Celtic Quick News on News Now
You are at:Home»Exclusive Series»THE SPIRIT OF 67: ROAD TO LISBON v VOJVODINA
By CQN Magazine on 7th May 2020 Exclusive Series

The Hoops were forced to come back from a goal behind to earn a last-four place after one of the most thrilling and dramatic climaxes to a rollicking encounter at Parkhead.

Here is the latest momentous episode on that never-to-be-forgotten journey to the Portguese capital.

TOMMY GEMMELL, so often the hero, was the culprit of the night as the Yugoslavs snatched a one-goal advantage to take to Glasgow for the return match.

Everything was going according to plan as Celtic tried to snuff out the gifted Slavs in midfield on a flint-hard surface that always threatened to conjure up the odd mistake or two.

Unfortunately, Gemmell became the villain of the piece 20 minutes from the end with a wayward pass. It fell between Bobby Murdoch and John Clark and that was all the darting Svemir Djordic needed to speed onto the ball. He squared it across to winger Milan Stanic and he drilled an unstoppable effort low past the outrushing Ronnie Simpson.

The legendary Vujadin Boskov, later to manage some of the biggest teams in Europe including Real Madrid, had ordered his team to give him a two-goal advantage and they poured down on Simpson as they tried to comply with his wishes. 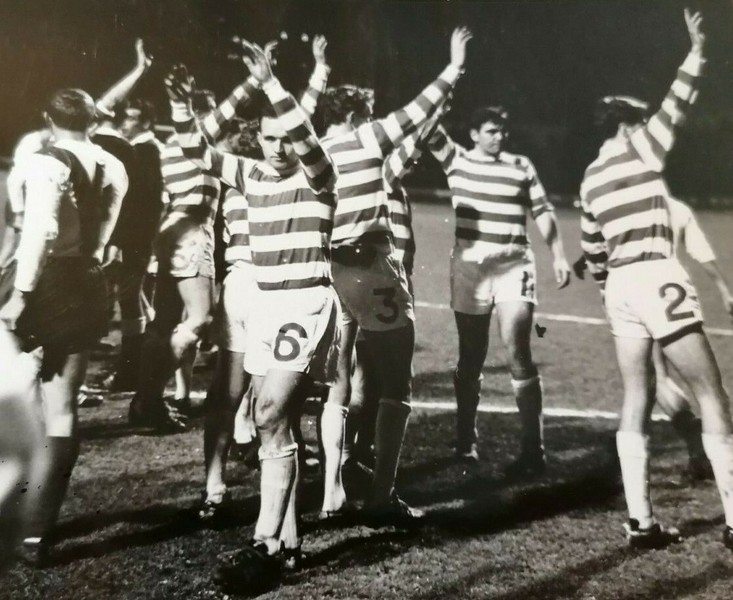 BEATEN BUT UNBOWED…John Clark leads the applause from the Celtic players after the reverse in Yugoslavia.

Vojvodina had been tipped by many as being dark horses for that season’s European Cup, They had beaten the highly-rated Spanish outfit Atletico Madrid in a replay to reach this stage and that proved their pedigree.

Their movement, strength and tactical knowledge displayed against Jock Stein’s men merely underlined their many attributes. However, it is to Celtic’s eternal credit that they refused to panic or fold in front of such impressive opposition.

However, the Slavs had to be content with Stanic’s solitary effort as Celtic shut up shop with Simpson, Billy McNeill and John Clark bolting the backdoor.

THERE have been many dramatic encounters at Parkhead over the years, but surely none as tense and fraught as this nailbiting  confrontation.

Picture the scene. The game was locked at 1-1 on aggregate with the clock running down. Celtic forced a corner-kick out on the right and Charlie Gallagher raced over to take it. 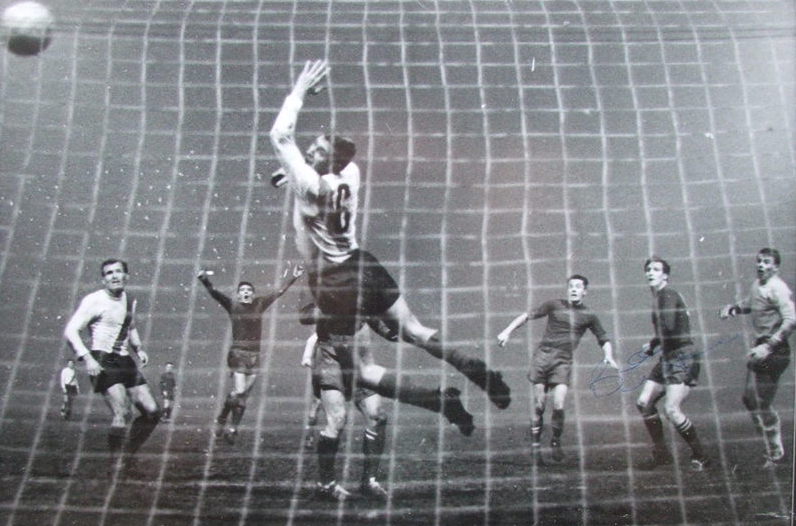 Up went skipper Billy McNeill, scorer of so many precious goals, as the Slavs protected their penalty area. Behind them was the exceptional Ilija Pantelic, a goalkeeper rated by many to be one of the best in the world.

It was a bitterly cold, frosty evening in the east end of Glasgow, but no-one was complaining. A crescendo of noise came up from the expectant crowd as Gallagher quickly appraised the situation as bodies jostled for position. It was all very frantic.

Gallagher, in the team at the expense of Bertie Auld, swung the ball into the middle of the goal. Pantelic made his move off his line. McNeill, surging past defenders, timed his run. The ball seemed to hang in the air for an eternity before it finally found its destination – McNeill’s head.

There was a dull thud, Pantelic looked back in horror, a defender tried to perform heroic acrobatics on the line, but it was to no avail. Big Billy’s header arrowed straight into the net and Celtic were in the quarter-finals of the European Cup. Bhoys’ Own stuff, no doubt about it.

Celtic had levelled the tie just before the hour mark when Tommy Gemmell made amends for his first leg loss of concentration that may have cost so dear.

He used John Hughes as decoy as he bombed down the left wing and pitched over an inviting centre. Pantelic sprang from his line, but the courageous Stevie Chalmers was even faster off the mark and he got there just ahead of the keeper to knock the ball into the gaping net. 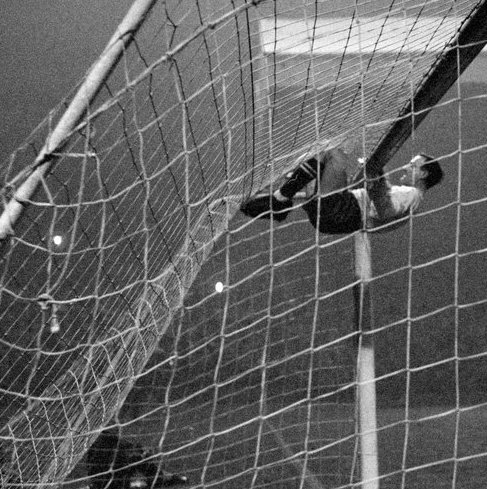 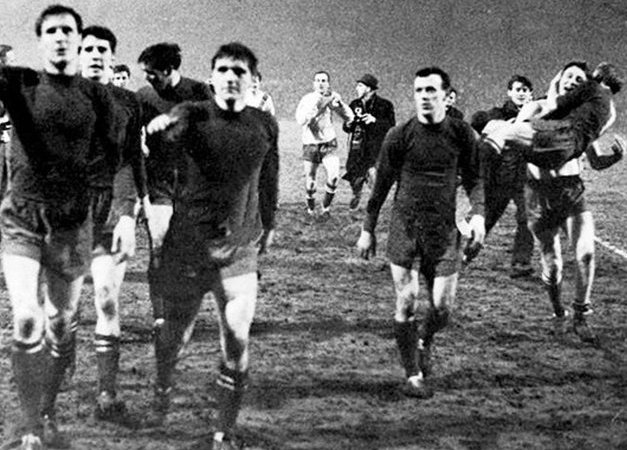 THE WINNERS…Billy McNeill leads the triumphant Celtic players off the field with Jimmy Johnstone getting a lift from Tommy Gemmell.

At full-time, the east end of Glasgow erupted in joy. The supporters were leaping around in sheer delight and even veteran keeper Ronnie Simpson got caught up in the moment by swinging from the crossbar on an evening of surging emotions.

McNeill’s soaring header set up the celebrations following a stupendous grand finale that still leaves the fans who witnessed it breathless if not as little awe-struck. A marvellous and enduring moment in the history of Celtic football club.

TOMORROW: The Spirit of 67: The Road to Lisbon: Dukla Prague