SPURS are demanding £1million for 34-year-old Joe Hart, the former England international keeper they signed for nothing a year ago.

Celtic are willing to pay the cash to solve their No.1 problem spot with the veteran netminder in their focus, despite missing the opportunity to sign him on a free last summer when he was released by Burnley.

Hart did not play a solitary league game for the Londoners although he did make 10 appearances in other competitions to maintain his match fitness, as CQN reported earlier this week. 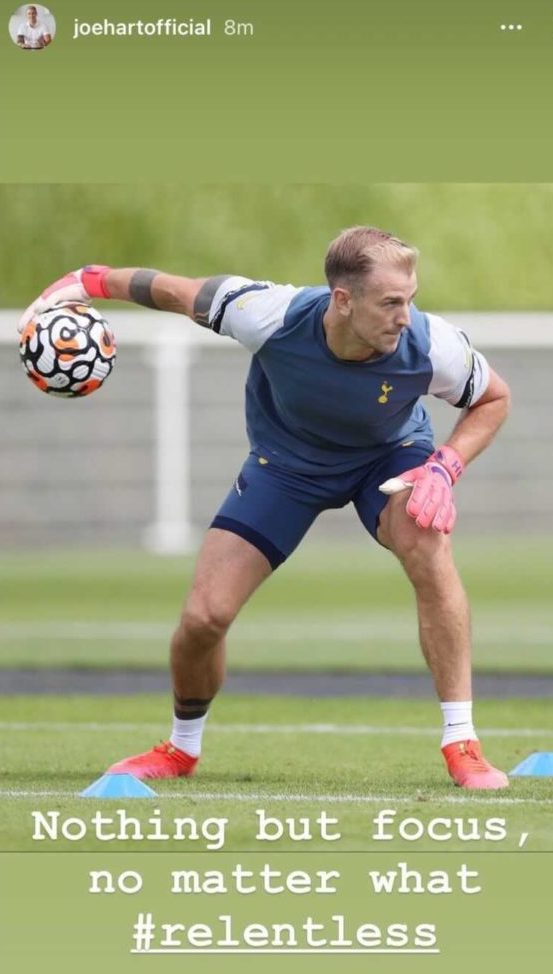 LOUD AND CLEAR…Celtic target Joe Hart’s Instagram says it all.

The Hoops have been in negotiations with the club for Hart who still has 12 months of a £53,000-per-week contract to run. They have been told to forget any hopes of landing the shotstopper for nothing, according to a report in the Daily Record.

If the Parkhead men cannot strike a deal for the former Manchester City star, they could turn their attention to another ex-England goalkeeper, Ben Foster, 38, who has lost his Watford place to Austrian international Daniel Bachman, who impressed in the Premiership two seasons ago while on loan at Kilmarnock.

Ange Postecoglou gave a vote of confidence to £4.5million Greek flop Vasilis Barkas at the start of the season, but yet another calamitous error contributed to the eventual Champions League exit when he allowed FC Midtjylland to level in Glasgow last week.

Scott Bain was in charge in the 2-1 extra-time defeat on Wednesday and, apart from one mistake in judgement when he allowed a right-wing cross to sweep under his body, played well enough to suggest he will in place when the league kicks off against Hearts at Tynecastle tomorrow night.