CELTIC’S £3.5million misfit Patryk Klimala is on the brink of a move to New York Red Bulls.

The Polish striker, who has scored just three goals in 28 appearances since joining the club in January 2020, is the target for the MLS outfit who have already made contact with the Hoops hierarchy, according to a report in the Daily Record.

The Big Apple club want the player on a permanent contract and the Parkhead side could recoup the fee they paid top-flight side Jagiellonia Bialystok for the 22-year-old forward who still has 36 months to run on his terms. 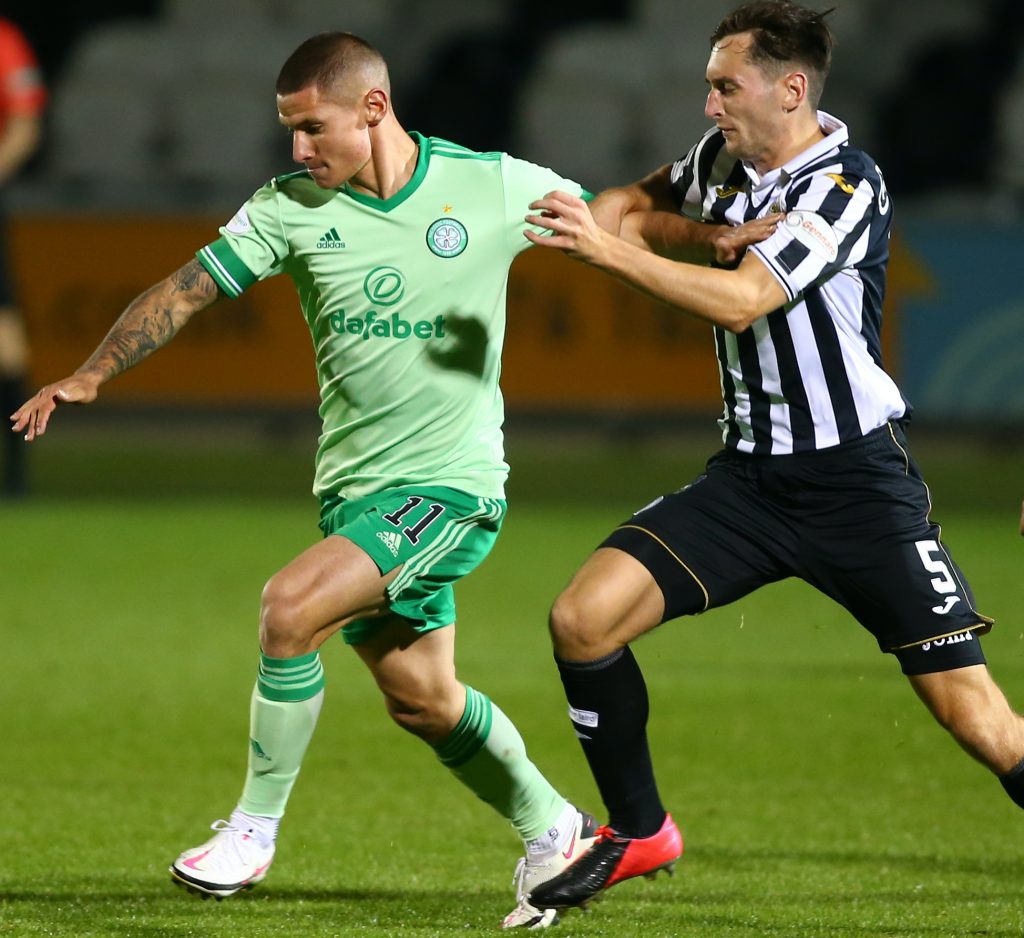 PUSH OFF…Patryk Klimala in action in the 4-0 win over St Mirren in Paisley this season.

Subject to visa paperwork and medical tests, Klimala will make the move to the States where he will catch up with former Celtic team-mate Cameron Harper, 19, who penned a three-year deal earlier this year.

The Americans also have another ex-Hoops player in their squad, full-back Andrew Gutman, who failed to make a first-team appearance during his brief stint in Glasgow.

Klimala clearly worked hard during lockdown to bulk up in his quest to make an impact at Parkhead, but the player has struggled in his rare appearances.

A move to New York could be the ideal answer for the club and the player.