SWISS keeper Ben Siegrist insists his move to Celtic is “a match made in Heaven” after he agreed a four-year contract.

The 30-year-old shotstopper left Dundee United at the expiry of his deal at Tannadice and has been snapped up by Ange Postecoglou to add competition to the No.1 position.

Joe Hart, five years the new Bhoy’s senior, will be the man in possession after his convincing debut campaign following his £1million three-year switch from Spurs last August. 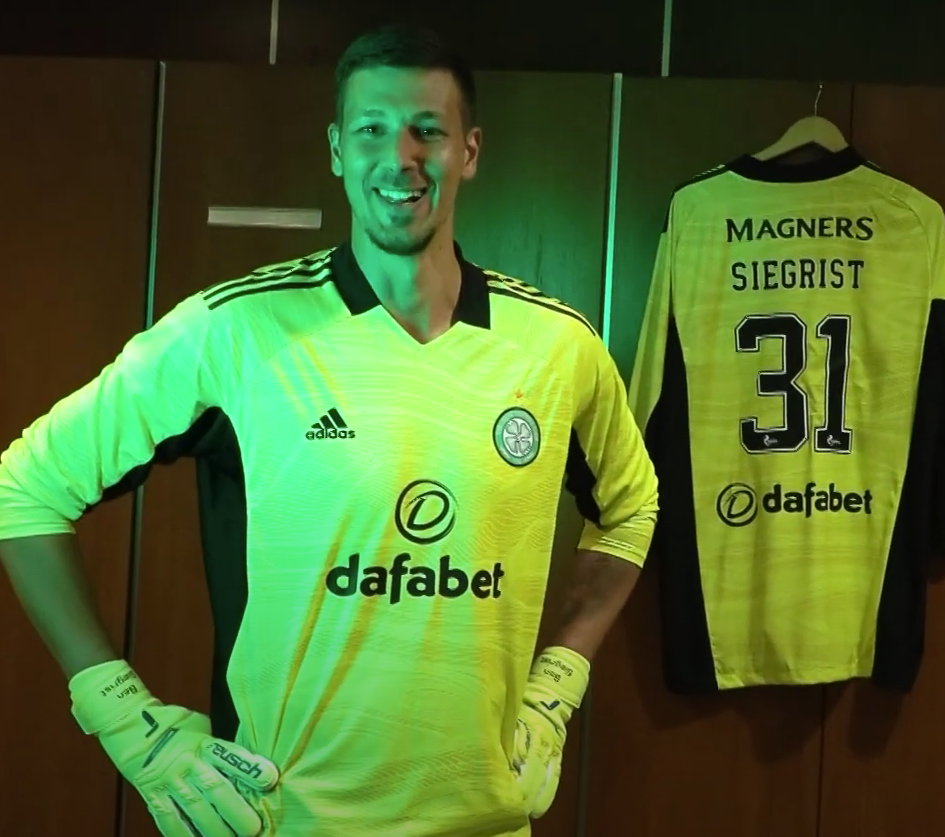 Scott Bain was utilised as back-up last term after Vasilis Barkas failed to impress the incoming manager, especially with his howler to allow FC Midtjylland to level in the 1-1 draw in the first leg of the Champions League qualifier during the Greek-Australian’s first competitive outing.

The £4.5million netminder from AEK Athens made only one other appearance – a 3-1 win over St Johnstone in Perth on Boxing Day – and was shipped out on a season-long loan to Dutch outfit FC Utrecht earlier this month.

That opened the door for Siegrist and, shortly after signing the deal, the athletic shotstopper admitted: “It feels amazing, it’s a very proud feeling to be here and I’m really, really excited.

“I can’t wait to get going and meet the staff, the players and, ultimately, play for this football club. 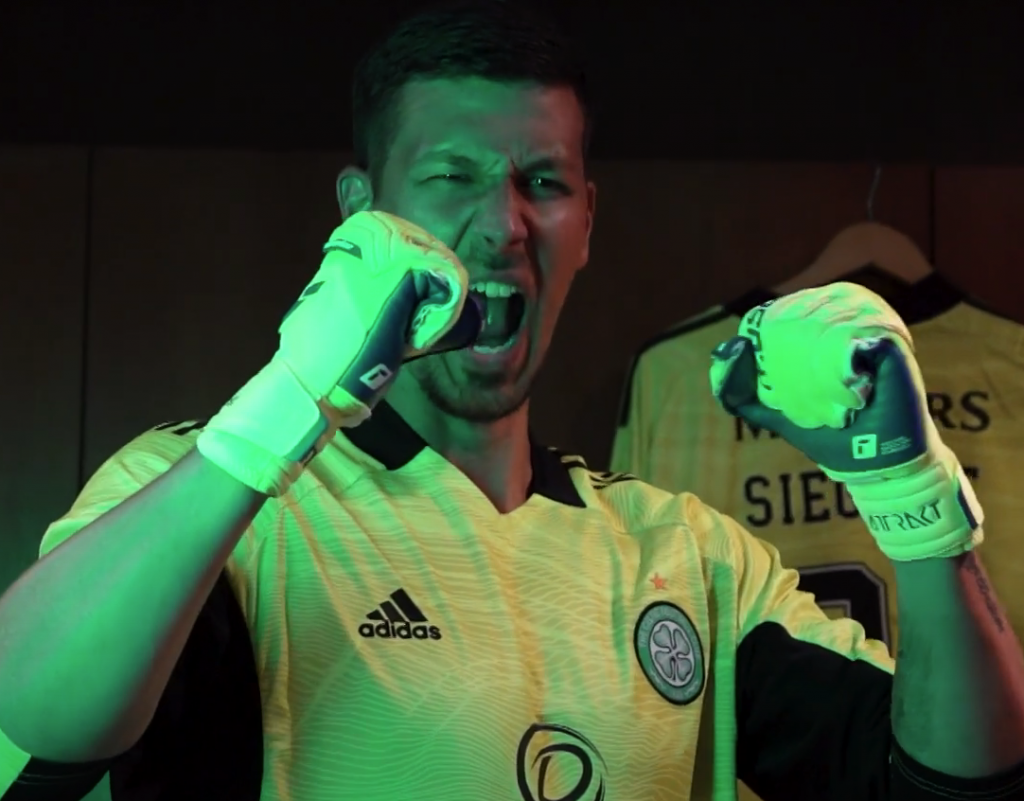 “I had a phone call from the manager, he hung up the phone and I think people just knew straight away that something good was happening. It was a very proud moment in my career,

“To be here and be representing the football team, the colours, the city and everything, it’s a hugely proud moment and everything I’ve always wanted to be – at a top environment, at a top team and it simply can’t get any better than this.”

Siegrist, who had an impressive sequence of performances against the Hoops in recent times, continued: “Of course, you know you’re going to be busy playing against such a talented side and international players, so I was never short of motivation. And to be here and competing now for Celtic is just amazing.

“So, obviously coming here and playing here is a different vibe, it’s a different stadium and it can be too big for you, but I’ve always enjoyed the big occasions and that’s something I want to bring here, as well.”

Siegrist, speaking to Celtic TV, said: “I’ve had a good chat with the manager, his vision for the club and this is the perfect fit.

“I wanted to be part of it. I know his system is somewhat different than what I’m used to playing, but I’ll look forward to better myself and to learning the system and making sure I can be relied upon. 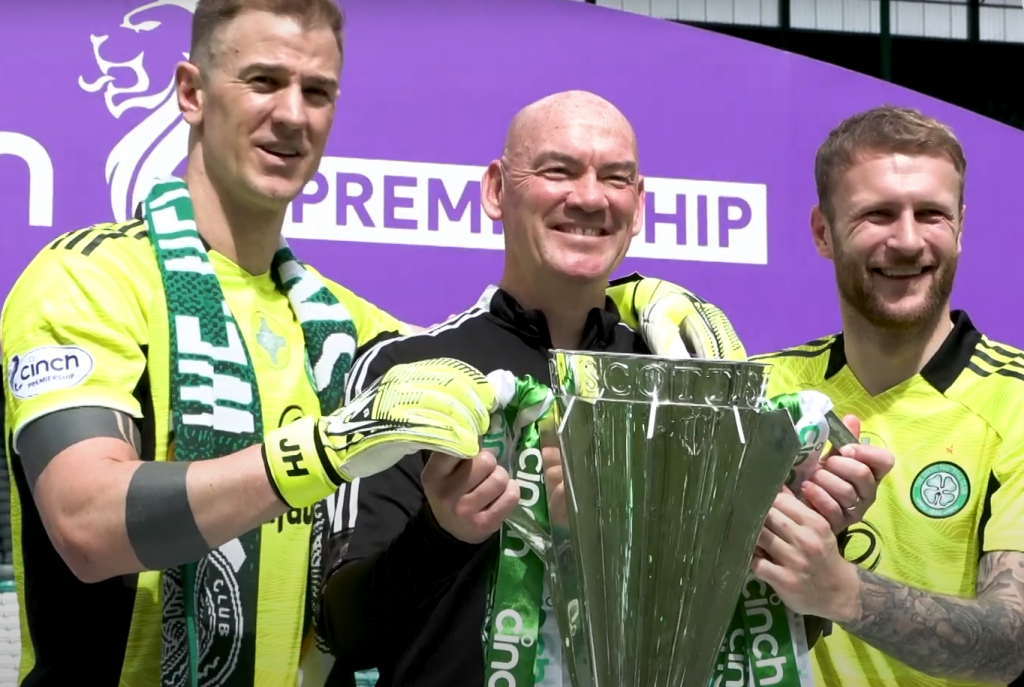 “I’ve heard very good things about the goalie coach, Stevie Woods. I think everybody’s told me he’s the best, so, it’s a match made in Heaven because I want to work and want to improve. I feel like this is the perfect opportunity for me to do so at such a great football club.”

Speaking about the qualities of 75 times-capped England international Hart, the Swiss star added: “Joe needs no introduction, Joe was a role model and he’s still is a role model for me.

“I’ll look up to him and he’s such an imposing figure in the goal with loads of experience – winning titles in England and obviously just being around him, I want to learn as much as possible.

“But I want to compete, I want to push him, he’s certainly going to push me all the way. I look forward to the whole Goalkeeping Union with Scott Bain, as well.

“The GK Union, we’re special, so I look forward to a good relationship with all the goalkeepers.”