Celtic Quick News on News Now
You are at:Home»Latest News»BENKOVIC FOCUS IS ON VICTORY
By CQN Magazine on 13th December 2018 Latest News

FILIP BENKOVIC insists Celtic will IGNORE the one point required against RB Salzburg at Parkhead tonight to guarantee a place in the Europa League knock-out stages after the turn of the year.

Instead, the on-loan Croatian central defender believes Brendan Rodgers’ side will go all out for a victory against the Austrians who have already qualified with a 100 per cent record after five games.

The Hoops took a surprise lead in the game in Salzburg when Odsonne Edouard netted in only two minutes and the £10million Frenchman had another effort ruled out – correctly – for offside before the interval.

However, the roof fell in on the Scottish champions in the second-half as they conceded three goals – one a penalty-kick – and had winger James Forrest red-carded.

Back-to-back wins over RB Leipzig (2-1) and Rosenborg (1-0) mean only a draw is required this evening under the floodlights in the east end of Glasgow to make certain of a last-32 place. 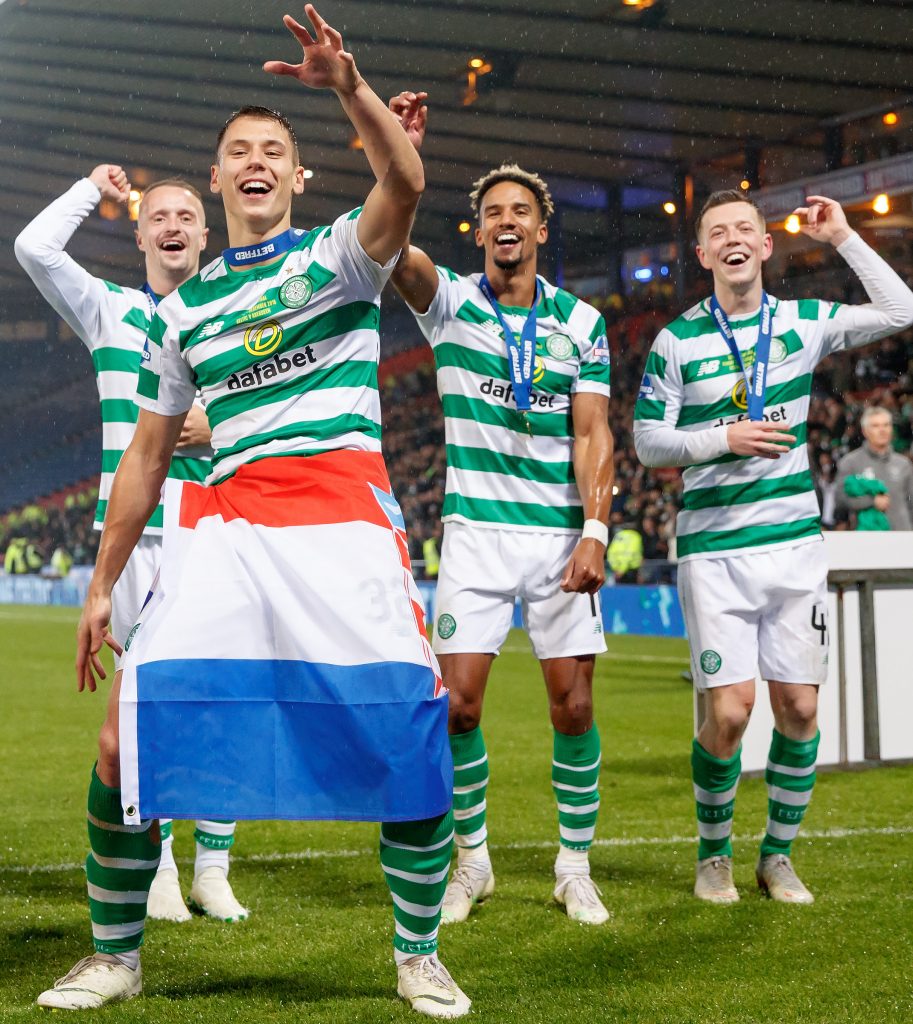 Benkovic, 21, said: “We are a team who plays attacking football most of the time, so we will do the same in this game, as well. It’s not good to only go for a point.

“This is not our mentality. We want to take three points. For 90 minutes, we must be behind each other.

“We know how they are a good team with good players. We must focus more than 100 per cent for this game and we must believe that we can take a positive result.

“They are doing very well this season and in the Europa League, too.

“Their results are down to their team spirit and they play very well like a team. We must play for each other.

“We’ll need to be patient and believe that we can get a good result.”

With Belgian international Dedryck Boyata still struggling with the hamstring injury sustained in the 1-0 Betfred League Cup Final triumph over Aberdeen, Benkovic is likely to be partnered by his fellow-countryman and former Dinamo Zagreb team-mate Jozo Simunovic tonight.