Celtic Quick News on News Now
You are at:Home»Latest News»BENKOVIC UP FOR GRABS
By CQN Magazine on 6th January 2021 Latest News

FILIP BENKOVIC, who became a Celtic fans’ favourite during his loan spell in season 2018/19, is up for grabs.

Benkovic originally agreed a season-long deal with the Welsh club, but the cultured 23-year-old Croatian has made only one substitute appearance for the Welsh club. That came as a substitute for skipper Sean Morrison during the 2-1 defeat at rock-bottom Wycombe Wanderers.

Rodgers wants his player to get game-time and has brought him back with a view to allowing the back-four operator to move out again during this transfer window, according to a report in Leicestershire Live.

Neil Lennon is on the look-out for a new centre-back following the knee injury to Christopher Jullien which could keep the £7million Frenchman out for the remainder of the season.

Benkovic, who was signed by the Midlands side in a £13million switch from Dinamo Zagreb in August 2018 only weeks before moving to Parkhead, could now come on the Irishman’s radar. 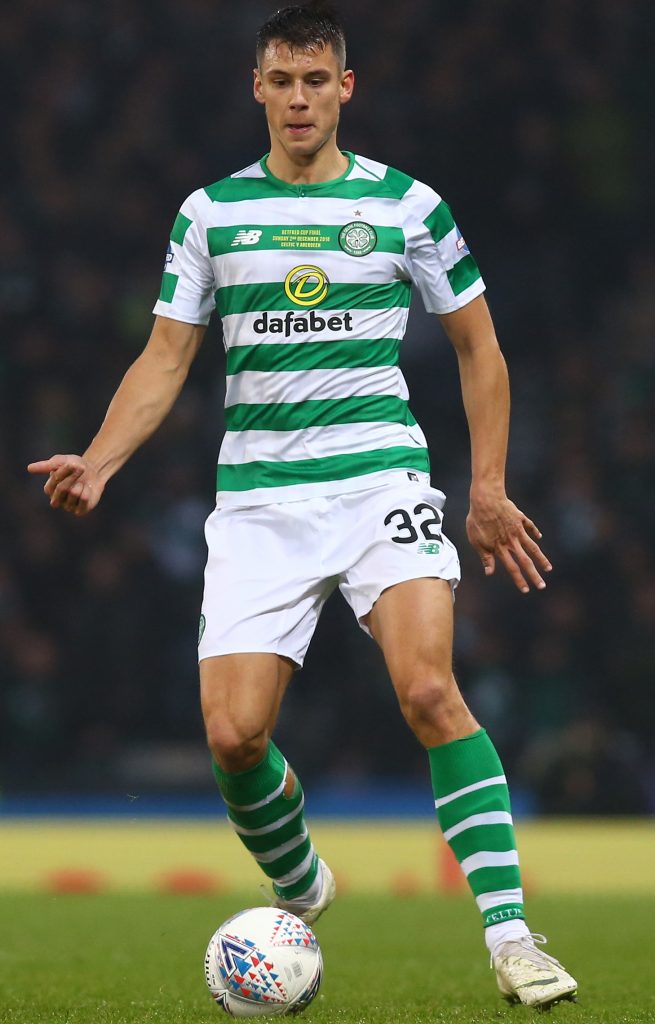 ON THE BALL…Filip Benkovic during his loan spell at Celtic.

He fits the system preferred by the Celtic gaffer. Shane Duffy, who agreed a year-long loan move from Brighton in the summer, hasn’t fitted in and Nir Bitton’s emergency stint in the back-four is surely over after his red-card rugby challenge on Alfredo Morelos that saw the game change dramatically on Saturday.

Until his naive sending-off in the 62nd minute, the champions had dominated. Eight minutes after his dismissal, Callum McGregor unluckily deflected a right-wing corner-kick past Vasilis Barkas for the only goal of a frustrating afternoon at Ibrox.

Benkovic, who also had a stint at Bristol City last season, has proved he is a good fit at the Hoops.

“Thankfully for myself, I’ve seen the level. When he was with me at Celtic he played against RB Leipzig and he was sensational. Really, since that first 10 games at Celtic, he hasn’t maintained a level of fitness and performance that I know he can.

“Hopefully, for him he can get playing again and if it’s not going to be at Cardiff in the longer term, then we’ll look at it from there.”