The Greek-Australian turned the squad upside down following his appointment in June last year. He inherited a dispirited pool of players who had failed miserably in their historic attempt at 10 in a row and hadn’t made a dent on the two domestic Cups.

The Champions League adventure was over at the first hurdle when they flopped at home to unseeded Ferencvaros and the results and performances in the Europa League group were nothing short of embarrassing. 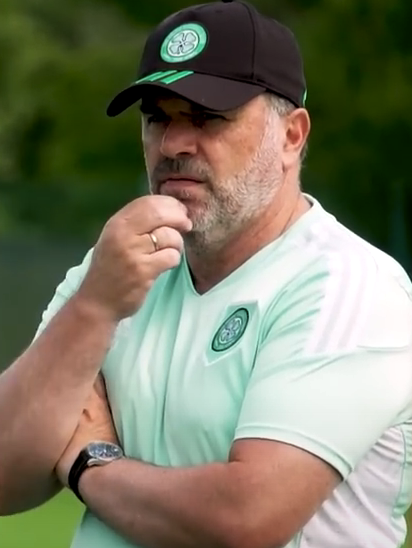 THE THINKER…Ange Postecoglou ponders his squad while watching a training session at Lennoxtown.

Postecoglou, though, set about his playing resources with the likes of Odsonne Edouard, Ryan Christie and Kristoffer Ajer moving across the border and long-serving skipper Scott Brown heading for his ill-fated stint as player-coach at Aberdeen.

The likes of Liel Abada, Kyogo Furuhashi, Josip Juranovic, Giorgos Giakoumakis, Joe Hart and Carl Starfelt were introduced on permanent deals in the summer transfer market while the Japanese trio of Reo Hatate, Daizen Maeda and Yosuke Ideguchi plus bargain £1.5million buy Matt O’Riley arrived at the turn of the year.

Filipe Jota and Cameron Carter-Vickers agreed loan deals from Benfica and Spurs and they signed long-term contracts in the summer.

Postecoglou, though, has continued to work at a frantic pace in strengthening the squad for the challenges that lie ahead and £3.75million Argentinian left-back Alexandro Bernabei, Swiss keeper Benji Siegrist and Australian midfielder Aaron Mooy have joined the crusade. 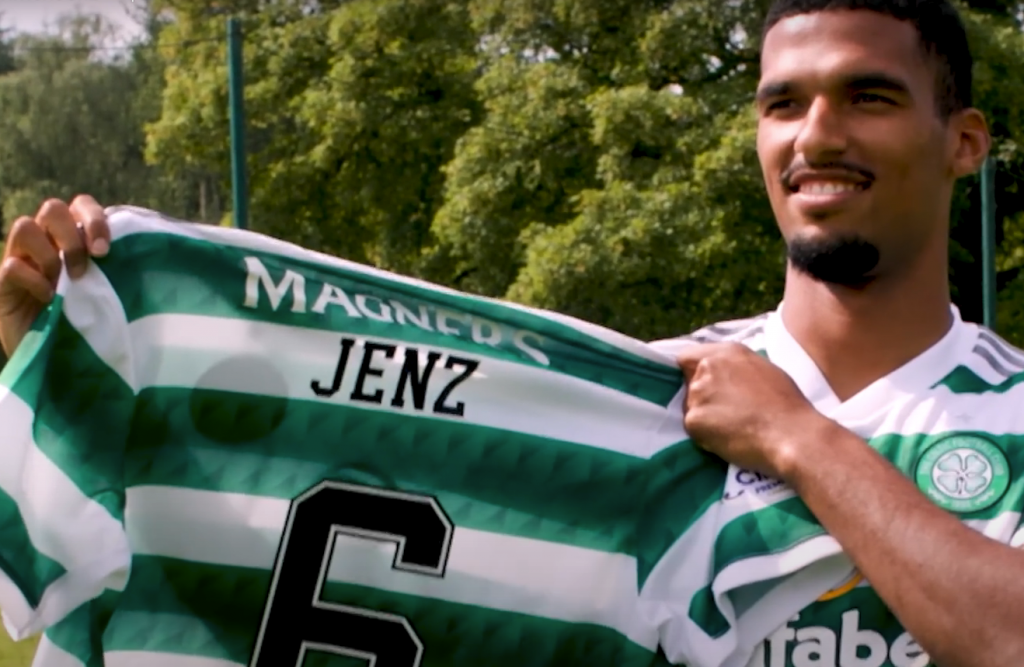 German centre-back Moritz Jenz has been added to the defensive options after agreeing a temporary switch from Ligue 1 Lorient.

The work done in the market place has left one-time Hoops fans’ favourite Grant in no doubt the manager has assembled enough talent and quality to lead the team to a second successive crown.

The former competitive midfielder believes his old team are in a good place as they prepare to begin the defence of the championship with a visit from Aberdeen on Flag Day on Sunday.

Asked for his league prediction, Grant, speaking to the Go Radio Football Show, answered: “I’m going to surprise you and say Celtic.

“I think it’s proven that they have the best squad, I would say, at the moment. 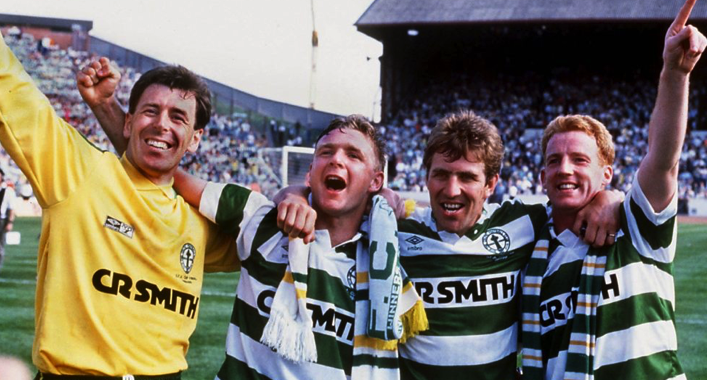 “They have 20-22 players you would call first-team players and I don’t think Rangers have that. I think they have signed quality, I have been very impressed with the signings Rangers have done, but I just think Celtic have a more rounded squad.

“I would still like another defender. I know they signed Moritz Jenz last week, but I feel that is an important area for them, centre-back.

“If Christopher Jullien goes, I think they will need another central defender, because it’s a long season and an awkward season with the World Cup.

“I definitely think they have changes they can make, but you judge the best teams by the bench.

“I think Celtic have the best bench.”