Celtic Quick News on News Now
You are at:Home»Latest News»BHOY OH BHOY – A DAY TO REMEMBER FOR ERIK!
By CQN Magazine on 4th April 2016 Latest News
ERIK SVIATCHENKO welcomed the birth of his son, William, in the early hours of Saturday morning before racing over to Celtic Park for the 12.30pm kick-off against Hearts.
And the Danish defender celebrated the birth of the Bhoy in the Hoops’ crucial 3-1 triumph over dangerous opponents to push Ronny Deila’s men three more points towards a fifth successive title. 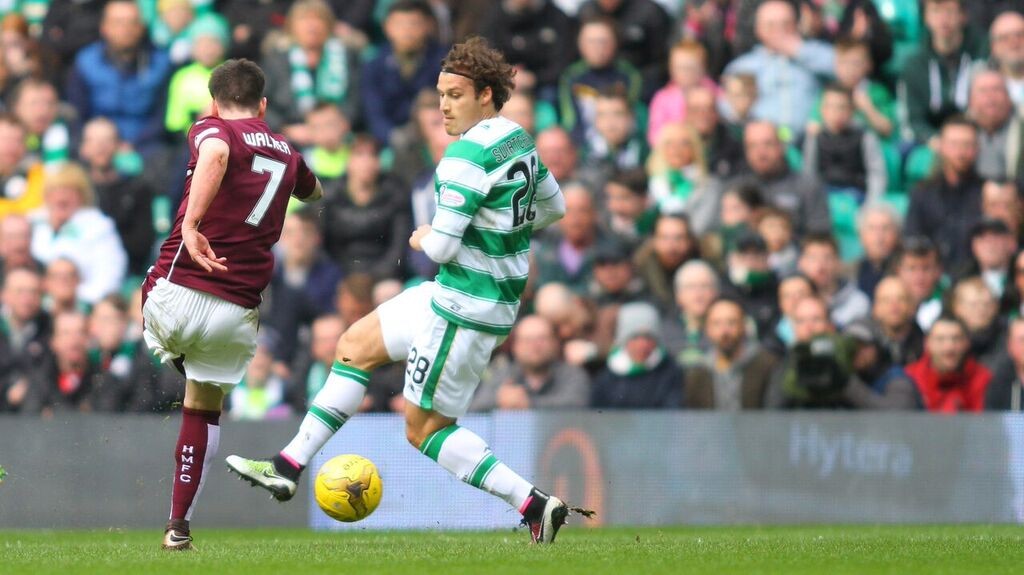 Erik’s partner, Anne Rudmose, who has signed for Celtic Ladies, was doing fine, according to the £2million January signing who was naturally thrilled with the new addition.

The international centre-half said: “They are both in the hospital and looking fresh. Everything is a blessing at the moment.”

Sviatchenko was delighted with the double celebration after the victory over the Edinburgh outfit following two previous draws in the league with Robbie Neilson’s stubborn outfit.
He said: “After five minutes, we were behind 1-0, but we showed the character we need if we want to succeeed, If you don’t have that, then you find it difficult to win games. However, we showed it against Hearts.

“It was a massive performance with our chest held high. Game-wise, it was not so good, but the most important thing is we had the right attitude and we won the game.”

The Great Dane was also delighted for two-goal Patrick Roberts with the on-loan Manchester City winger staging his own personal Patrick’s Day in the east end of Glasgow.

He added: “It was really nice to see Patrick show his skills. There were lots of positive things, attitude-wise. We can improve, but that is okay.

“There are lots of good things happening at the moment. To win something and be remembered for winning something were my exact words when I first came here and I know that we can do it now.”

* Sviatchenko was talking to Celtic TV.