ANGE POSTECOGLOU will demand a spark from his firing squad when Celtic face Hibs at Easter Road at midday tomorrow.

The Hoops boss watched his side draw a blank in the 2-0 loss to Bodo/Glimt in the Arctic Circle on Thursday night to exit the Europa Conference League on a dismal 5-1 aggregate.

Postecoglou’s men scored in 10 successive outings as his managerial career kicked off at Parkhead before the 1-0 loss at Ibrox at the end of August.

Amazingly, they failed to score three matches later when they collapsed 1-0 at Livingston before again misfiring in the 4-0 loss to Bayer Leverkusen in Glasgow in the Europa League Group H confrontation. 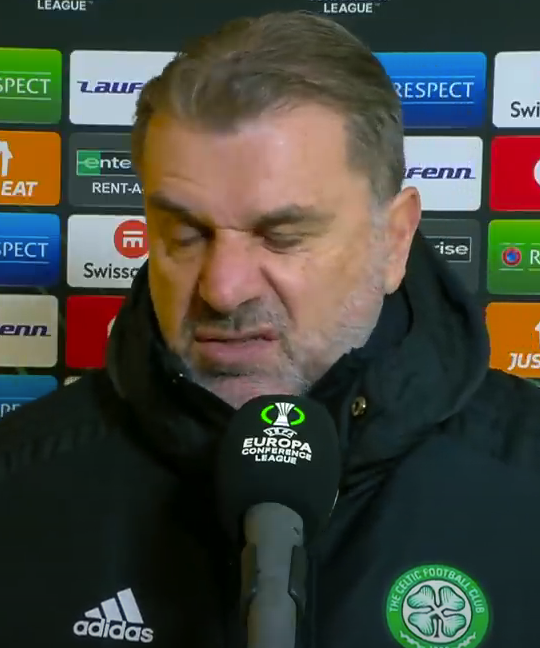 UNIMPRESSED…Ange Postecoglou wasn’t happy with his team’s finishing in Norway.

Giorgos Giakoumakis squandered a stoppage-time penalty-kick in a frustrating scoreless stalemate against Livi at Parkhead on October 30 and the next time they failed to hit the opponents’ net came against St Mirren in Paisley just before Christmas in a dull deadlock.

They embarked on a run of 11 successive matches collecting 28 goals along the way before Thursday’s frustrating Euro misfire in Norway.

Liel Abada and Daizen Maeda had chances against Bodo to score in the second-half, but both blazed wildly over the bar from excellent positions and the Israel winger also had a powderpuff effort comfortably saved by rookie keeper Joshua Smits when he could have done so much better.

Agreeing there had been a spirited performance from second-half substitute Abada, Postecoglou said: “He did, but he missed some chances.

“That’s the quality we want them to get to and that’s his challenge because I think he could have had at least a couple of goals in Norway. 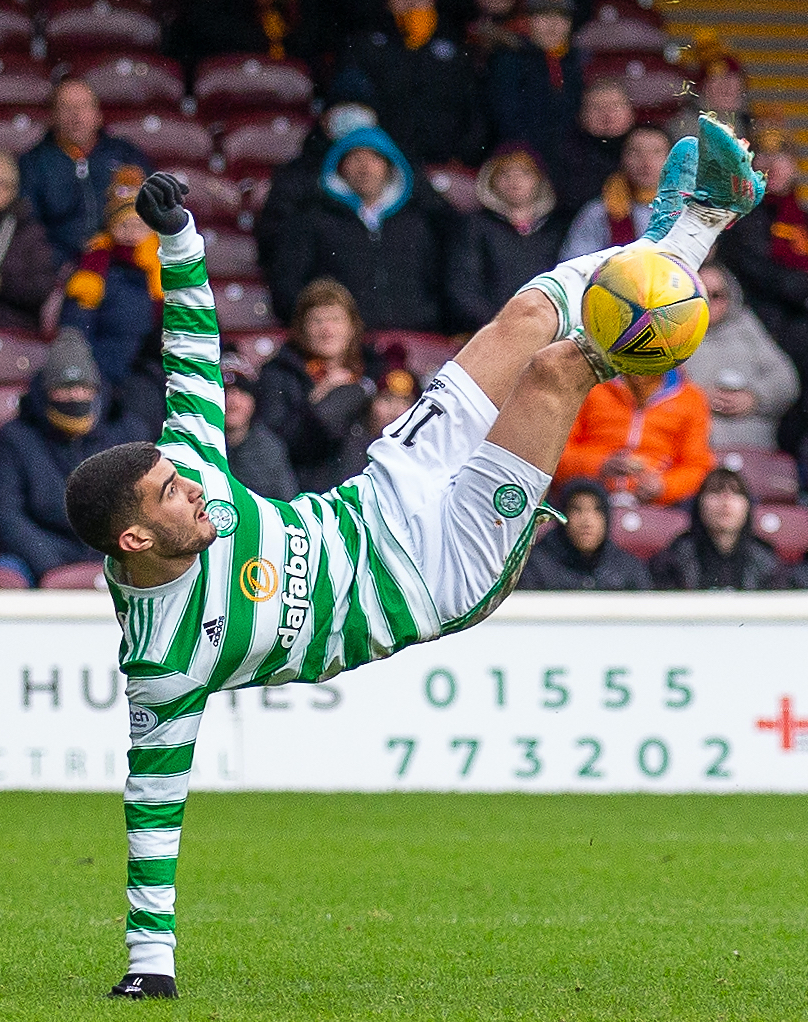 FOR MY NEXT TRICK…Liel Abada performs an overhead-kick in the 4-0 win over Motherwell at Fir Park in December. This effort was ruled out for offside.

“That’s what I am talking about with levels of performance. It’s not just we didn’t play well, but in both games we had chances and haven’t tested the keeper. Daizen Maeda had one as well.

“Liel did very well, but I’m hoping he’s disappointed he didn’t score a couple of goals because he has scored in Europe before.”

Abada, who has claimed 14 goals since his £3.5million arrival in the summer, and skipper Callum McGregor replaced the lacklustre duo of Tom Rogic and Matt O’Riley at the interval and both are likely to play against Shaun Maloney’s side in Edinburgh as the Hoops go into a confrontation knowing a win will put them SIX points ahead of Giovanni van Bronckhorst’s men who take on Motherwell later in the afternoon. 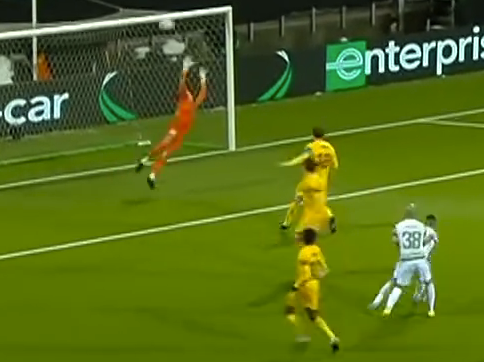 OVER THE TOP…Liel Abada, in front of Daizen Maeda, blasts off target against Bodo/Glimt. 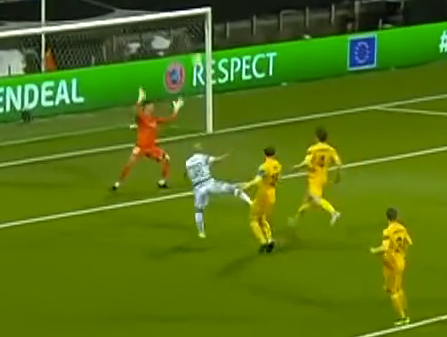 OVER THE TOP…Daizen Maeda thumps one waywardly off target.

Postecoglou is looking for a higher standard from his players and, speaking to the Daily Record, added: “There’s no good that comes from defeat. We weren’t good enough and we haven’t progressed, so it’s disappointing.

“But that’s a separate issue. We have a big game on Sunday, another difficult game away from home against a good side.

“So, we have to make sure that we perform well, as we have been. That’s the expectations on our football club, that we perform in all competitions and our next challenge is the league tomorrow.

“That’s what I am talking about. We want these players to get to that level.

“I think that they can, but they’ll only do it if we keep exposing them and keep putting that assertion on them that close enough is not good enough.

“We have to expect it’s going to be a tough game. It always is when you are away from home. We’ve just got to make sure we perform well.”