SCOTT BROWN is facing a D-Day as he ponders his Celtic future.

The 33-year-old skipper is out of contract at the end of the season and has yet to sign an extension at the Hoops.

His future will become a lot more clear today when the Australian club that hope to sign him will learn if they will be playing top-flight football in the new term.

The Aussie FA is expected to announce if Western Melbourne have won a protracted battle to secure one of two proposed new franchise spots in the country’s A-League.

If they get the go-ahead, they are likely to make a firm offer to the Hoops star who joined the club from Hibs in a £4.4million switch 11 years ago.

Brown has been locked in talks with the Parkhead side’s chief executive Peter Lawwell over a new contract for the past six months. 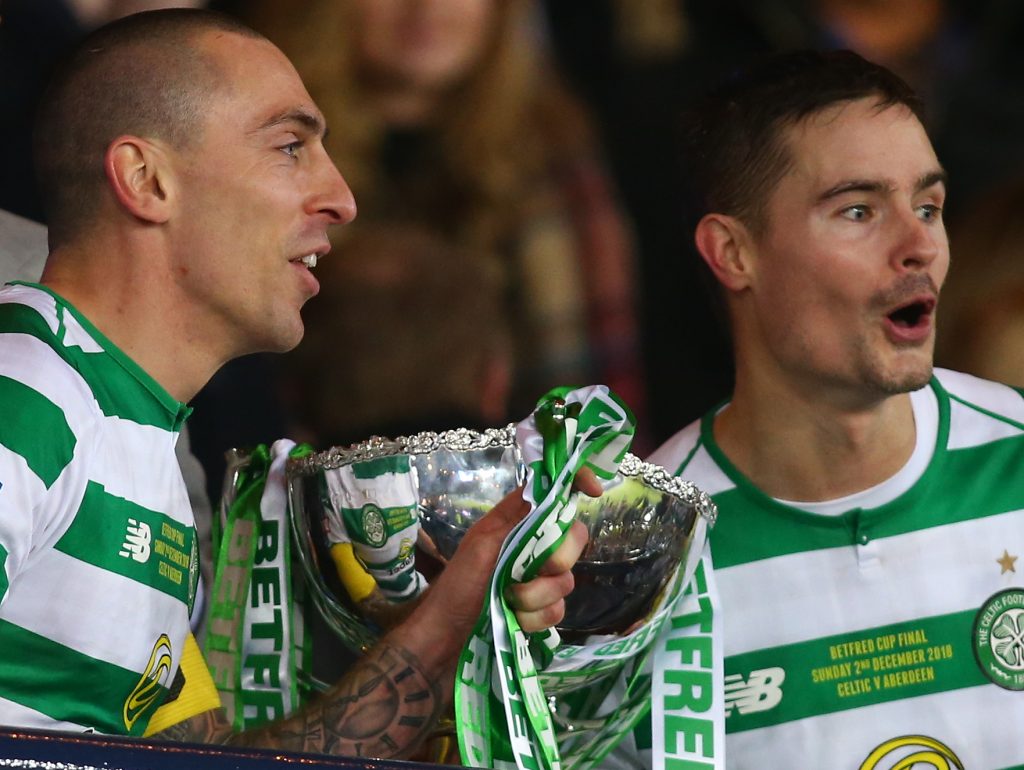 HAMPDEN HOORAY…Scott Brown and Mikael Lustig with the League Cup after the 1-0 win over Aberdeen. Pic: Geo.

The player has been given time to make a final decision while the Australian league expansion plans have been repeatedly delayed.

But Brown is no longer seen as an automatic first-team pick for Brendan Rodgers since his hamstring injury in the 4-2 win over Hibs at Parkhead on October 20.

Callum McGregor has been a revelation in the captain’s anchorman role in the line-up and took the starting position for this month’s Betfred League Cup Final success over Aberdeen.

Brown came on as a second-half substitute to help the Hoops protect the lead given to them by Ryan Christie in first-half stoppage time.

He faces being on the bench again tomorrow night when the champions take on RB Salzburg in the crucial Europa League Group B encounter at Parkhead when one point will be enough to see Rodgers’ men play in the knock-out stages next year.