CELTIC skipper Scott Brown’s hamstring injury will keep him out of the game against St Johnstone at Perth tomorrow.

The 33-year-old midfielder sat out the 3-1 defeat from RB Salzburg in Austria in Thursday when Youssouf Mulumbu deputised and impressed before running out of steam and being substituted 13 minutes from time by Ryan Christie.

However, Brendan Rodgers expects the former Scotland international to be back in time for the visit of Hibs in a fortnight’s time.

The Hoops boss confirmed: “He should be fine after the international break.

“These two games were risking it too much. He will work medically next week and then should be training the following week.” 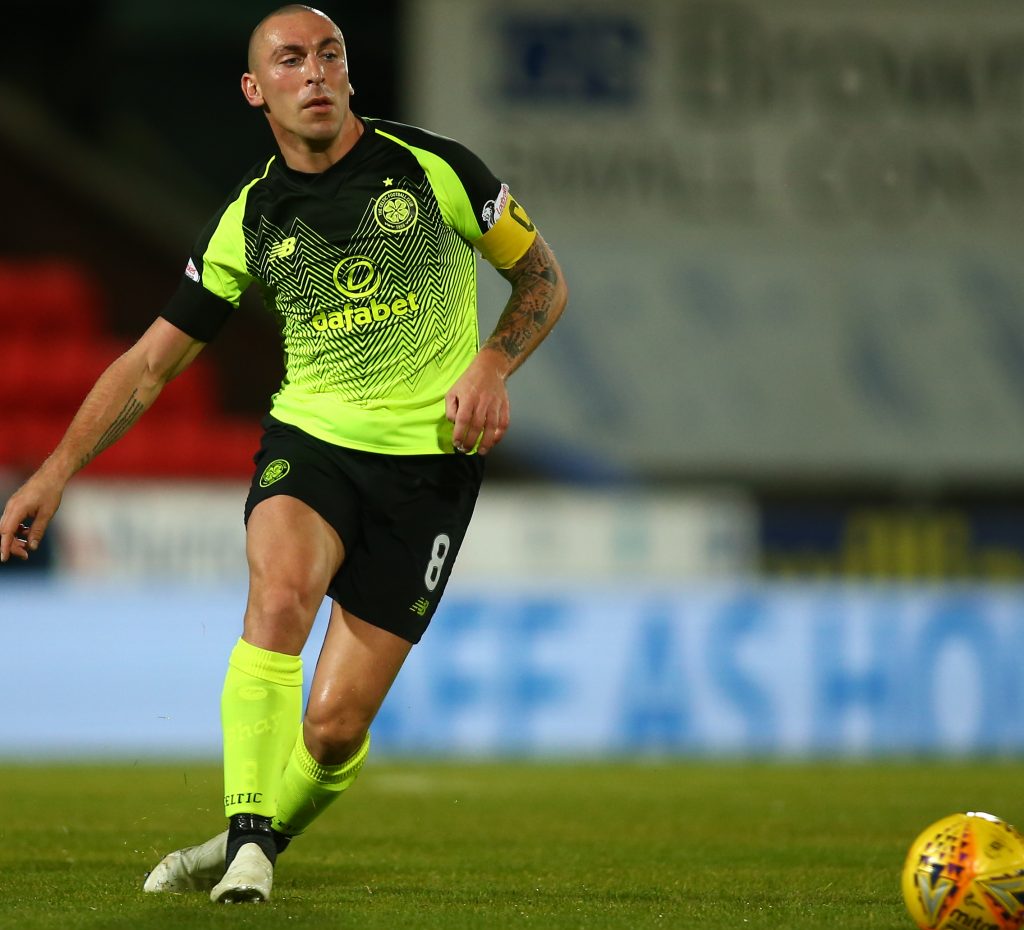 Filip Benkovic, the on-loan centre-back from Leicester City who came off during the warm-up before the 2-1 loss at Kilmarnock, is also on the brink of a return and he could be joined by Australian World Cup midfielder Tom Rogic.

Rodgers added: “Filip will train today and Tom is back, too. He’s training.

“If they come through the sessions today and tomorrow, they’ll be okay for the weekend.”