Celtic Quick News on News Now
You are at:Home»Latest News»BROONY: ‘WE ALL WANT HIM TO STAY’
By CQN Magazine on 1st March 2021 Latest News

STEPHEN WELSH has urged veteran skipper Scott Brown to stay at Celtic and continue to act as an inspiration for his team-mates.

The midfielder warrior will be 36 in June and is out of contract at the end of the season.

Brown, who was signed by Gordon Strachan from Hibs for £4.4million in 2007, has yet to make up his mind on his next move in a spectacular career that has seen him pick up TWENTY-TWO HONOURS at the club.

Welsh is desperate for the influential powerhouse to be in place as the Hoops go in search of their tenth title in 11 years and insisted: “Broony is massive for us. Massive. He’s our leader and we would miss him a lot if he wasn’t there next season.

“We need to take every day as it comes and I don’t know what he’s going to do. Personally, I would love him to be here as long as possible because he helps me so much.

“He helps every single player in the team as captain and when he’s on the pitch he is brilliant for us.

DOWN – AND IN…Scott Brown dives to score with a header in the 4-0 win over Kilmarnock last month.

“We will see what happens, but Broony is such an important player for us. His intensity in every single training session never drops for a second.

“Every single day, even if it’s a rest day, he is doing everything he can to prepare in the right way.

“If you look at our training sessions, his stats are still up there as the highest in terms of runs.

“Broony is always at the top and he is one of the fittest players in the team.

“He has been brilliant for Celtic for so many years and it goes without saying that we all want him to stay.

“It’s completely up to him. He’s achieved so much for the club and it’s only right that he makes the decision.

“But yeah, of course, we all want him to stay.” 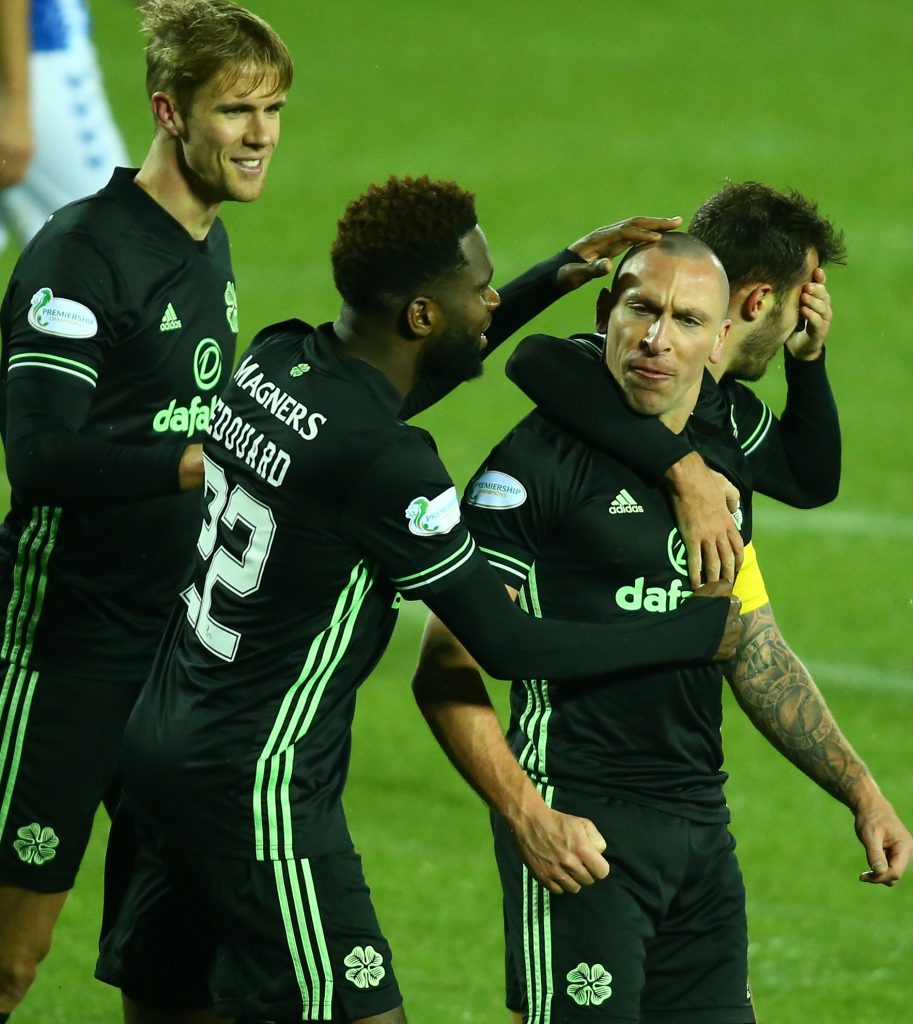 LEADING FROM THE FRONT…Scott Brown is congratulated by Odsonne Edouard and Albian Ajeti after his goal at Rugby Park. Kristoffer Ajer looks on.

Brown was in the thick of the action during the hard-fought 1-0 win over Aberdeen at Parkhead on Saturday where interim manager John Kennedy put on Ismaila Soro to play alongside him in the second-half as the team sought to seize control of the middle of the park again against a determined Pittodrie outfit. David Turnbull was the player to make way.

Welsh, speaking to the Daily Record, added: “Everybody sees what he does on the park, but off the park he is just as big.

“When it comes to the atmosphere in the changing room and bringing everyone together, Broony is at the centre of it.

“He gets us going, he leads us on the park, he’s always talking to you and he is also a quality player.

“You can’t discount how good a player he still is and he has been such a big help to me over the last few years.”