CALLUM McGREGOR reckons he and Scott Brown will be the best of enemies next season.

The chums will now be going head to head when Celtic take on Aberdeen in the new season and the Scotland international midfielder reveals it will be “strange, but interesting” to be involved in duels with the Hoops captain.

The club powerhouse, of course, will pull down the curtain on a spectacular 14-year career at Parkhead that yielded a remarkable 22 honours when he switches to Pittodrie in a player/coaching role alongside his former Hibs colleague Stephen Glass, the club’s new manager.

McGregor and Brown have played side-by-side since Ronny Deila introduced the-then promising youngster to his first team in the summer of 2014.

It will be all-change in the new campaign and the Celt, who is likely to take over the captain’s armband, admitted the old warhorse, who will be 36 in June, will be a formidable and ferocious opponent when they lock horns. 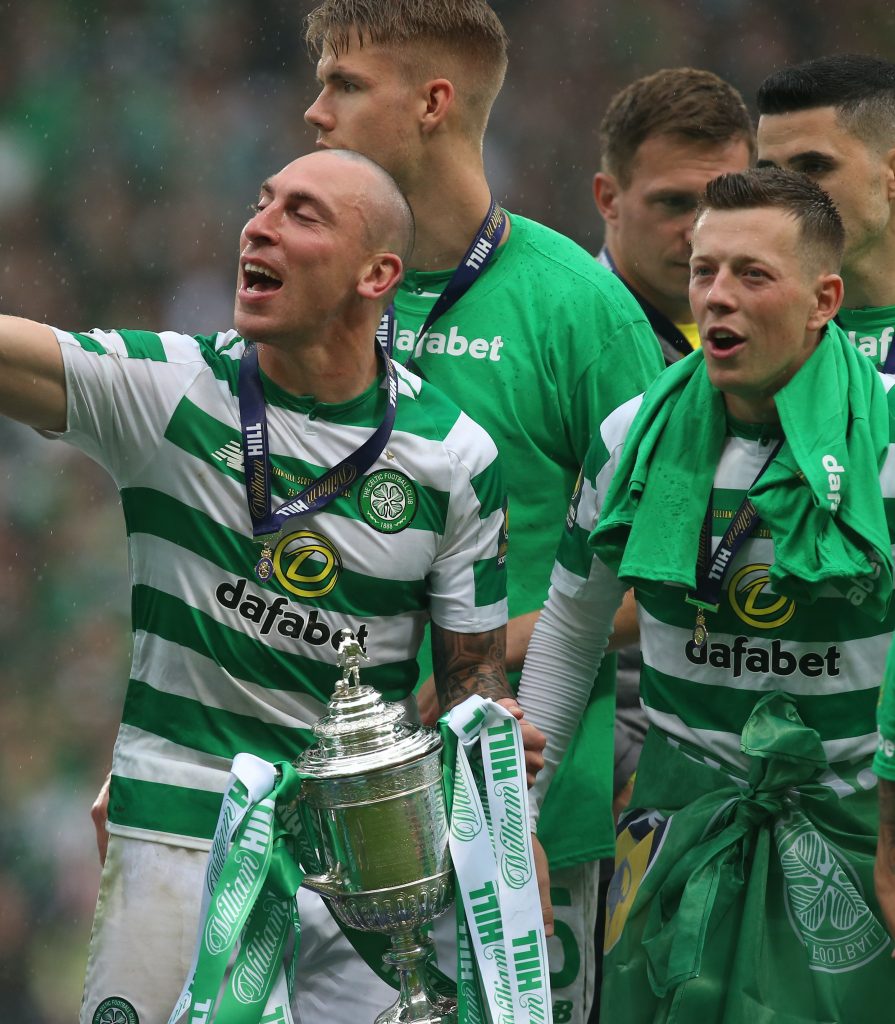 CHEERS…Scott Brown and Callum McGregor celebrate the 2-1 Scottish Cup Final triumph over Hearts on May 25 2019.

McGregor said: “He will be the one kicking me! It will be strange, but interesting, to go up against him.

“He and I have always been partners in there and I am looking forward to the challenge. I am sure he will, as well. It is a new chapter for him.

“He has been an unbelievable captain for Celtic, a huge leader and presence. Aberdeen will be gaining a real good one.”

The double-act was in action again in midweek when the Hoops came back from yet another loss of a goal from a set-play to gain a 1-1 draw at Pittodrie with a stoppage-time leveller from Leigh Griffiths.

The visitors were playing for pride and that was highlighted when McGregor raced over half the length of the pitch to catch up with former team-mate Jonny Hayes as he streaked away from his own half after winning a challenge against Jonjoe Kenny.

The stand-in captain didn’t quit as the Dons speedster zeroed in on the exposed Scott Bain. He eventually caught up and the danger was cleared.

New Dons gaffer Glass claimed for a penalty-kick, but, as CQN’s pictures prove conclusively, any contact thought worthy of a foul took place OUTSIDE the box. 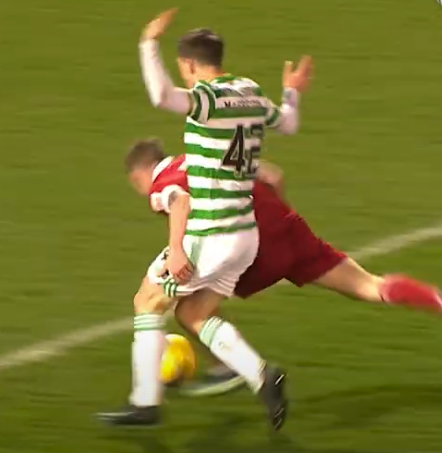 DRAWING THE LINE…Callum McGregor backs off Jonny Hayes as the Dons player stumbles OUTSIDE the 18-yard box.

In truth, it looked as though Hayes took too many touches and had a stumble which allowed McGregor to get level with him and he and Bain between them thwarted the opportunity for the home side to double their advantage.

With three league games left to play starting at Ibrox a week on Sunday, McGregor, speaking to the Daily Record, commented: “Overall, a draw and us taking something out of the game at Aberdeen was the right result.

“That is the professionalism of the players. Every time you represent yourself, the club, your family, you have to do things properly, regardless of silverware – you are still playing for pride.

“Both teams attacked the game in that manner and it made for a good game.

“Both teams had chances and it was end-to-end stuff. A point apiece was right.” 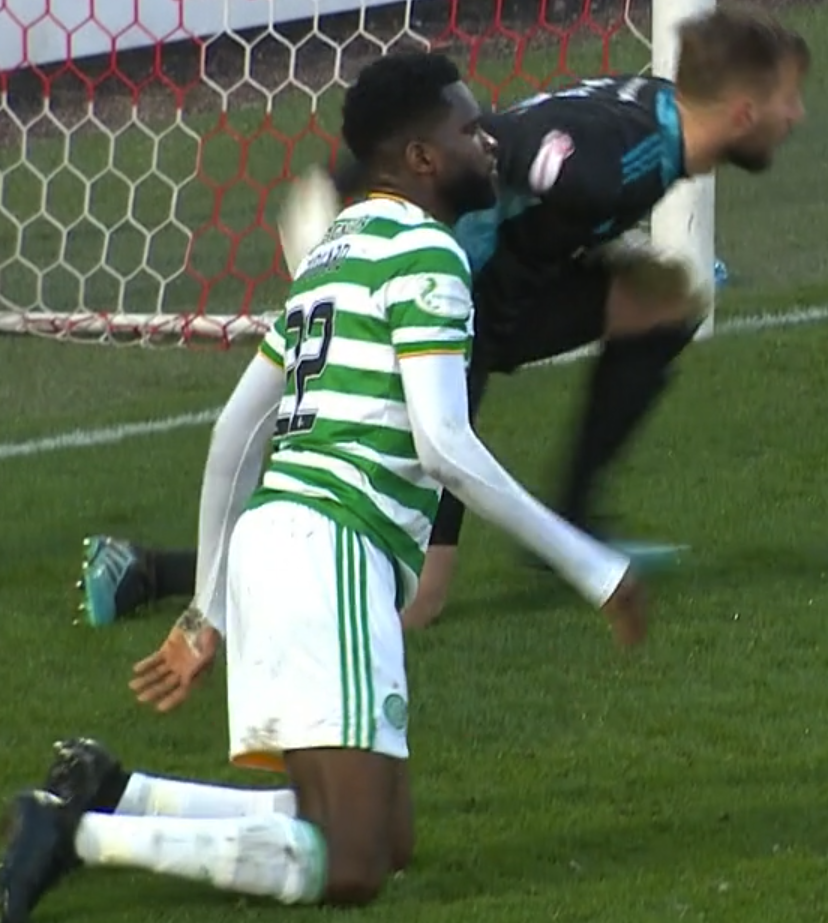 Speaking of the incident with Hayes, McGregor, 27, added: “You just try to follow in.

“Luckily, I got enough pressure, something happened and we got the ball back.

“You just never know and you can’t give up on those situations. Sometimes when you make that extra yard, you get a wee bit of luck, as well. Sometimes they go for you, sometimes they don’t. Thankfully it went for us.”

Celtic might even get a break at Ibrox when they play there for the third time this season. McGregor, unfortunately, scored the only goal of the game with a cruel deflection in January and Kenny slammed in the second goal for Steven Gerrard’s side in the Scottish Cup loss on Sunday.

We can only hope the gift of goals does not come in threes.