Celtic Quick News on News Now
You are at:Home»Latest News»CAPTURED: THE ASSAULT ON SORO
By CQN Magazine on 8th February 2021 Latest News

THIS has been a baffling campaign on so many levels – and we are not just talking about the inexplicable form collapse of champions Celtic in their quest for 10 in a row.

Referees have been playing their part, too, plus the SFA disciplinary gurus are adding to the bewilderment of managers, players and armchair fans with a series of puzzling decisions. Scott Brown was rightly cleared last week when he faced a three-game ban in retrospective action after a non-event incident with Kilmarnock midfield enforcer Aaron Tshibola.

Now Albian Ajeti has been handed a two-match suspension after being accused of simulation when the striker was challenged by diving Kilmarnock keeper Colin Doyle which resulted in a penalty-kick decision by referee Kevin Clancy.

Odsonne Edouard netted the second goal from the award as the Hoops swept to a 4-0 win at Rugby Park on Tuesday. Now the Parkhead side will fight the suspension threat to Ajeti at a hearing tomorrow which should have been held today.

Neutral onlookers will wonder if Motherwell’s Devante Cole will be handed delayed punishment for an obvious kick out at Ismail Soro during the home side’s 2-1 victory at Parkhead at the weekend. 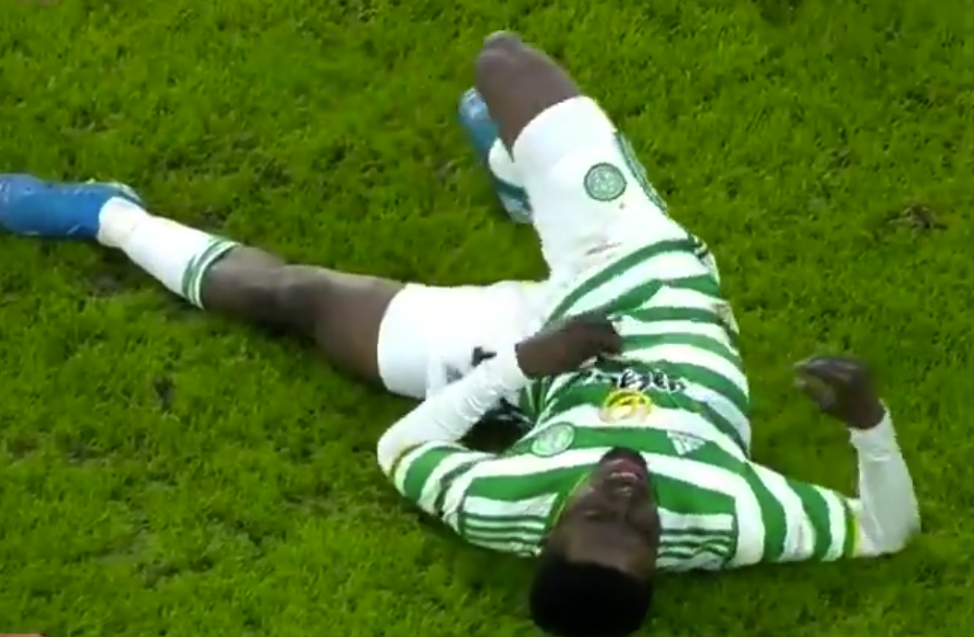 PAIN GAME…Ismaila Soro is left writing in agony after receiving a kick on the chest.

The Fir Park forward reacted to losing the ball following a fair and robust challenge from the Ivorian anchorman in the fading moments of the Premiership encounter. Cole was penalised for deliberately kicking the midfielder in the chest, but match official Nick Welsh thought it was worthy of a mere yellow card.

His decision was met with incredulity by most onlookers.

That brought back echoes from the CQN match report when the Hoops overwhelmed the same opponents 4-1 at Fir Park on November 8.

This is how our reporter saw it: In the 53rd minute, after refusing Celtic a corner-kick when Mark O’Hara cleared, referee Andrew Dallas made another bizarre judgement when he merely booked Devante Cole for an assault on Frimpong with a high challenge that floored the teenager. It was a straight red-card offence, but the match official was content to show yellow. It was a diabolical decision.

We await to see if the SFA take appropriate action. We will not be holding our breath.

Have a look at the incident with the aid of some freeze frames. 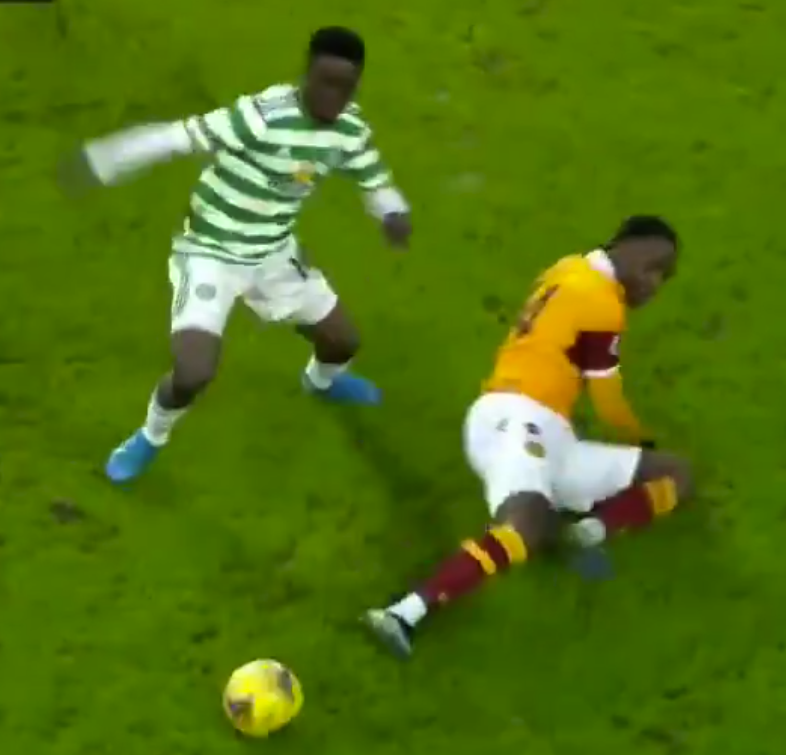 ON MY WAY…Ismaila Soro prepares to collect the ball after his challenge on Devante Cole. 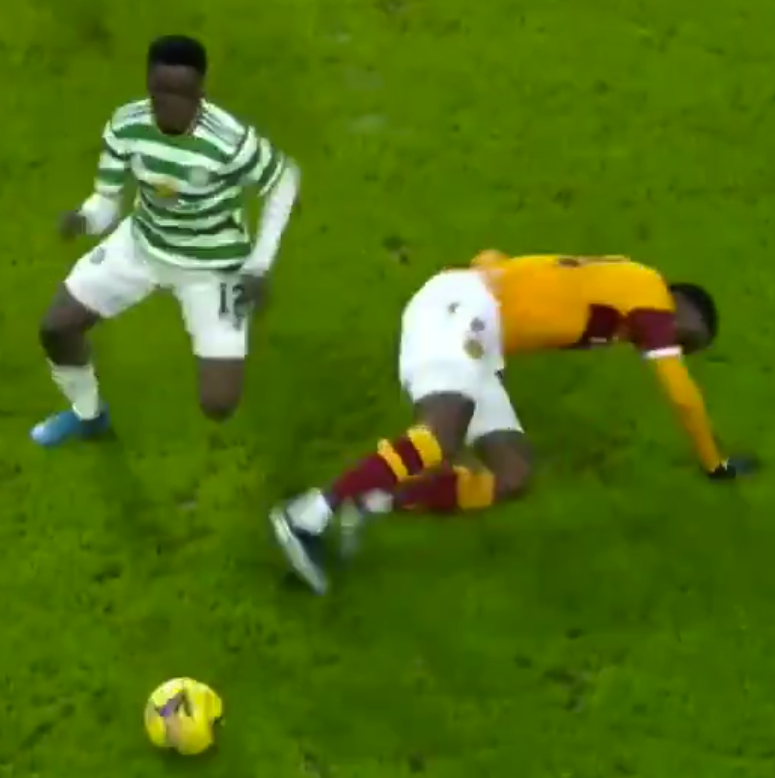 ON THE MOVE…Soro is about to race past the grounded Well striker. 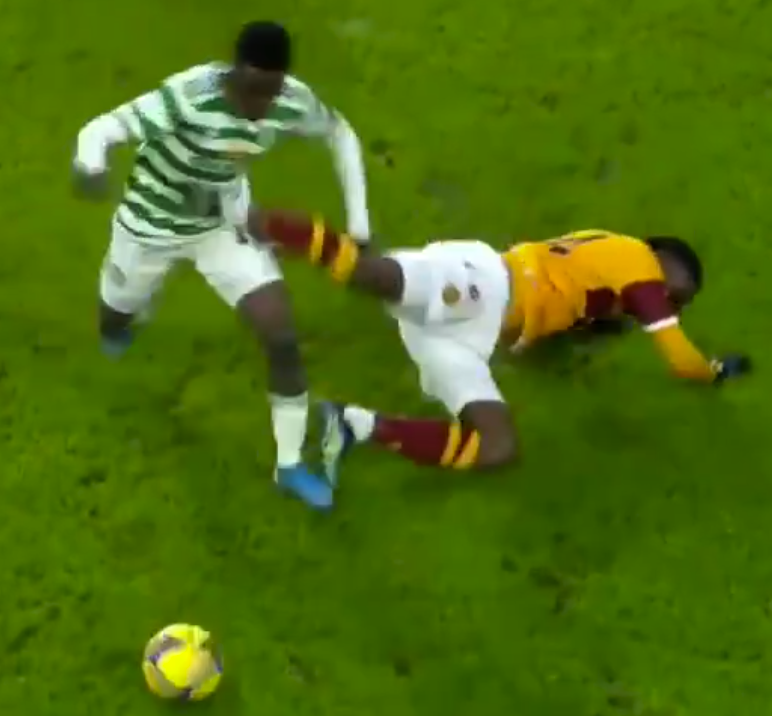 WALLOP…Soro is hit on the chest by the flying boot of Cole. 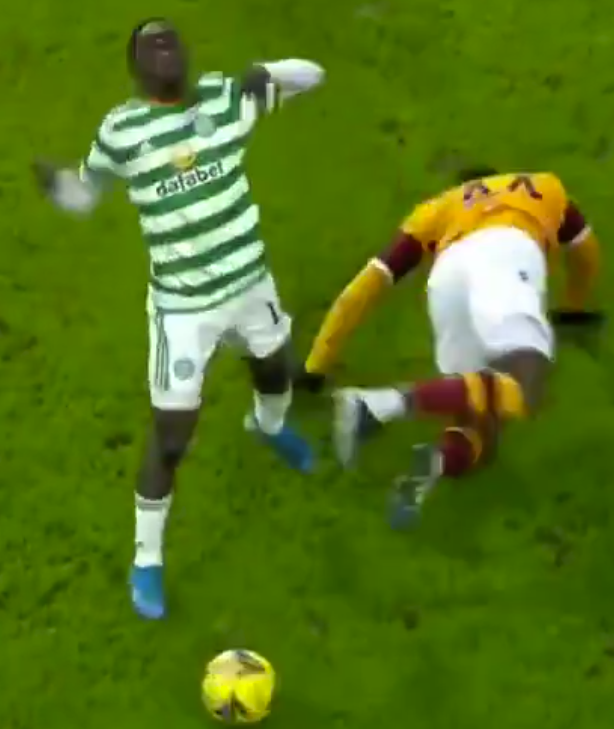 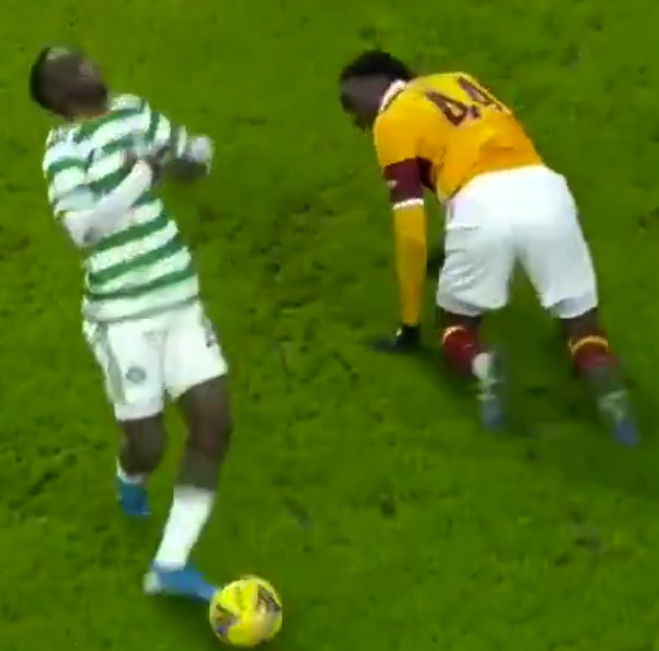 HOLD ON…Soro grabs the injured area as Cole has a look. 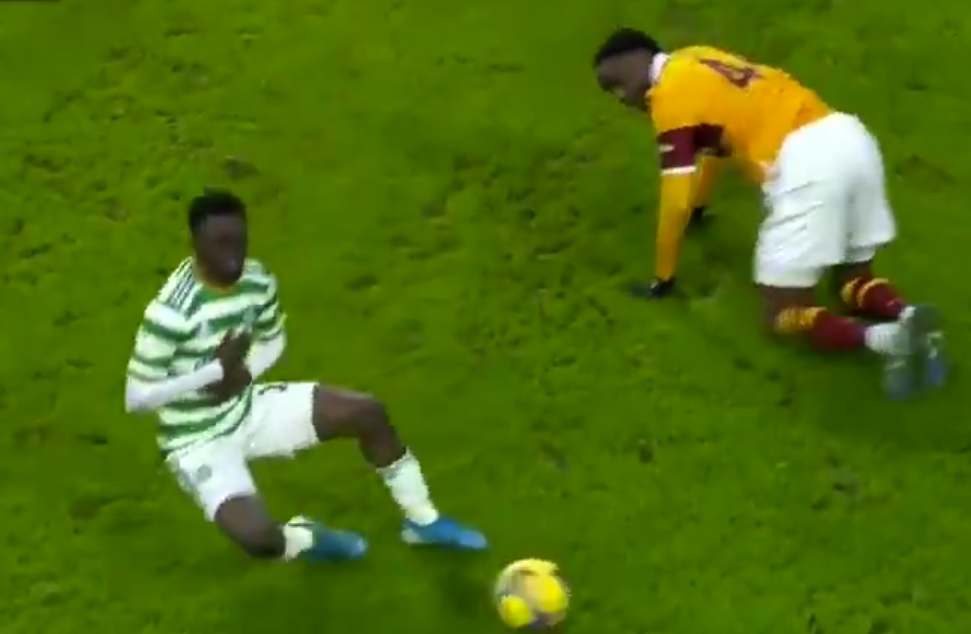 CRASH…Soro falls to the turf clutching his chest. 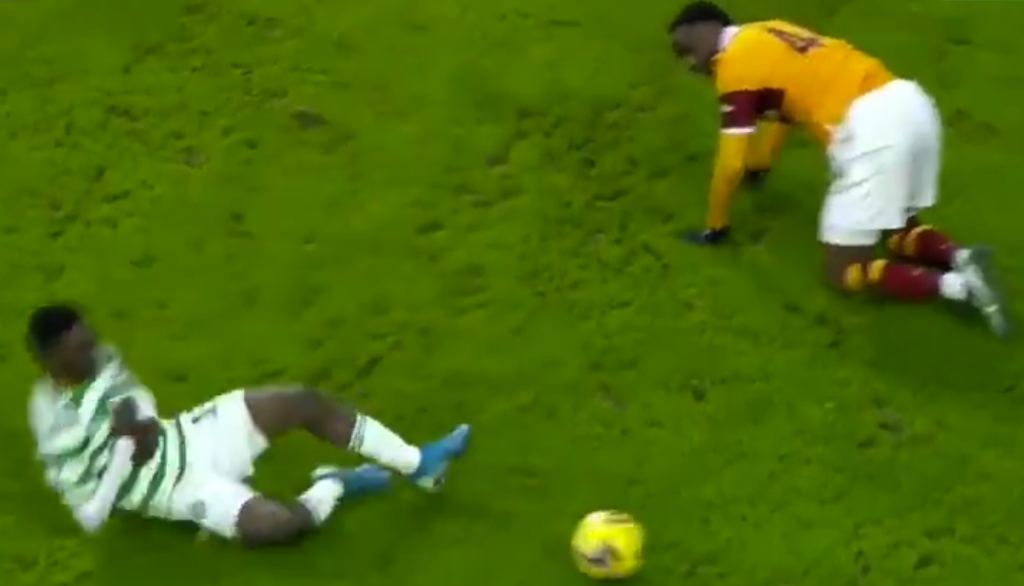 GROUNDED…Soro hits the ground – and Cole escapes with a mere booking.