LEIGH GRIFFITHS brought down the premature curtain on last season’s Premiership with a scintillating hat-trick in the 5-0 win over St Mirren at Parkhead on Saturday, March 7.

Neil Lennon’s side kick off their quest for a historic ten successive titles at the same venue when the new campaign begins on Sunday with the visit of Hamilton Accies.

Griffiths will not be on display on this occasion. The 29-year-old Scotland international is still searching for match fitness as he recovers from the excesses of the four-month lockdown after being omitted from the champions’ three-game tour in France.

Lennon was clearly unhappy with the srriker, who has claimed 115 goals in 231 Bhoys appearances, branded him overweight and ordered him to train at Lennoxtown.

He earned praise, however, from his boss following his half-an-hour substitute performance in the 3-1 triumph over Hibs on Monday in the east end of Glasgow. 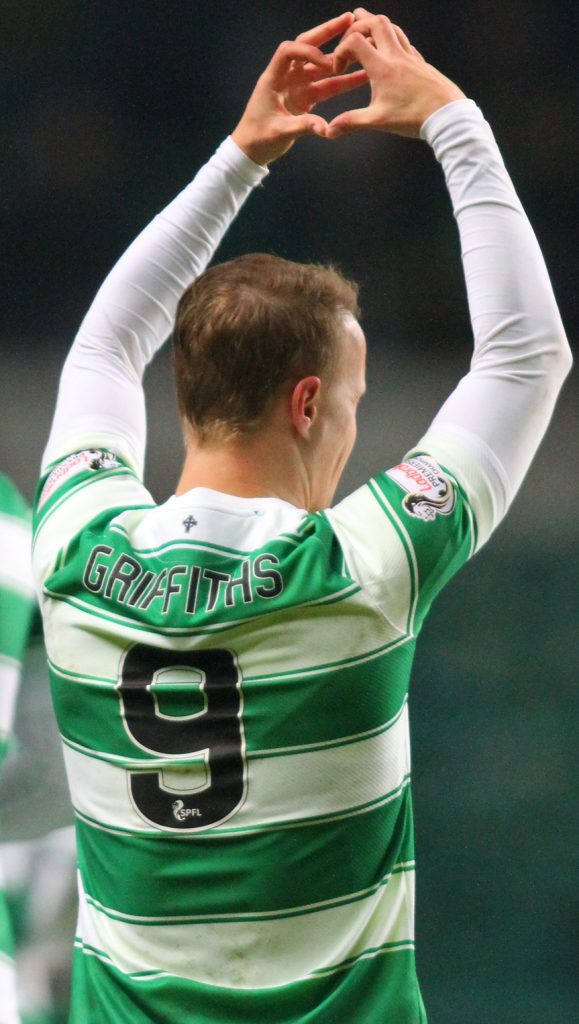 LOVE IS…Leigh Griffiths’ signal to Celtic fans after his hat-trick against Accies in January 2016.

Griffiths may take his place in the ground at the weekend and he may let his mind wander back to a January 19 evening in 2016 at Parkhead when Hamilton Accies once again provided the opposition.

Ironically, the encounter provided the frontman with his previous hat-trick at the ground before his trio against the Paisley outfit in March.

Ronny Deila’s side ran amok against the Lanarkshire club and won 8-1 and the lively raider thumped in three in 32 minutes. It was an unsoppable performance from the marksman and his team-mates as they added three more points to the collection on their way to a fifth successive crown.

In a whirlwind start, the Hoops were 3-0 ahead in 10 minutes with strikes from Mikael Lustig, Nir Bitton and Tom Rogic. 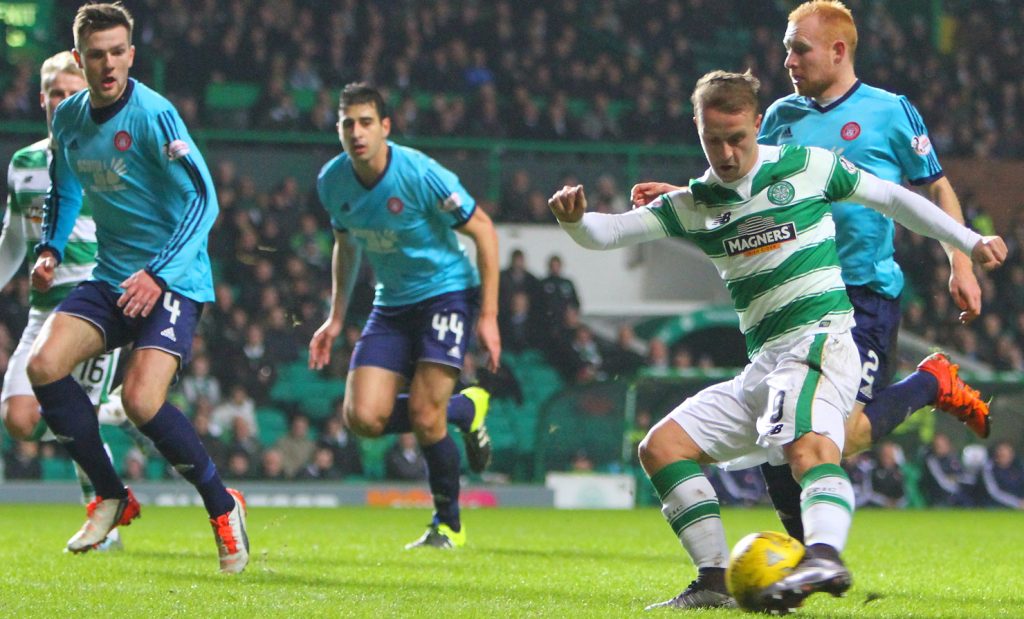 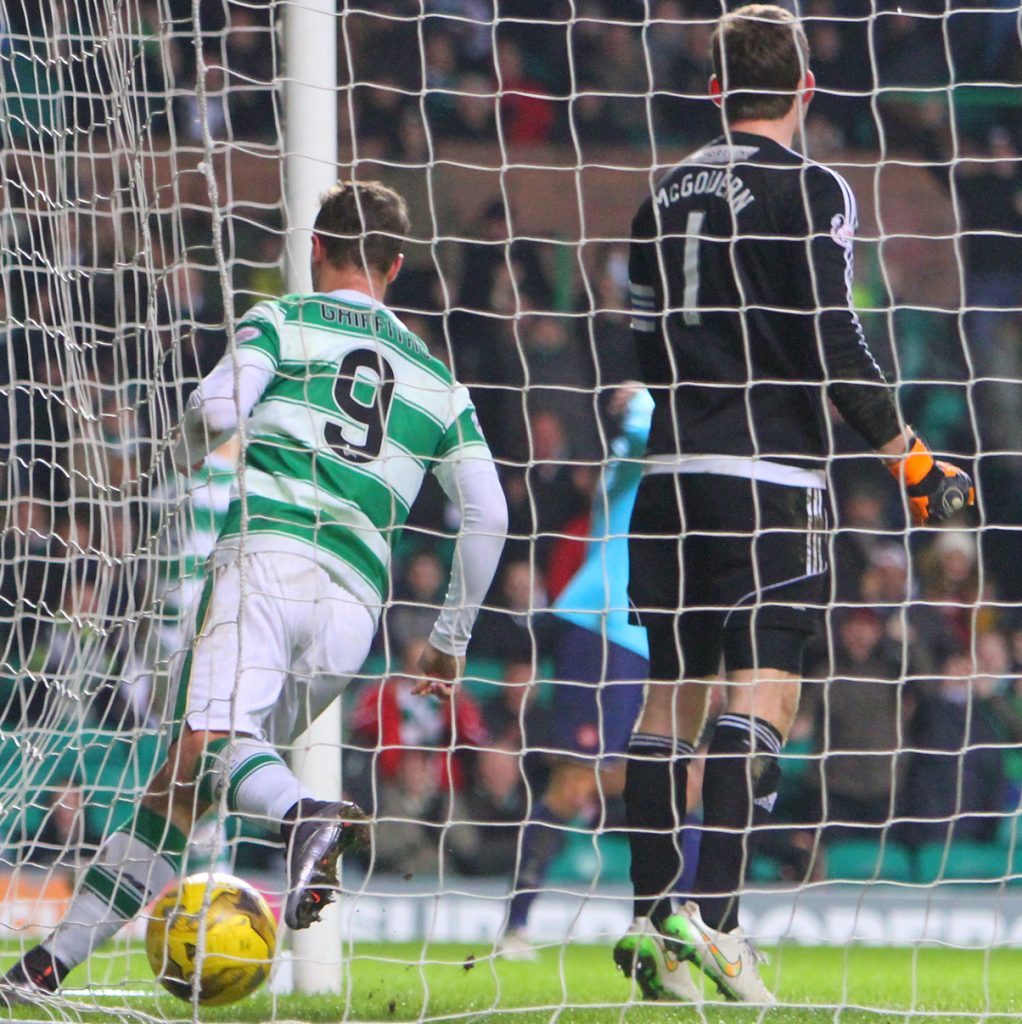 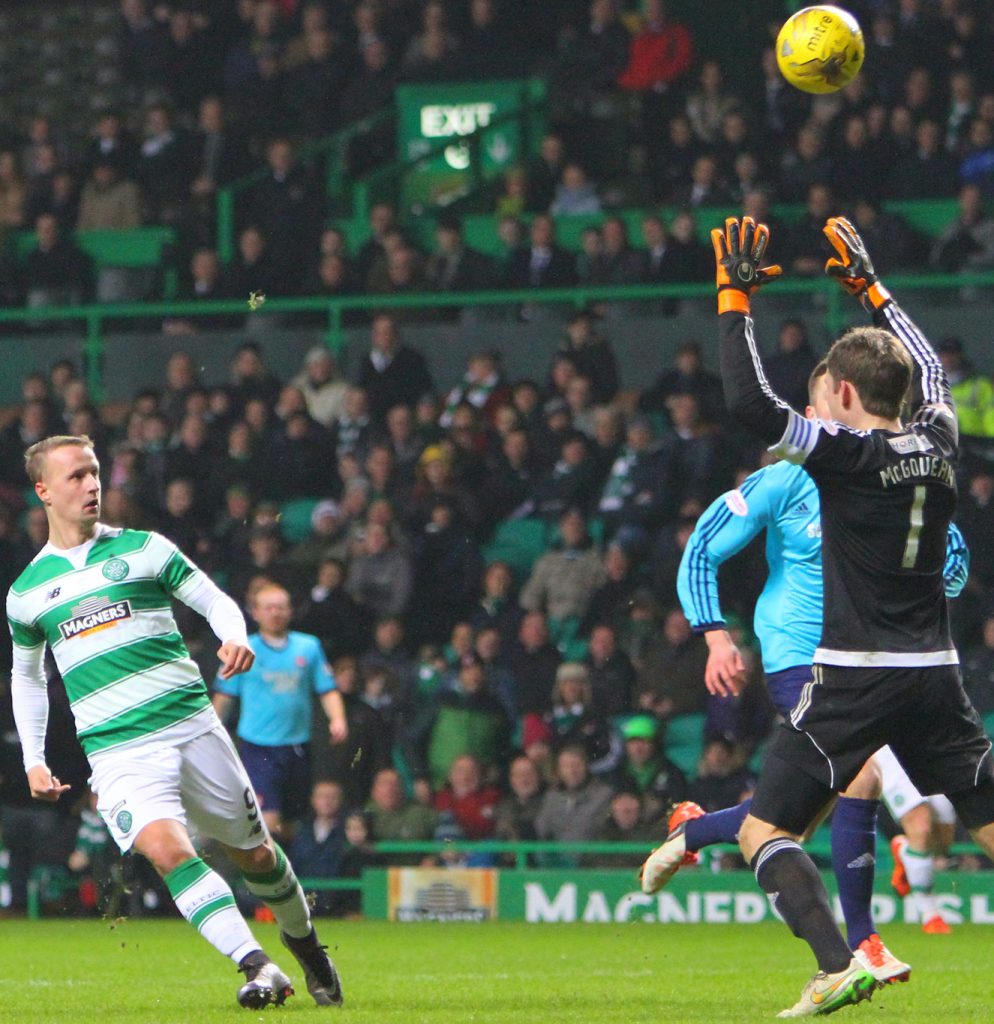 NUMBER THREE…Leigh Griffths lobs the ball over the stranded Mark McGovern for the hat-trick.

Griffiths’ first effort arrived in the 22nd minute and he added another 12 minutes later. Celtic led 5-0 at the interval and James Forrest fired in a sixth in the 53rd minute and within 60 seconds Griffiths had claimed his hat-trick.

There was some respite for the visitors when Eamon Brophy netted in the 73rd minute, but Callum McGregor had the final say with No.8 a minute from time. 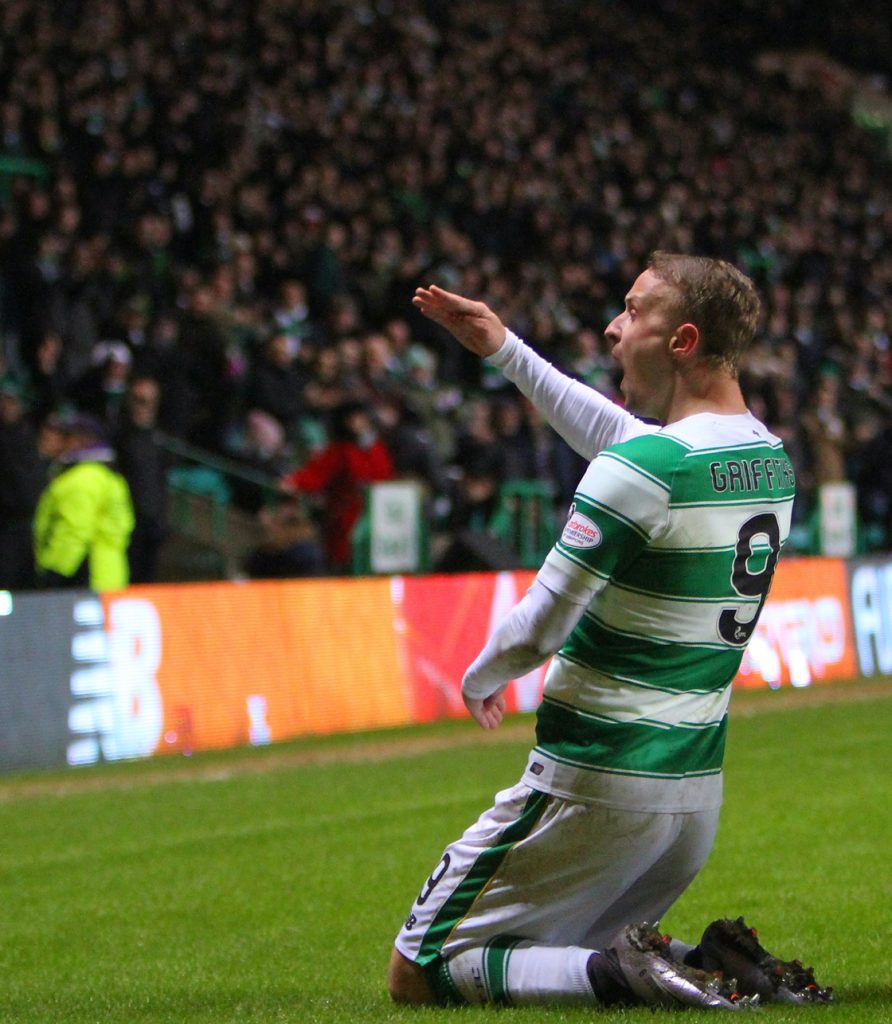 CHEERS…Leigh Griffiths celebrates his trio with the fans.

An action replay of the scoreline on Sunday would be welcome to get the record-breaking bid off to a sensational start.

Just a pity Leigh Griffiths will not be there to play his part.

CQN believes the frontman still has a part to play in Celtic history. Over to you, Leigh.