Celtic Quick News on News Now
You are at:Home»Latest News»CELTIC COULD DECLINE IBROX TICKETS, ACCORDING TO LAWWELL
By CQN Magazine on 21st November 2018 Latest News

PETER LAWWELL has revealed Celtic could reject tickets for Ibrox if they have an safety concerns over their travelling support.

Both sides have vastly reduced allocations to the visiting fans this season. At the start of the campaign, Rangers decided to cut the number of Hoops fans to fewer than 1,000.

The teams are due to meet in Govan for the final fixture of 2018 on Saturday, December 29.

The champions slashed the number of visiting supporters at Parkhead to a similar number before the Glasgow derby on September 2 when Brendan Rodgers’ men won 1-0 with a second-half goal from French midfielder Olivier Ntcham.

Five Hoops fans were hurt in a crush at the Parkhead club’s North Stand before the encounter.

Policing and stewarding had been altered due to the vastly reduced number of away fans. 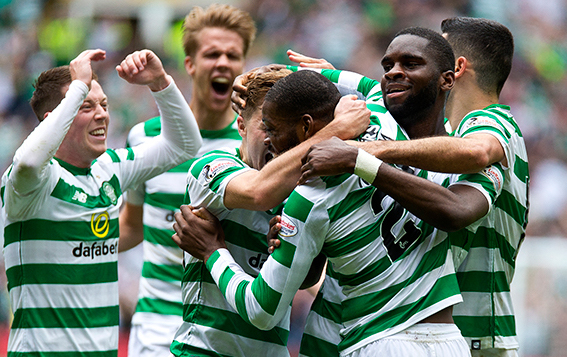 One supporter, speaking at today’s AGM, voiced concerns for travelling to Govan for the December confrontation.

“If we can’t guarantee safety of our own support then we will advise them not to go.”

Traditionally the champions took over the Broomloan Stand, which can hold 7,000.

But now all visiting supporters will be housed “in the corner” between the Broomloan and Sandy Jardine Stands.

Lawwell added: “The initial thought was to be above it all and let Rangers keep full tickets, but sporting advantage was taken into consideration.

“The supporters’ club will take 800 tickets for the match.

“If we take the tickets, our fans will leave from Celtic Park and head out to Ibrox before heading back.”