Celtic Quick News on News Now
You are at:Home»Latest News»‘CELTIC CUP WIN WAS BIZARRE,’ ARMSTRONG
By CQN Magazine on 26th November 2016 Latest News
STUART ARMSTRONG admitted Celtic’s League Cup Final victory over Dundee United two seasons ago was a strange personal experience.
The midfielder helped the Tannadice side reach Hampden before joining Celtic in January and was Cup-tied for the big game.
He took his place in the stand alongside Gary Mackay-Steven, who also made the switch from Tayside to the east end of Glasgow. They watched their new team-mates win 2-0 with goals from Kris Commons and James Forrest. 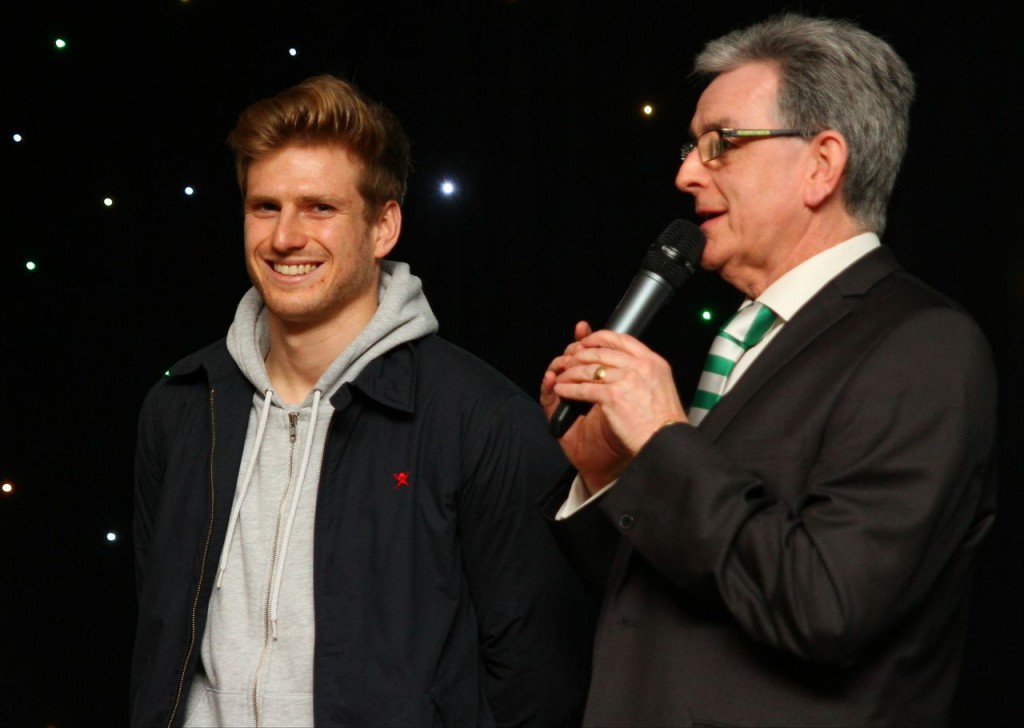 Armstrong recalled: “It was a bit of a bizarre day for me. My last game for Dundee United was beating Aberdeen in the semi-final.
“It was a bit frustrating as I couldn’t play for either in such a big game. This will be my first Final for Celtic, so, hopefully, I’ll have a part to play in it.

“It was strange at the end. It was so soon after I signed for Celtic on deadline day and my emotions were all over the place.

“I was a Celtic player so obviously I wanted them to win. But there was a bit of me celebrating while another bit of me commiserating with my old team-mates afterwards.”

The Hoops will look to lay down a marker by claiming the first trophy of the season and Armstrong is determined to make an impact.

He added: “It’s really important for everyone at the club. We have been pretty relentless in the league and in the League Cup so far. We’ve had a lot of clean sheets domestically of late and the form’s been good.

“It we can continue that, then we will be well on our way to picking up our first trophy of the season.

“That was part of the attraction of coming to Celtic because the club plays in Cup Finals regularly, as well as Europe.

“To get my first Cup medal would be fantastic.”

*Don’t forget to check out CQNBookstore.com where we have added load of new product including the official 50th Anniversary of Lisbon 2 x DVD and the Lisbon book plus we have the much sought after and absolutely wonderful 4 x DVD of the Official History of Celtic FC back in stock. This completely sold out and Celtic organised a limited re-pressing so get it while you can.