Both of Ange Postecoglou’s key performers lasted the full 90 minutes of their nations’ challenge games to ease momentarily any injury problems for the Greek-Australian gaffer ahead of the Hoops’ match at Ibrox a week today.

However, the experienced duo now face matches on Tuesday before the Hoops manager has a clearer picture of the availability of his squad before the third derby of the season.

Juranovic put in his usual reliable display in Croatia’s 1-1 draw with Slovenia in a World Cup warm-up confrontation in Qatar yesterday afternoon while Bitton couldn’t prevent Israel from losing 2-0 to Germany in Sinsheim last night. 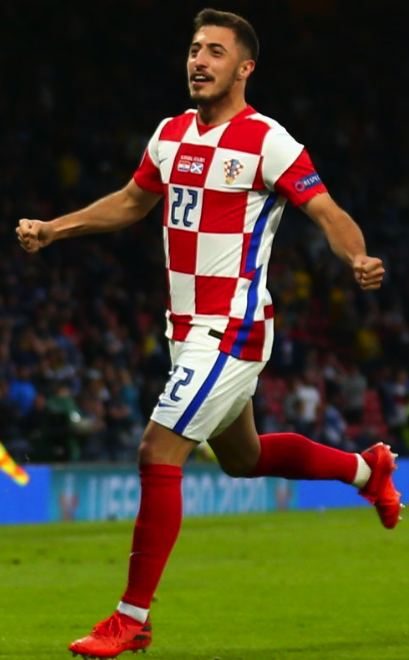 UP AND RUNNING…Josip Juranovic came through the 1-1 draw with Slovenia unscathed.

The Hoops right-back was utilised in an unaccustomed role in front of a back three by head coach Zlatko Dalic who is using the friendly tournament in Doha to try out a new system.

Andrej Krameric put Croatia ahead two minutes from the interval after being sent through in a one v one situation with keeper Jan Oblak.

Juranovic and Luka Modric both had shots on target in the second-half which were superbly deal with by the Atletico Madrid netminder. The Slovenians weathered the storm before snatching an equaliser in the fading moments.

Croatia now play Bulgaria on Tuesday and once again Postecoglou will be hoping his classy defender comes through without injury.

Havertz opened the scoring with a header from a corner, his 14th goal for club and country this season, before Werner’s near-post finish.

Thomas Muller missed a chance to extend the lead when his penalty-kick hit Ofir Marciano’s post and Israel’s Yonatan Cohen also squandered a spot-kick which was saved by substitute keeper Kevin Trapp deep in stoppage time.

Bitton will be in action again when Israel face Romania in a home friendly on Tuesday.