CELTIC flop striker Nadir Ciftci is poised for a return to the Premiership with newly-promoted Dundee.

The Turkish forward, who cost £1.5million when Ronny Deila signed him for the Parkhead club from Dundee United in July 2015, is on the wanted list of Dens Park boss James McPake, according to a report in the Evening Telegraph.

The 29-year-old attacker has had his contract ripped up by Turkish side Samsunspor and his situation is being monitored on Tayside. 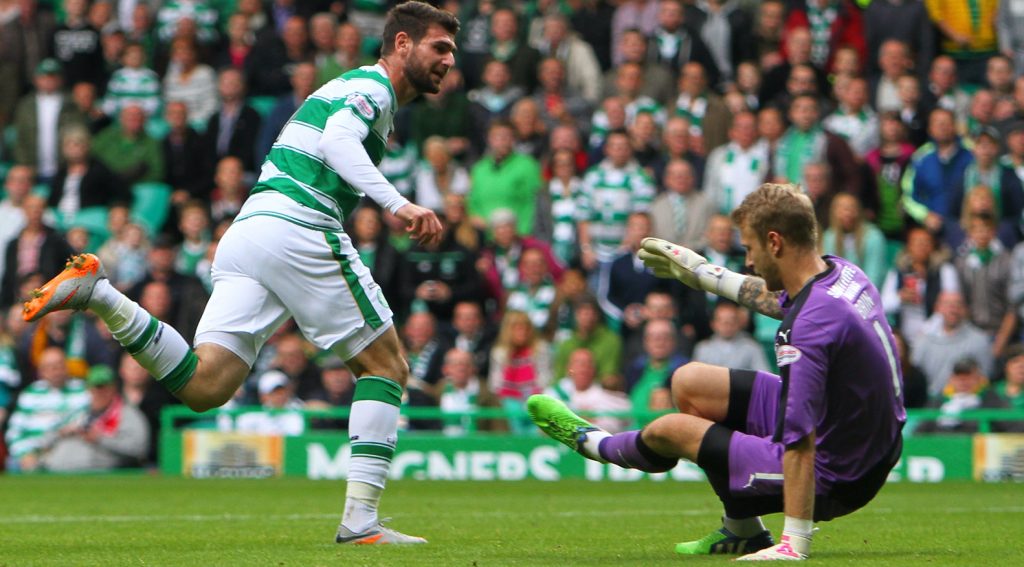 ONE DOWN, THREE TO GO…Nadir Ciftci scores one of his rare goals for Celtic, ironically against Scott Bain, then the Dundee keeper.

Ciftci netted eight times in 28 games last season, but is now free to find a new club. That has alerted a number of interested clubs with Dundee among them.

The powerfully-built frontman scored a meagre four goals in 26 appearances for the Hoops and had loan spells at Eskisehirspor, in Turkey, and Pogon Szczecin, in Poland, before having another go at cracking it in Glasgow. Unfortunately, he failed and had temporary stints at Plymouth and Motherwell.

Ciftci was allowed to leave on June 30 2018 with a year still to run on his contract.