Celtic Quick News on News Now
You are at:Home»Latest News»CELTIC IN TALKS WITH £3.5m STAR
By CQN Magazine on 27th June 2020 Latest News

The Hoops are growing frustrated with Southampton as they attempt to bring back fans’ favourite Fraser Forster on a loan or permanent deal.

Thirty-three-year-old Hart is a free agent after leaving Burnley at the end of his contract. He rarely figured for the Turf Moor outfit in 2020 with Nick Pope the regular first pick.

It is believed there have been intense negotiations between the Hoops and the ex-Manchester City No.1 during the week, according to reports in the Daily Mail.

Neil Lennon has not abandoned thoughts of landing Forster, who became a key component in his side’s triumphs during the campaign after arriving in August on a season-long temporary transfer. However, there has been a lack of clarity from the south coast side which has forced him to look elsewhere. 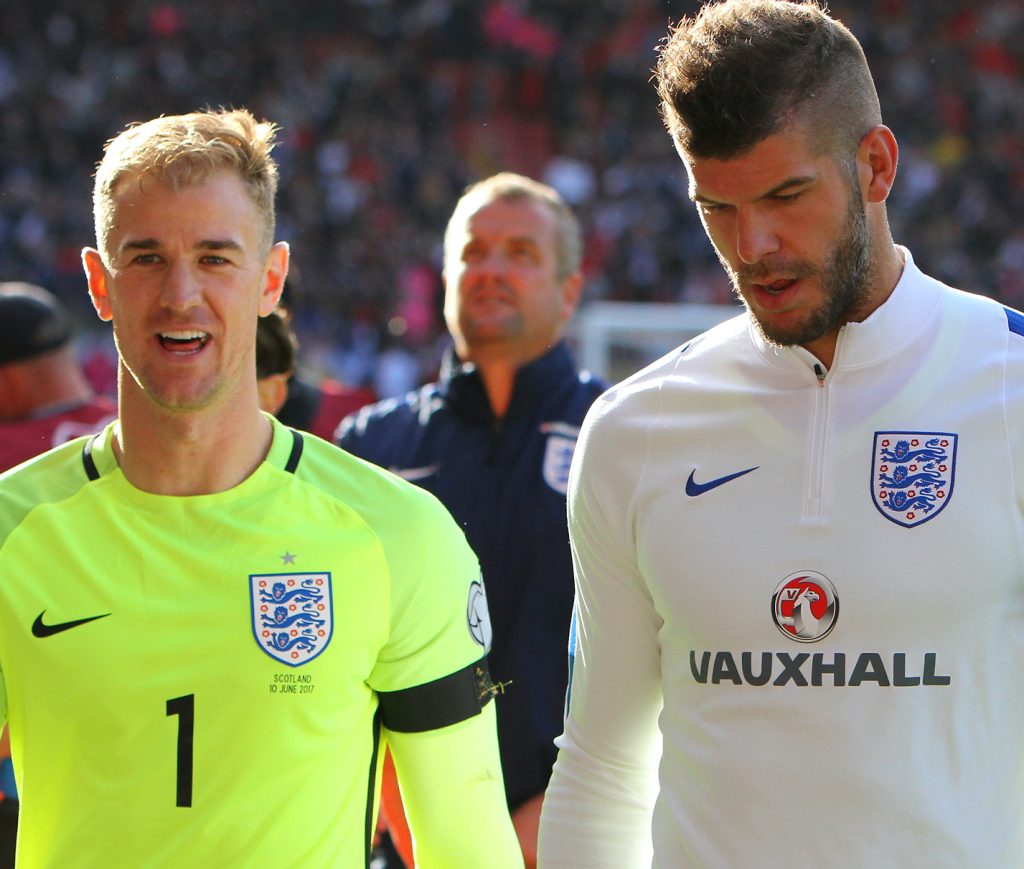 TWO OF A KIND…Joe Hart and Fraser Forster were on England duty during the 2-2 draw with Scotland in 2017.

The towering shotstopper, 32, had slumped to No.3 in the pecking order at the Premier League side behind Alex McCarthy and Angus Gunn, but indifferent form from both netminders has cast a doubt on Forster, who still has two years to run on a lucrative contract, being allowed to leave.

Hart joined Sean Dyche’s team in a £3.5million switch from The Etihad in 2018, but lost his place just before the turn of the year.

He has earned 75 caps and was part of City’s title-winning teams in 2014 and 2016. He also had loan spells at West Ham and Torino.

Craig Gordon, 37, of course, left the Hoops after his deal expired at the start of the month and rejected an extension offer on reduced terms.

He is interesting former club Hearts and Championship side Derby County after knocking back a bid from St Mirren.

At the moment, Scott Bain, who made only eight appearances during the campaign, is Lennon’s solitary experienced keeper with Northern Ireland’s Conor Hazard as back-up.