Celtic Quick News on News Now
You are at:Home»Latest News»CELTIC ‘NO’ TO DUTCH LOAN MOVE
By CQN Magazine on 1st February 2022 Latest News

Dutch club Fortuna Sittard made the last bid bid for the 23-year-old anchorman who has made 18 appearances – six from the start – for Ange Postecoglou’s men this season.

The Hoops are short of bodies in the middle of the park with skipper Callum McGregor, David Turnbull and Yosuke Ideguchi injured. Tom Rogic is also missing while on international duty with Australia. 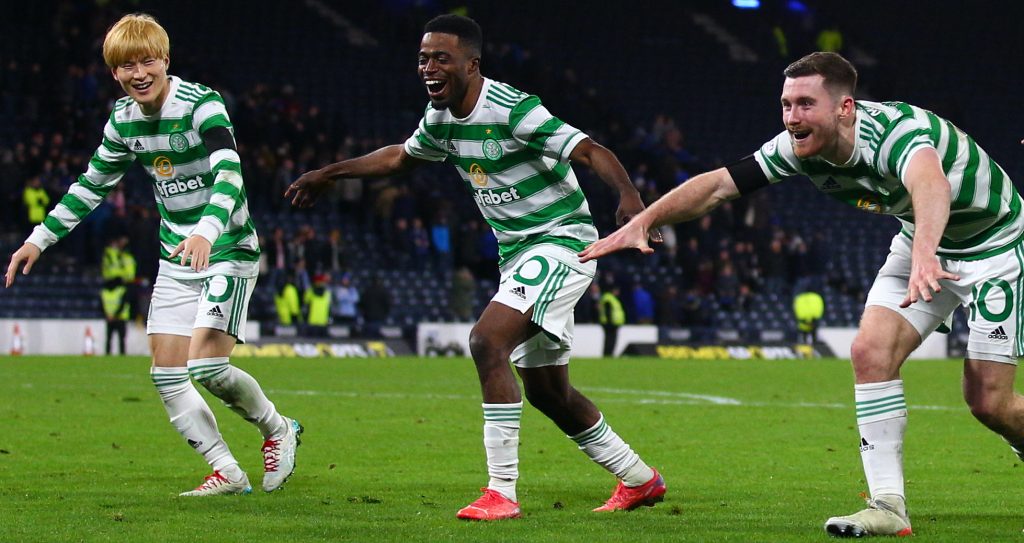 CHEERS…Ismaila Soro is flanked by Kyogo Furuhashi and Anthony Ralston as they celebrate with the fans after the Premier Sports League Cup victory over St Johnstone.

Soro was targeted by the Eredivisie outfit, but, according to a report on Sky Sports, the clubs could not agree on the finances.

The satellite broadcasters cited a problem over the fee for the option-to-buy clause.

The tough-tackling middle-of-the-park performer is under contract until the end of May 2024.