Celtic Quick News on News Now
You are at:Home»Latest News»CELTIC’S SEVENTEEN DEALS IN A SUMMER OF UPHEAVAL
By CQN Magazine on 28th March 2021 Latest News

A massive clear-out is on the way in the aftermath of a wretched campaign that has already seen Peter Lawwell retire from his post as chief executive, Neil Lennon depart as manager only two days after the the inexplicable 1-0 defeat against Ross County in Dingwall and club captain Scott Brown quit after 14 trophy-laden years to head to Aberdeen on a two-year contract as player-coach.

Those are seismic changes at the very core of the club. Celtic went into the season that promised so much in the summer, but went so catastrophically wrong. The quest for a historic tenth successive title was left in the rubble of unacceptable performances that saw the crown feebly lost at the turn of the year.

No-one saw the end of the proud unbeaten 36-game sequence in domestic knock-out competitions until the team flopped spectacularly at home to lowly Ross County to depart the Betfred League Cup on a dreadful 2-0 scoreline at the first hurdle in November. 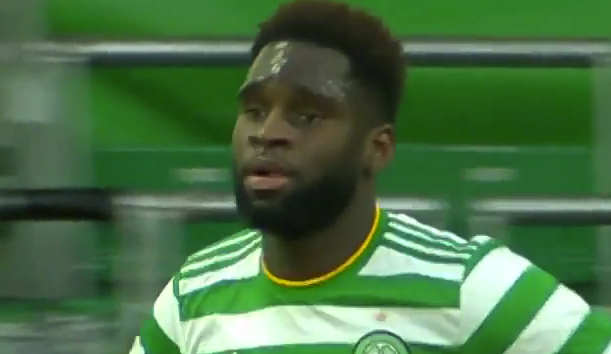 Heads will roll and there WILL be massive changes. A season in which Celtic have completed a phenomenal quadruple treble can never be termed a write-off. And there must be hope the team can claim the silverware in the national competition for the FIFTH consecutive term with the 2020/21 Scottish Cup Final due to be played at Hampden on May 22.

But the supporters have been left bewildered and enraged in a crusade which has thrown up so many drastic twists and turns that derailed the Hoops in three competitions before the turn of the year with exits in the Champions League and Europa League as well as the League Cup.

Alarmingly, only Hamilton Accies and Motherwell have failed to take Premiership points off the Hoops in a wayward term. 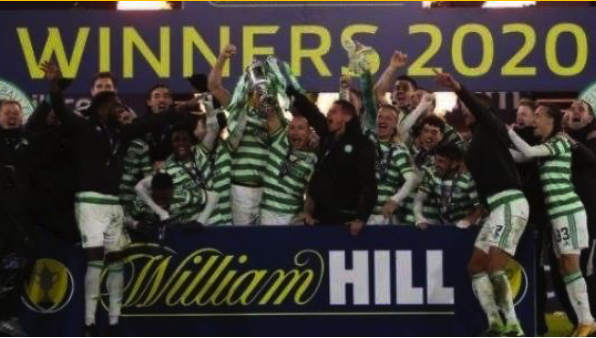 MAY THE FOURTH BE WITH YOU…Celtic players celebrate their fourth successive Scottish Cup triumph.

There is a lot of uncertainty around the east end of Glasgow at the moment with the exodus of three of the main components in recent success. The guessing game continues in the hunt for a new manager, but one thing that is abundantly clear is there will be an upheaval in the playing staff in the summer.

Jeremie Frimpong has already left in a £11.5million move to Bundesliga outfit Bayer Leverkusen and Hatem Abd Elhamed has rejoined Hapoel Be’er Sheva while Odsonne Edouard will be on his way, despite still having a year still to run on his terms.

There will be a question mark over Olivier Ntcham who has flopped during his loan spell at Marseille and there is the ongoing problem with Boli Bolingoli who has been on loan in Turkey. There will be other comings and goings.

But the GOOD news for the Hoops followers is that the club can be successful following such frantic transfer activity.

Neil Lennon, who had taken over from Leicester City-bound Brendan Rodgers in February 2019, proved that four months later as he prepared for the assault on the record-equalling ninth consecutive championship. The returning gaffer was involved in an extraordinary SEVENTEEN deals in a whirlwind period of wheeling and dealing.

Author Alex Gordon looks at the situation in his latest Celtic book, ’50 Flags Plus One’, which has just been published.

Lennon had been appointed full-time manager on May 25 2019 following the dramatic 2-1 Scottish Cup Final victory over Hearts. The Irishman had taken the post in an interim basis following Rodgers’ swift departure.

In an edited chapter in Alex’s fifteenth Celtic book, he writes:

NEIL LENNON had been energetically reassembling his Celtic squad in the wake of an exodus of talent, led by Kieran Tierney. The much-admired left-back had been lured from his boyhood idols in a record-breaking £25million switch to Arsenal while the likes of Dedryck Boyata, Mikael Lustig, Cristian Gamboa and Emilio Izaguirre moved on following the expiry of their contracts.

At a stroke, the Celtic manager had been tasked with replacing three of his usual back four.

In the midst of such turmoil, four players who had been on loan rejoined their parent clubs. Filip Benkovic, an assured Croatian Under-21 international central defender, had been brought to Parkhead by Brendan Rodgers the previous summer and, ironically, caught up with the Irishman when he returned to Leicester City.

The industrious summer rebuild permitted very little respite for the Celtic manager. He introduced the likes of towering French centre-half Christopher Jullien, a £7million recruit from Toulouse, Boli Bolingoli, a £3million left-back from Rapid Vienna, Hatem Abd Elhamed, a versatile back-four performer from Israeli outfit Hapoel Be’er Sheva at the cost of £1.6million, an exciting teenage Dutch right-back in Jeremie Frimpong from Manchester City in a deal that would rise to £1million and Kilmarnock’s Scotland international left-back Greg Taylor for £2.25million.

Neil Lennon was no longer tweaking what he had inherited from Brendan Rodgers on February 26 earlier that year. This was his squad.

The responsibility for what was about to unfold lay with him.

The enthralling story of a memorable campaign that will live forever in time is told in insightful detail by Alex Gordon in his tribute tome, ’50 Flags Plus One’, which covers all fifty-one crowns claimed by the club since it came to life in 1888.

The tales are told with insider knowledge by Alex, who is a former sports editor at a national newspaper and has been close to those making history at the club over his many years as a journalist.

His latest publication is acclaimed by club legend and Lisbon Lion Bertie Auld as “a truly unique tribute to Celtic” and John ‘Yogi’ Hughes, the club’s seventh-highest scorer with 189 goals acknowledged: ‘It’s the amazing journey of several lifetimes.”