Celtic Quick News on News Now
You are at:Home»Latest News»‘CELTS DESERVE A BREAK,’ RODGERS
By CQN Magazine on 14th May 2018 Latest News

BRENDAN RODGERS has allowed his players a couple of days off to enjoy Celtic’s seventh successive Premiership title triumph.

The Hoops lost 1-0 to Aberdeen yesterday, but the it didn’t prevent the champions toasting their achievement as they prepare for Saturday’s Scottish Cup Final against Motherwell at Hampden.

Rodgers is on the brink of an unprecedented back-to-back treble and he said: “I told the players to make sure they celebrate it over the next day or so, then we can get focused for next week.

“It is always disappointing when you lose and that’s the first time we have lost here in the league in the two seasons I’ve been here.

“But you’ve got to put that to the side and look at the bigger picture. The guys have had an incredible season again, with extra scrutiny and extra expectation on them. So, to go and win the league was absolutely great.

“Congratulations to Aberdeen, because they were in a fight to try and finish second. It was a really good day for them.

“We looked tired and sluggish. To be fair, it was our 60th competitive game. But I thought the team with the greater need to win the game, won the game.

“We didn’t play so well, but over the bigger picture of the 38 games I thought we thoroughly deserved to win the title.” 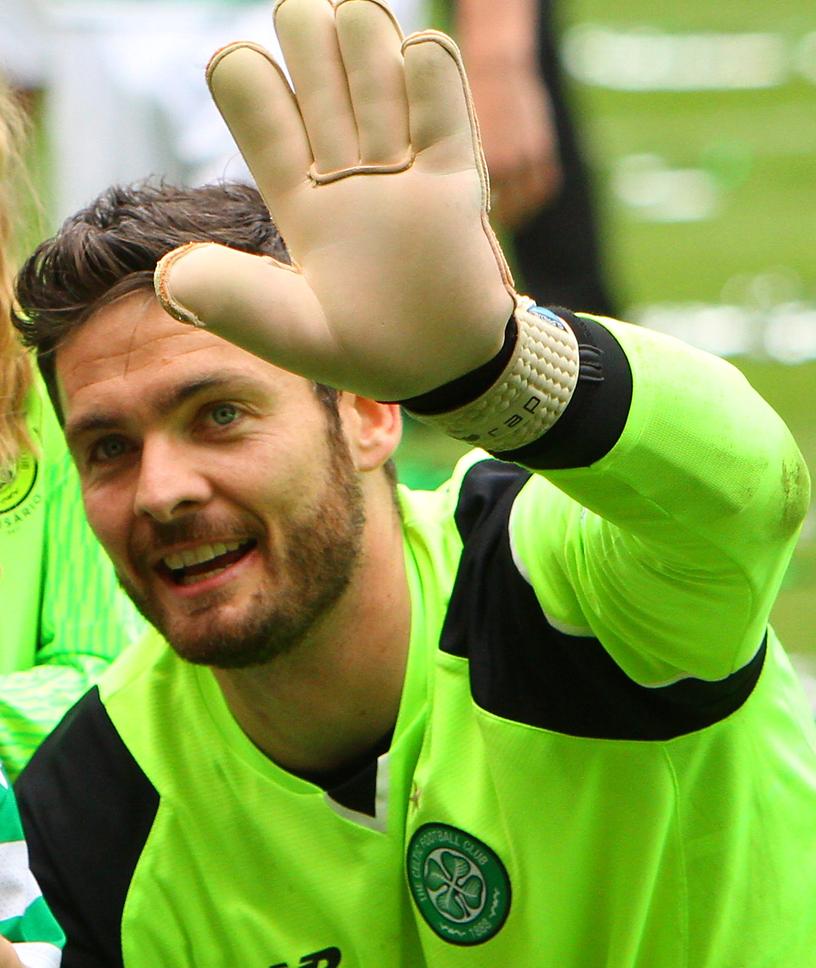 LET’S HAVE A BIG HAND FOR CRAIG GORDON…the Celtic keeper hopes to be fit for Hampden.

Keeper Craig Gordon is facing a race to be fit for Hampden, but Moussa Dembele came through 52 minutes before being replaced by Leigh Griffiths.

Rodgers said: “We did everything to actually try and win the game. So I think conspiracy in this case certainly wouldn’t apply.

“It’s a case of managing each game. I have to bear in mind that we have one fully-fit striker in Moussa and we need to make sure he was fit.

“Thankfully Moussa has come through the game and we tried to get some minutes into Leigh.

“It is a case of balancing with the other players. There are two ways you can go. You could rest them all, but then you don’t play a game for two weeks and you can be undercooked.

“I will sit with the staff and we will have a look during the week. Think about what is the best plan to beat Motherwell, then from there we will try to pick the best team to implement that plan.

“I have quality in that squad, we can enjoy this, recover and then get ready for the next game.”

Rodgers added: “We wanted to close Craig Gordon down for the week and we did that.

“But he was out with the other keepers before the game and has had no reaction, so we will see how he is.

“He is a very experienced goalkeeper, he has been brilliant in my time here, he always performs in the big games. But we’ll see what his fitness is like.”