JOHN BEATON has been named as match official for Celtic’s Scottish Final encounter against Hearts at Hampden a week on Sunday.

The Hoops are on the brink of a phenomenal quadruple treble – a TWELFTH successive domestic honour – when they take on the Championship outfit.

The Parkhead aces are aiming for a fourth triumph in the national competition when the delayed grand finale takes place.

They kicked off the back-to-back sequence in May 2017 when Tom Rogic knocked in a last-gasp winner against Aberdeen to lift the silverware with a 2-1 scoreline. Stuart Armstrong had earlier hit the leveller after future Celt Jonny Hayes had opened the scoring for the Dons. 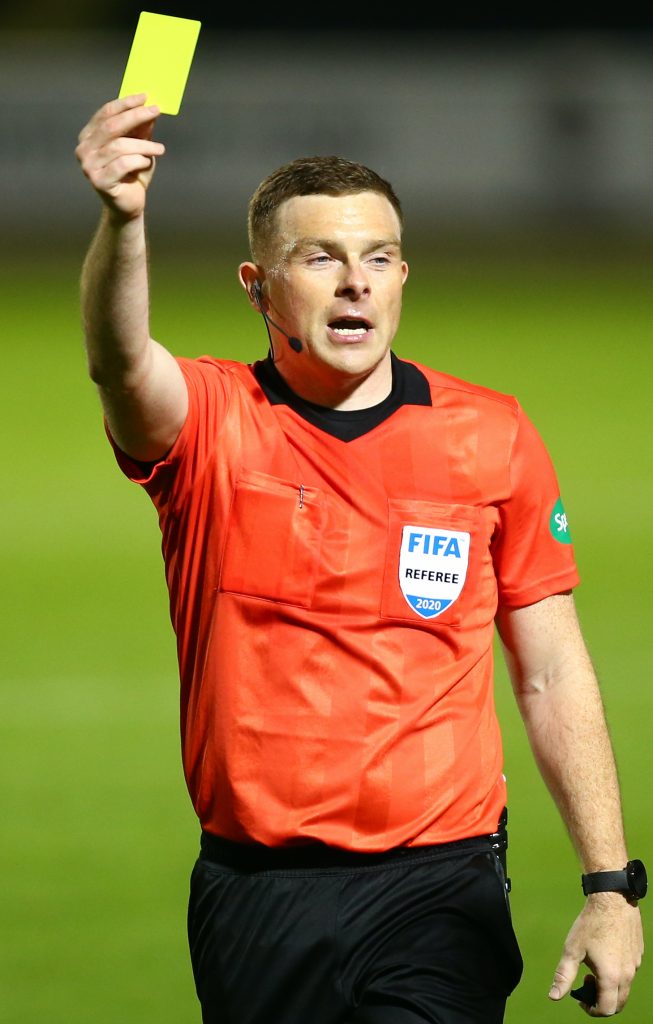 A year later, Callum McGregor and Olivier Ntcham lashed in two fabulous efforts in the 2-0 victory over Motherwell and on the iconic date of May 25 last year it was Odsonne Edouard who took the headlines with a double salvo against Hearts in a 2-1 triumph.

Referee Beaton is, of course, no stranger to Celtic and was the man in charge in the controversial 1-0 win for the Ibrox side in December 2018 when he failed to take action after Alfredo Morelos had been involved in three separate flashpoint incidents with Scott Brown, Ryan Christie and Anthony Ralston.

He was the man with the whistle when the Govan club won 2-0 at Parkhead in October in one of the champions’ worst-ever performances in a Glasgow derby.

That was the last time he took charge of Celtic, while he also refereed the 2-1 win over St Mirren the previous month.

It will be the first time Beaton has refereed the silverware showpiece, with Frank Connor and Graeme Leslie running the lines, according to a report in Glasgow Live.

Alan Muir will be fourth official while Kevin Clancy and Nick Walsh will be the additional refs behind the goal.