KYOGO FURUHASHI makes his first start of 2022 in the crucial Premiership confrontation against Ross County in Dingwall this afternoon.

The 16-goal Japanese international striker has made only two substitute appearances after missing the first 17 games of the year with a hamstring problem.

However, Kyogo gets the nod to come into Ange Postecoglou’s starting line-up as one of three changes from the team that lost in extra-time in the Scottish Cup semi-final at Hampden a week ago. 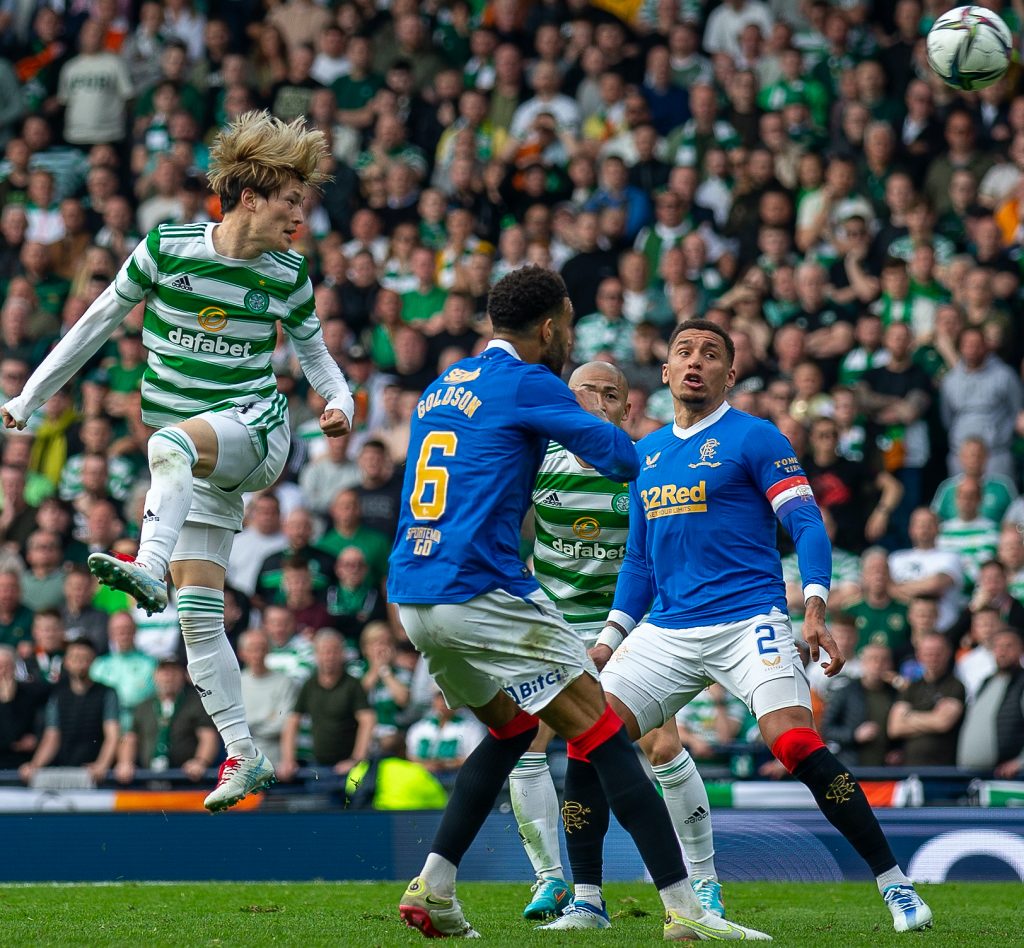 RISE AND SHINE…Kyogo Furuhashi gets up to flash a header towards goal during his substitute appearance at Hampden.

Anthony Ralston, as expected, will play at right-back instead of the injured Josip Juranovic while Matt O’Riley will take the place of Tom Rogic in the middle of the park alongside skipper Callum McGregor and Reo Hatate.

Giorgos Giakoumakis, who was forced off in the 7-0 rout of St Johnstone a fortnight ago, is named as a stand-by with Iirish left-back Liam Scales also making a comeback to the match day squad.