STEPHEN ROBINSON today condemned his own supporters for throwing objects, including coins, bottles, pies and sweets at Celtic players at Fir Park on Wednesday evening.

Motherwell FC, in their statement released last night, appeared to have no knowledge of the incidents that have angered the Celtic players and led to skipper Scott Brown speaking out. Earlier today the Scottish PFA got involved and supporters the Celtic players who on Wednesday were forced to work in a dangerous workplace.

Now Brown has received further backing from the most unlikeliest of places – the manager’s office at Fir Park.

Robinson faced the press today ahead of tomorrow’s third meeting of the sides in six days. Celtic won the Betfred Cup on Sunday comfortably enough and fought back to claim a late equaliser in the 1-1 draw at Fir Park in midweek.

Both games saw Celtic awarded penalty kicks and despite the bluster the uncomfortable facts are that on each occasion the referee was spot on. 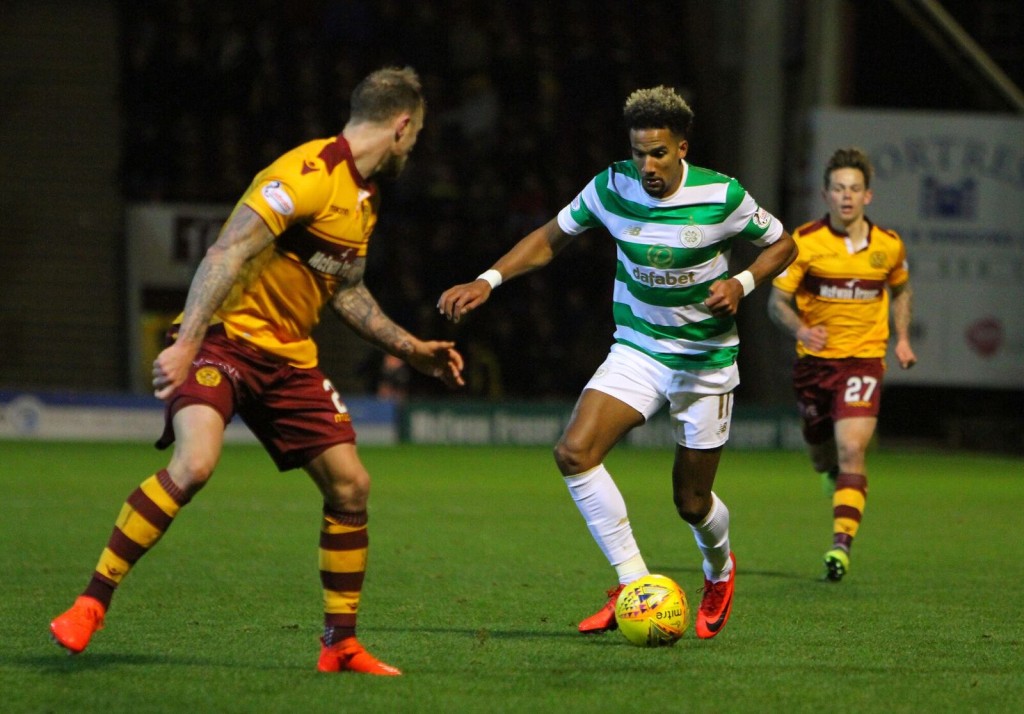 But these incidents concern the Scotland captain less than the dangerous environment that the Celtic players faced on the park.

Motherwell’s manager, who took a step back from the statement that the club released, supported Brown and condemned his own supporters for the incidents where various objects were throw at Celtic players throughout the match and particularly in the second half.

Clearly he saw it then. Perhaps he can have a word with Grant Russell and the Motherwell Board who rather embarrassingly failed to acknowledge that the incidents occurred.

Robinson’s full interview is below. He has no injury worries ahead of tomorrow’s clash, unlike Brendan Rodgers who has lost both Moussa Dembele and Paddy Roberts so far in the triple header against the Lanarkshire outfit.