Celtic Quick News on News Now
You are at:Home»Football Matters»‘DEILA’S TIME IS UP,’ ROD STEWART
By CQN Magazine on 5th February 2016 Football Matters
CELTIC-MAD CQN’er and singing superstar Rod Stewart reckons it’s time his favourites ditched Ronny Deila.
The veteran entertainer was at Pittodrie in midweek to witness the Hoops losing 2-1 to Aberdeen as the Dons cut the advantage at the top of the Premiership to three points. 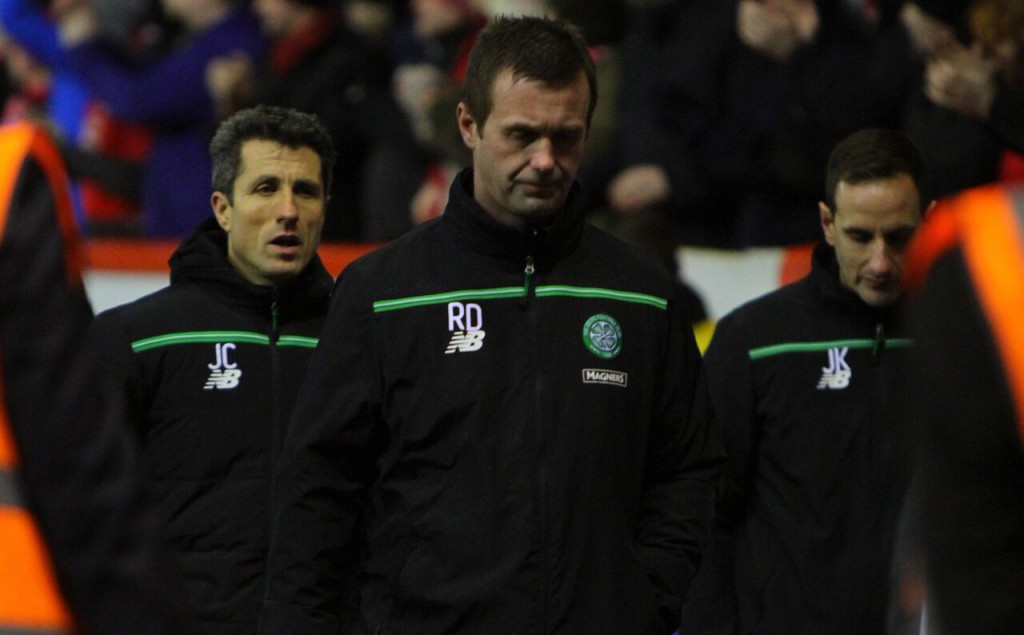 Stewart insisted: “If I was to say anything about the manager, I just think that maybe the club is a bit too big for him at this point in his career.

“I don’t want to run him down and mock him, but that’s the way I look at it.”

Deila, who has been in charge of the champions since June 2014, has faced criticism following lacklustre performances from his team, including a disappointing conclusion to their Europa League campaign, the dismissal from the League Cup by Ross County and 70-year-old Stewart reckons a change is needed.

When pushed on whether former Manchester United and Everton boss David Moyes would be a good replacement, the former Faces frontman admitted he would top his wishlist.

He added: “I can’t say that. I’m very close to the board there and the executive chairman. Something is wrong, but I wouldn’t mind David Moyes, at all

“Fans are drifting away and something has got to be done.”

Celtic are three points clear of challenges Aberdeen and have a huge goal difference advantage on the Pittodrie club who unlike Celtic are out of the Scottish Cup.