Celtic Quick News on News Now
You are at:Home»Latest News»‘DID BRENDAN SPEAK WITH THE PLAYERS? NO,’ REVEALS NEW No.2 KENNEDY
By CQN Magazine on 1st March 2019 Latest News

JOHN KENNEDY has revealed he has no intention of joining the Brendan Rodgers-led exodus of the Celtic backroom staff when the Irishman headed for Leicester City on Tuesday.

Chris Davies, Kolo Toure and Glen Driscoll also quit for the mid-table Midlands outfit, but there was no way new assistant manager John Kennedy was going to be persuaded to follow them.

Instead, the former centre-half, whose injury was cruelly cut short following a dreadful challenge while on duty for Scotland, was entrusted with the task of putting together a new squad for the incoming Neil Lennon, 24 hours before the team had to play a crucial Premiership game against Hearts at Tynecastle.

The ex-Hoops gaffer, who accepted the post on an interim basis until the end of the campaign, thanked Kennedy and admitted he would “lean on” him in the forthcoming weeks.. 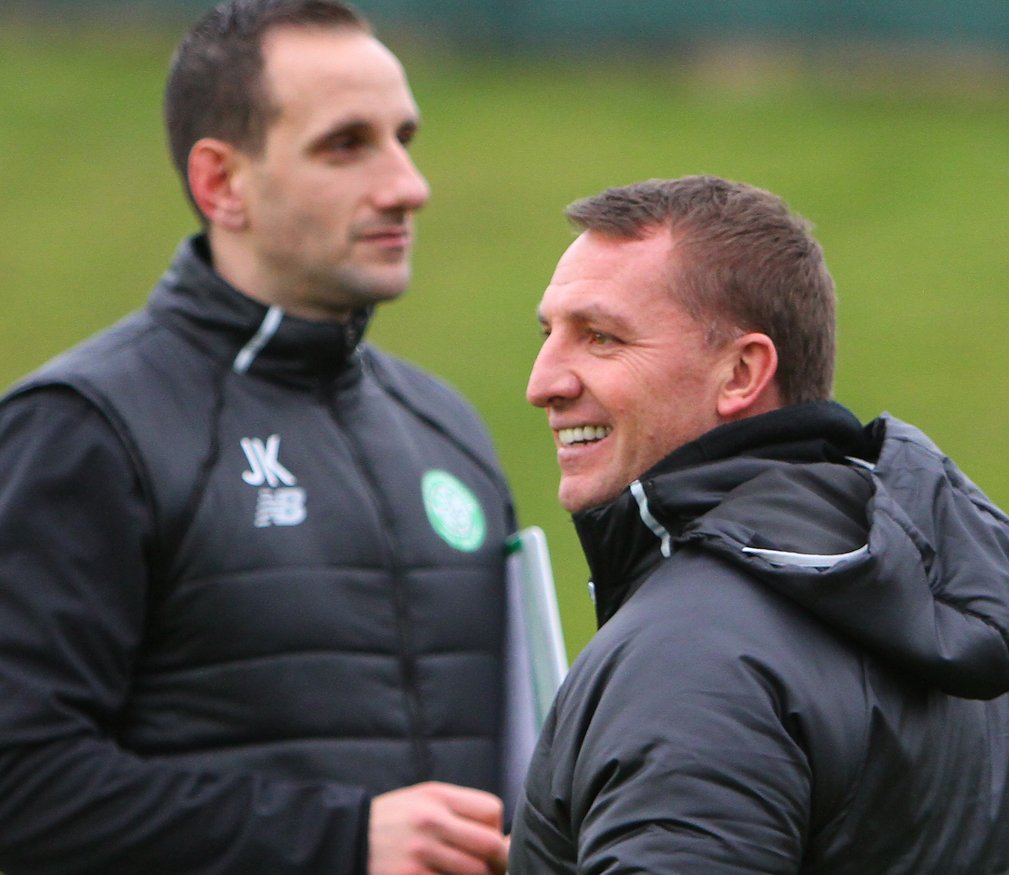 IN THE BACKGROUND…John Kennedy at Lennoxtown with Brendan Rodgers – but he is now going to be more in the frame.

The immediate reward for the new team that consisted of Lennon, Kennedy and Damien Duff, who took on the role of first team coach after barely a couple of months with the reserves, was a dramatic 2-1 triumph over Hearts in Ediinburgh.

Now they are preparing for tomorrow night’s vital Scottish Cup quarter-final against Hibs at Easter Road and the first time they will be able to take a bow at Parkhead will be a week tomorrow in the 60,000 sell-out encounter against Aberdeen..

Kennedy, speaking to the Daily Record, said: “There wasn’t a moment when I might have gone, too.

“I had a great relationship with Brendan. The first I spoke with him about this was Monday morning.

“He said he was probably going to speak with Leicester and to get ready to take the team.

“Did Brendan speak with the players? No. He left about Monday lunchtime. He came out to training as normal and, to be fair, when he left the building, nothing was done or decided. 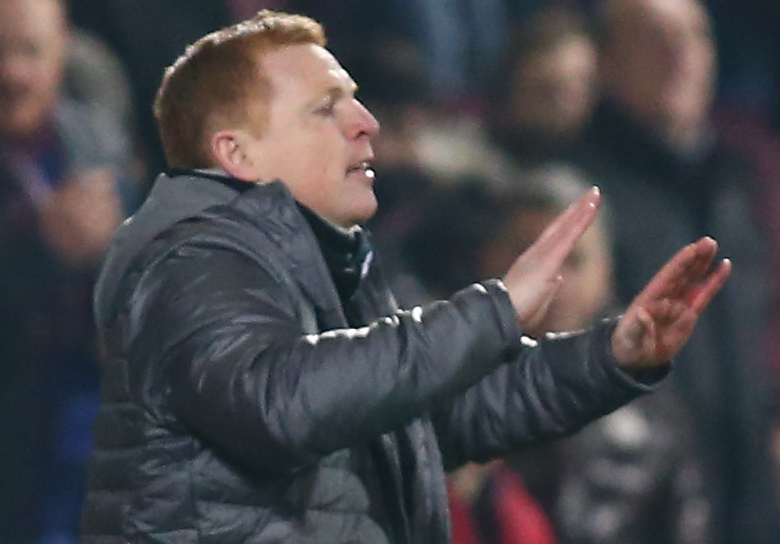 “He was just going at that moment in time to have chats, so the players weren’t aware of it as news broke through.

“Peter Lawwell arrived at the training ground in the afternoon, discussed the possible plans and told me that I was wanted here.

“He told me to prepare the team and if there was an appointment that I’d be assistant manager.

“I’m quite a calm guy, anyway, I tend to see clarity in what’s going on.

“When the news was first broken to me, there was obviously an hour or two where I was thinking about how I had less than a day to pull a backroom staff together to get ready for a game a day later.

“That was my priority at the time. Damien Duff was the first person to come into my mind in terms of taking the team and having him there.

“Then when I spoke to Neil when I knew he was coming into the role, he asked me what I was thinking and when I mentioned Damien he said: ‘Perfect’.

“We then all met and had a chat and Neil was happy to go with that.

“Sometimes, when these things happen, it drags on for a bit, but the club have been well prepared and got things sorted very quickly, so we move on.

“I’ve spent a large chunk of my life here in terms of being a player and working behind the scenes. There’s an emotional attachment.”