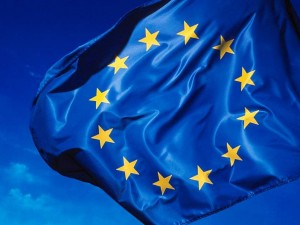 Bayern Munich and Paris St Germain will bring some autumn glamour to Glasgow in the Champions League group stage. Bayern are second favourites for the trophy, PSG, fifth. The challenge to reach the knock out stage could scarcely be greater.

Anderlecht, by comparison, offer substantially less-ominous opposition, but a quick glance at their European form will dissuade anyone from underestimating the Belgian champions.

The group bears a remarkable resemblance to Celtic’s 2003 Champions League group, the last time we faced Bayern and Anderlecht, with another French side, Lyon, ending up as group winners.  All four teams finished within three points, with Bayern and Lyon both winning the final games by a single goal – dropped points would have seen them eliminated.  Celtic qualified for the Uefa Cup, courtesy of a superior head-to-head record against Anderlecht.

Anderlecht started last season slowly (as they have this season), failing to reach the Champions League group stage, but that only spurred them on for a memorable Europa League campaign. In Europe’s second-tier tournament, they won away in Azerbaijan before recording draws in France (St Etienne) and Germany (Mainz, whom they beat 6-1 in Brussels).  Fortunate form for trips to those two territories this term.

They knocked-out Zenit and APOEL Nicosia in the first two Europa League rounds before being eliminated 3-2 on aggregate in the quarter-final by Manchester United. Those are very decent European results, but it you want some comfort, Ajax went all the way to the final 14 weeks ago, and they were beaten home and away by Rosenborg this month.  It’s not about what you did yesterday that counts.

At Celtic Park, we have a punchers’ chance against Bayern and PSG, but our measure of progress this season will be determined by results against Anderlecht.  The night we beat them 3-1 in 2003 counts as one of our great Champions League performances, the stadium rose to a man and blew the Belgian champions away.  Watch the highlights if you are in any doubt about this.

Let’s take them this time, Brendan.  You know you can…