NEW Bhoys Liam Shaw and Osaze Urhoghide are hoping to show Sheffield Wednesday boss Darren Moore what he will miss in the new season.

Celtic snapped up the highly-rated double-act at the end of their contracts and they are in line for some game in the closed-door friendly against the Hillsborough side in Newport this afternoon.

Moore, who took over as the club’s boss in March and was too late to prevent their drop into League One, is a fan of both players and insisted he would never have allowed them to leave the stricken Yorkshire outfit.

The manager said: “We wish them well going forward. They’re two great boys and two good, young players. There’s work to be done with their development, but, in terms of potential, I think they’re both wonderful. 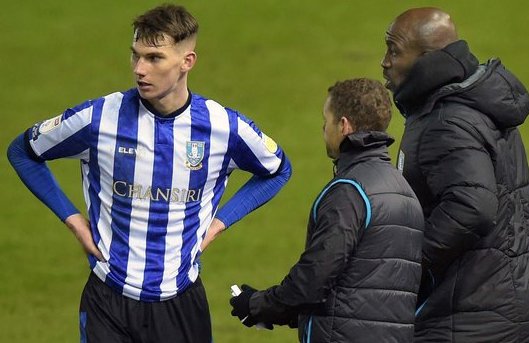 LAST ORDERS…Liam Shaw is given instructions by Darren Moore (extreme right) in one of his final outings for Sheffield Wednesday.

“Celtic have made two wonderful signings and there’s much more to come from both of them. They’ve got a lot to offer to Celtic.

“We were anxious to keep them both. But once you get that side of the year, after January, it’s very difficult for you to strike deals.

“Players of their magnitude, you don’t let them get to that side of their contract. Had I been at the club a lot earlier then that wouldn’t have happened.”

Moore, speaking to the Glasgow Times, added: “I tried to keep Osaze in the building. But the boy had already made up his mind by the time I came in. I got it and I understood it, as disappointing as it was. I tried as hard as I could. 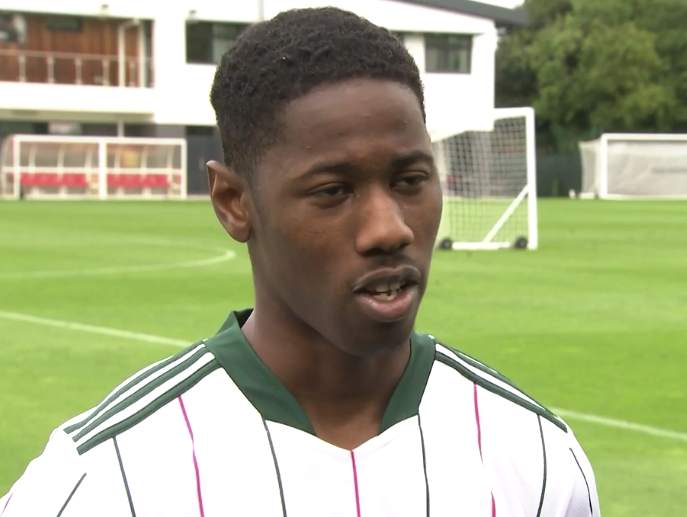 READY FOR THE CHALLENGE…Osaze Urhoghide is looking forward to life at Celtic.

“But it was especially difficult for me because no sooner had I come in then I picked up Covid. That forced me away from things for a period and I didn’t really get the chance to get hold of Osaze.

“They are both good lads and we wish them well in their new adventures at Celtic. Hopefully, they’ll both be good additions for the football club.”

Wednesday will receive a compensation fee for Shaw, a 20-year-old midfielder, and centre-back Urhoghide, who celebrated his 21st birhday on Sunday. They are due cash for development and coaching of the highly-rated double-act with the Parkhead side having to pay around £200,000 for each of their recent acquisitions.