Celtic Quick News on News Now
You are at:Home»Latest News»EX-CELT IN FRAME FOR BOSS JOB
By CQN Magazine on 28th December 2021 Latest News

FORMER Celtic midfielder Paul Hartley is in the frame for the vacant manager’s position at Kilmarnock.

The ex-Scotland international star, who spent two and a half years at Parkhead after being bought for £1.1million by Gordon Strachan from Hearts in January 2007, has emerged as a contender to take over from Tommy Wright, according to a report in the Scottish Sun.

The one-time St Johnstone Scottish Cup-winning gaffer was appointed in February, but couldn’t prevent the Ayrshire club from sliding out of the Premiership at the end of last season and departed last week with the team in fifth place in the Championship. 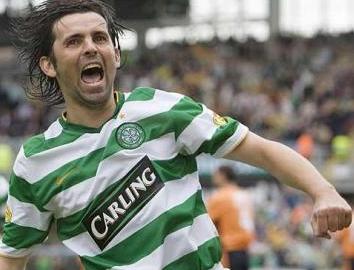 Hartley is currently boss of Cove Rangers and has had over a decade in football management after kicking off his dug-out career at Alloa in 2011 where he led them to promotion.

The 45-year-old coach also guided Dundee to the second-tier title in 2014 as well as getting Cove up a division. They are now top of League One as they chase a second promotion in three years.

Killie have been impressed by the former Hoops ace, who also had a stint as manager at Falkirk, and are likely to make a move within the next fortnight.