The team’s ageing gaffer made a remarkable appearance as a second-half substitute as a Hoops side which featured Luca Connell, the £350,000 summer purchase from Bolton, promising 17-year-old Armstrong Oko-Flex and striker Jack Aitchison went down to the League One opposition.

Lennon’s men did enough to grab the first three points of the revamped round-robin competition.

Strikes from Ally Love, Craig Howie and a Stephen Welsh own goal gave the home side the win. 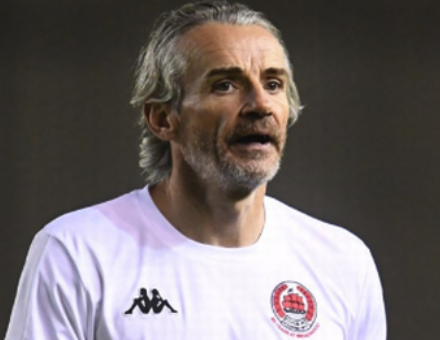 Ewan Henderson pulled one back from the spot after Oko-Flex had been fouled to make it 2-1, but the home side snatched the victory with their in-off strike in the last minute.

Veteran Lennon, who quit playing ELEVEN years ago, came on the 76th minute and celebrated with his youngsters at the final whistle.

Lennon kicked off his career at Hibs in 1987 and went on to play for Raith Rovers, Ayr United, Ross County and Partick Thistle among others.

Remarkably, he starred for the Kirkcaldy team in their League Cup Final penalty-kick triumph over Tommy Burns’ Celtic in 1994.