Celtic Quick News on News Now
You are at:Home»Match Report»‘FOR YOUNGER SUPPORTERS WHO CAN’T REMEMBER LARSSON, KRIS COMMONS IS OUR CELTIC HERO, OUR LEGEND,’ McCONVILLE
By CQN Magazine on 22nd May 2017 Match Report

The Scottish Premiership Champions lined up against Hearts making four changes to the side which beat Partick Thistle.

Hearts came to Celtic Park looking to frustrate the hosts by restricting them from playing expansive football. They sat in deep, meaning that Celtic needed to have attempts from distance with Kieran Tierney and Callum McGregor coming the closest.

The first-half was not full of much excitement, causing Brendan Rodgers to instinctively change the shape of the team, with Rogic replacing Gamboa to add an extra depth to the midfield. 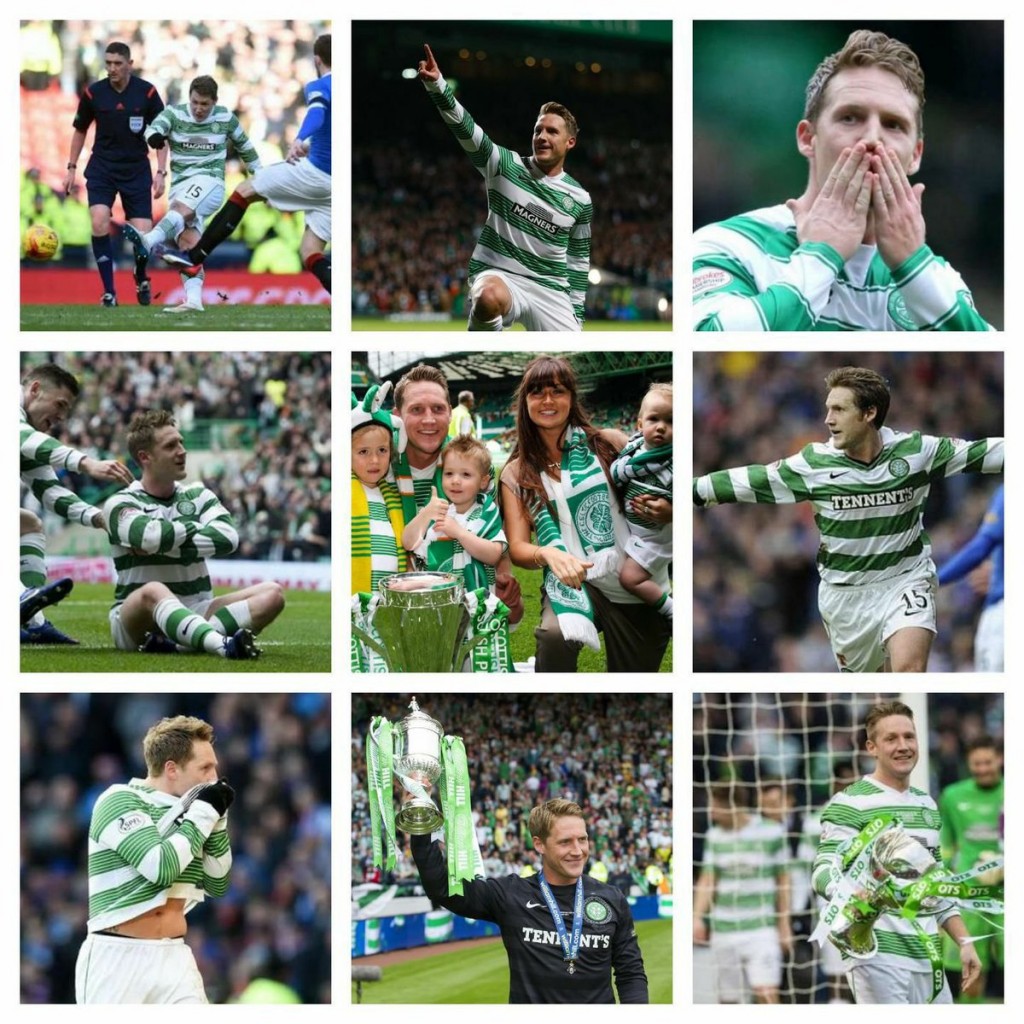 The Hoops came out for the second-half looking refreshed and ready to entertain.

Shortly after the interval Celtic got the breakthrough when Patrick Roberts danced down the right-hand side, delivering a magnificent ball which was headed in by Leigh Griffiths. After this Celtic began to show their style a quality, playing some magnificent football with Hearts still being very compact.

The lead was eventually doubled in the seventy-sixth minute when Griffith’s cross was not properly cleared by Viktor Noring. Armstrong latched on to the loose ball and doubled Celtic’s advantage.

At times Hearts did look to be quite dangerous, with the ball hitting the post from a Johnsen header as well as some brilliant saves from Craig Gordon. With today being the goalkeepers nineteenth clean sheet of the season.

The day did become a bit emotional for some Celtic fans with a final farewell coming for Kris Commons.

For a young guy like me who cannot really remember watching Henrik Larsson, Kris Commons has become a Celtic hero and legend to me. Commons scored in my first League Cup game at Hampden and in my first victory against that wee team from Govan.

Commons has also provided me with some great memories. 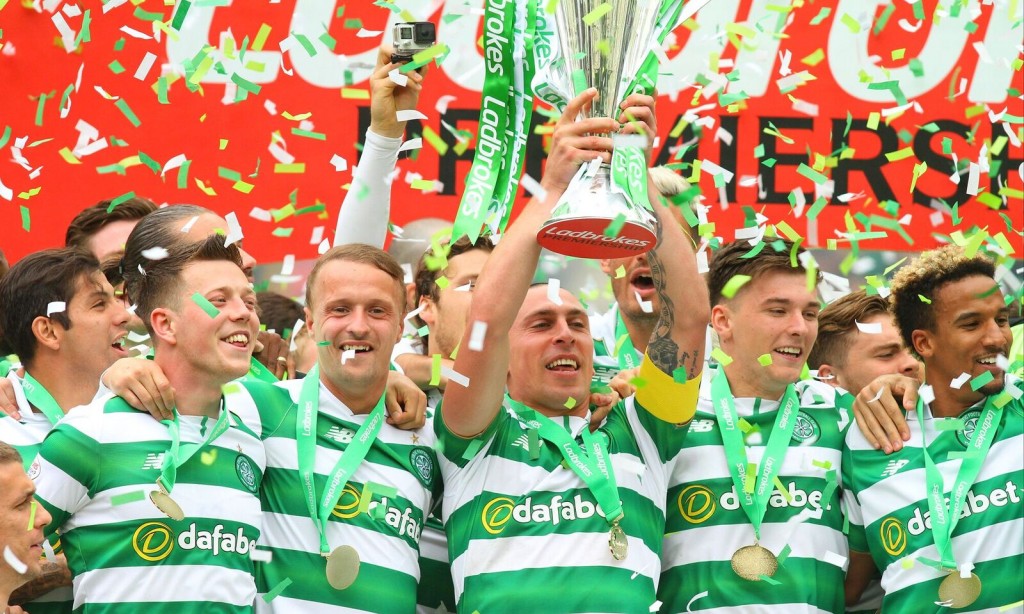 Whether that be scoring a penalty against Spartak Moscow to put Celtic through to the last sixteen of the Champions League or the following year scoring a cracker to send Celtic again back into the group stages.

I have had the pleasure of meeting him on several occasions and without a doubt is an absolute gentleman.  I wish him and his family the very best for the future.

The team and the manager deserve every single plaudit that they get. This season has been unimaginable to me and many others. To go through a league campaign undefeated is incredibly tough.

This team is special and has entertained many of us which I am truly thankful for. Next week is the pinacol of the season with Celtic lining up against Aberdeen in the Scottish Cup Final with the chance of a treble for the first time in sixteen years.

VOTE NOW for your Celtic Song of the Season – VOTE HERE.