Celtic Quick News on News Now
You are at:Home»Latest News»GERRARD ‘MUST BE EMBARRASSED’
By CQN Magazine on 18th September 2021 Latest News

CHRIS SUTTON insists Steven Gerrard “must be embarrassed” by the Ibrox side’s bizarre ban on the Celtic goal hero.

The outspoken media pundit and his former Hoops team-mate Neil Lennon were refused entry to the club’s ground before their 2-0 Europa League loss to Lyon on Thursday night.

The ex-Parkhead pair were due to be part of BT Sport’s pundit line-up for their coverage of Ange Postecoglou’s side’s game against Real Betis in Seville before switching their attention for comments on the home club’s match against the French aces.

However, Sutton and Lennon were told they were not welcome as they posed a “security risk”. The satellite station had to call in Stiliyan Petrov for his views from their London HQ. 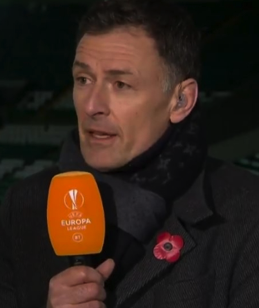 SILENT TREATMENT…Chris Sutton was muted by the Ibrox bosses before Euro loss to Lyon.

Sutton, speaking in a report in the Scottish Sun, said: “Rangers are getting into dangerous territory. This is Trumpism at its finest.

“I still don’t really know the reason why I wasn’t allowed into Ibrox.

“I was in at Ibrox last season when there were no fans and I was told I was unwelcome.

“What Rangers are saying is: ‘If we don’t like what you say about us, we aren’t letting you in’.

“Where does this lead? What if every club across the country started to do that? I just think they are getting into murky waters.

“Steven Gerrard and Gary McAllister must be embarrassed by the way the club are acting on this.

“I hope Rangers do the right thing and put it right.” 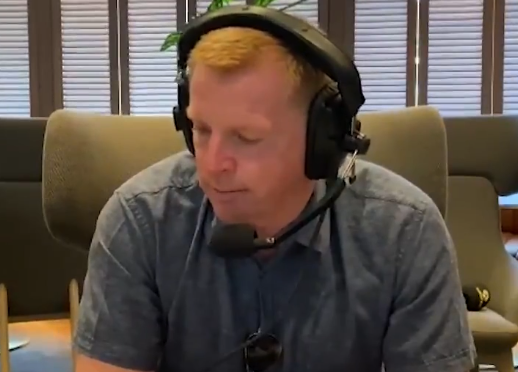 THE QUIET MAN…Neil Lennon was not allowed to give his views at Ibrox.

On the evening, Sutton took to Twitter to say: “I’m not allowed to work on the Celtic game tonight from a studio at Ibrox along with Neil Lennon as Stewart Robertson the Rangers CEO says we are a security risk. Good to see Rangers’ ground breaking diversity and inclusion campaign ‘Everyone Anyone’ is working well…”

A BT Sport spokesman said: “We had hoped that Darrell Currie and the team would be able to present the coverage of both the Celtic and Rangers UEFA Europa League games live from Ibrox this evening, as we have done in the past.

“Rangers have since raised security concerns and so we have had to change our plans.”
Former Celtic boss Lennon is reportedly seeking legal advice on the matter.
Click Here for Comments >
Share. Twitter Facebook Google+ Pinterest LinkedIn Tumblr Email
Previous ArticleDRASTIC ON PLASTIC? NO EXCUSES FROM ANGE
Next Article EX-CELT IN SURPRISE CEO BID