Celtic Quick News on News Now
You are at:Home»In Pictures»GOOD OLLY: WORDS AND IMAGES OF THE SEASON: JANUARY
By CQN Magazine on 5th April 2020 In Pictures

OLIVIER NTCHAM scores headed goals with the regularity of sightings of Halley’s Comet.

However, it must be admitted when Celtic’s French midfielder does knock in one with his napper it tends to be fairly spectacular. We only have to look back to the 3-0 win over St Johnstone in Perth on January 29 to emphasise that fact.

It was another crucial Premiership encounter for the Hoops on their pursuit of their ninth successive title, but the former Manchester City prospect, bought by ex-boss Brendan Rodgers for £4.5million in the summer of 2017, got the Hoops off to a flyer – literally – early in the game.

Six minutes were on the clock when James Forrest flighted in a right-wing cross and Ntcham did not break stride as he raced into the penalty area to meet the ball perfectly with his head to send a thumping effort zipping towards its destination while keeper Zander Clark didn’t move a muscle.

Forrest and Leigh Griffiths added quickfire strikes as the champions remained on track for another crown.

CQN‘s ace lensmen were there to capture the goal. Here is the thrilling sequence.

FRENCH CONNECTION…Olivier Ntcham rises to fire in a header.

NET PROFIT…Saints keeper Zander Clark is left helpless as the ball rages towards the rigging. 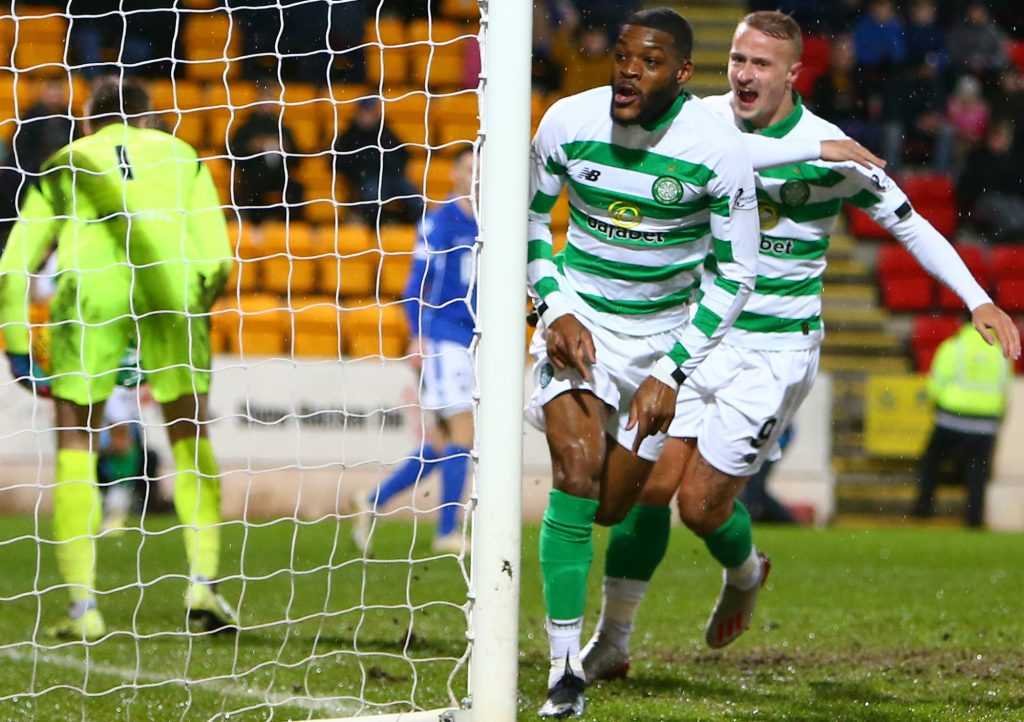 JOY BHOYS…Olivier Ntcham races away in triumph with Leigh Griffiths in pursuit. 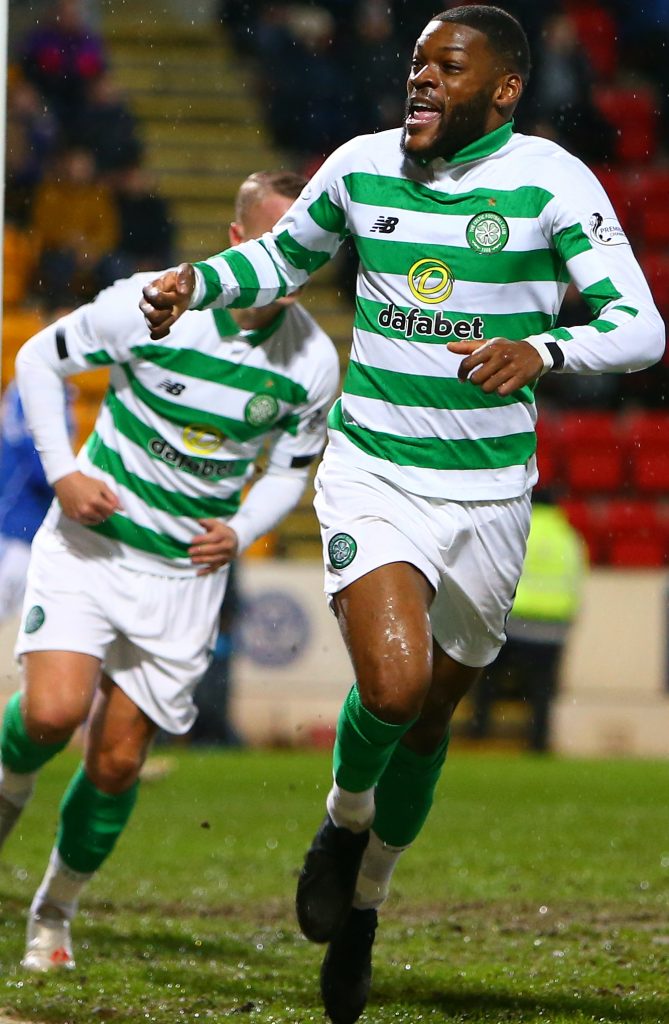 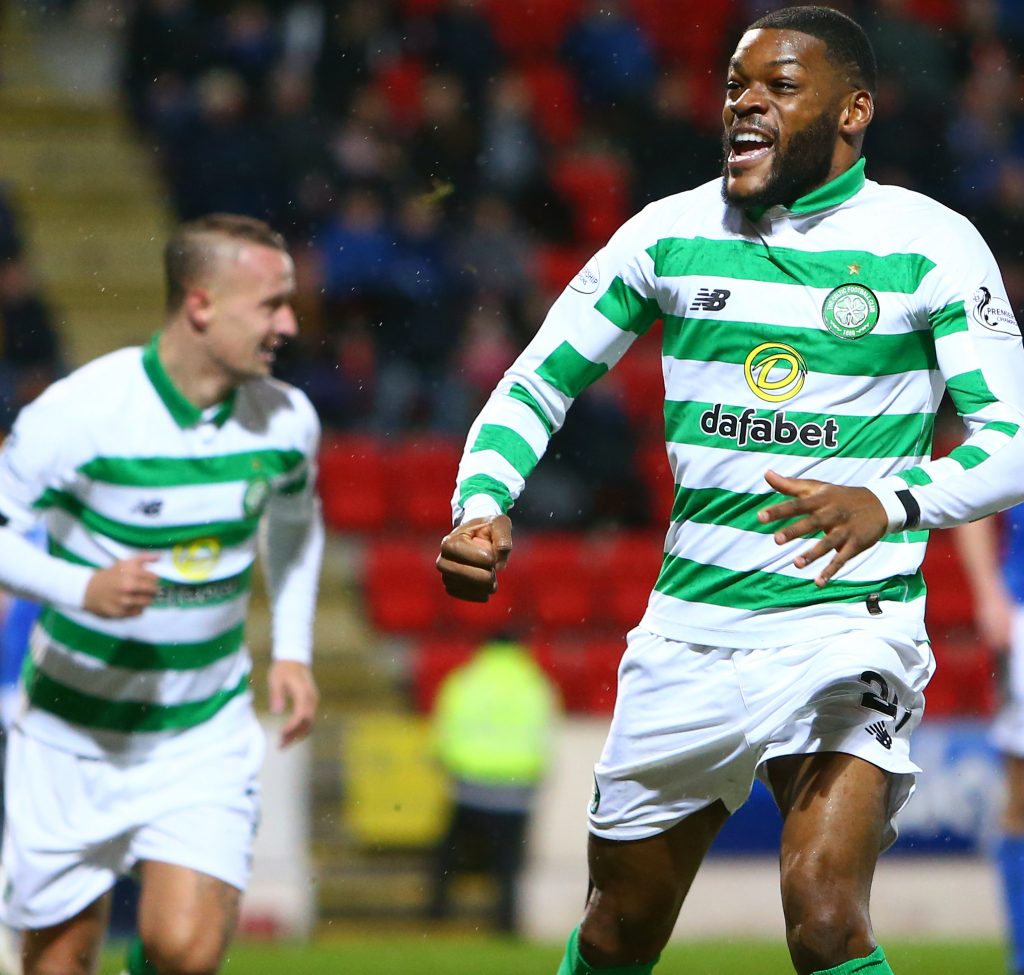 FRENCH FANCY…Olivier Ntcham accepts the acclaim of the travelling support. 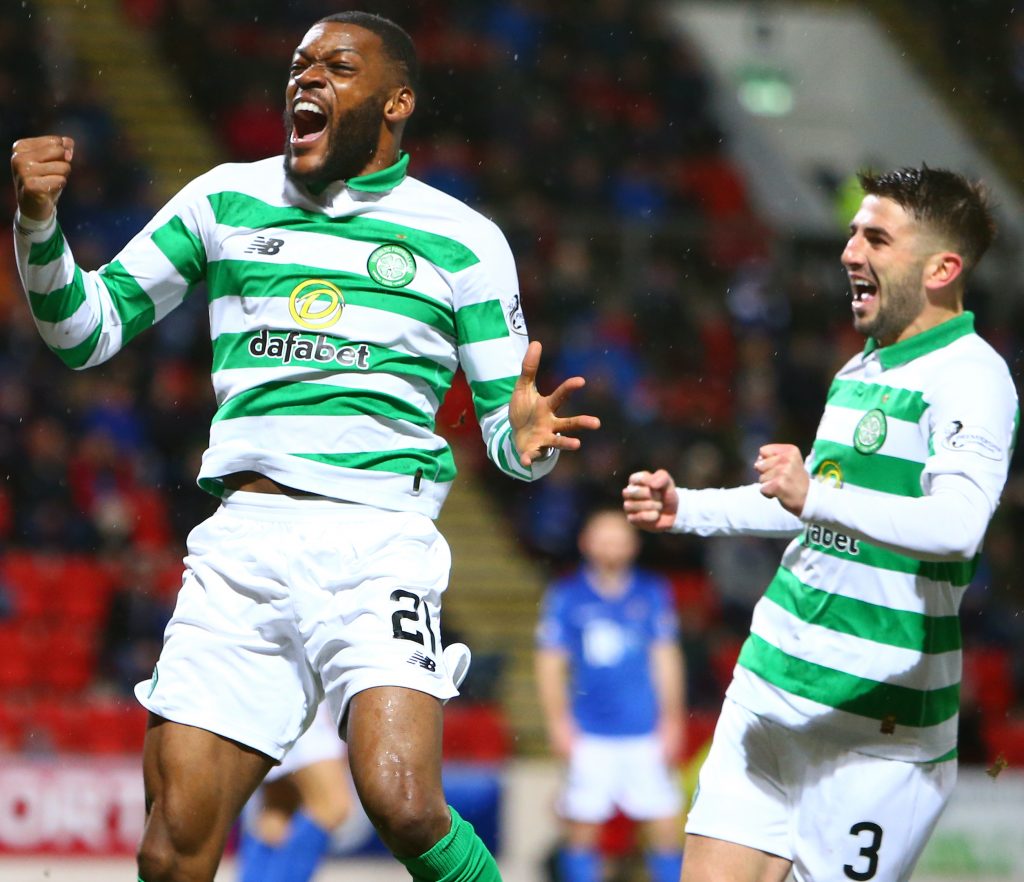 UP IN ARMS…Ntcham yells in delight as Greg Taylor joins the celebrations. 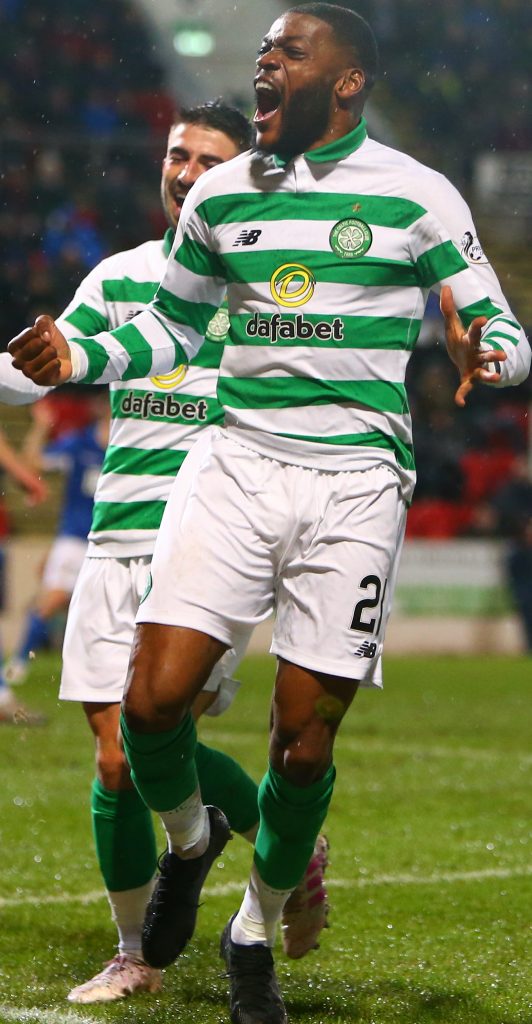 IN WITH A SHOUT…Olivier Ntcham can’t disguise his delight. 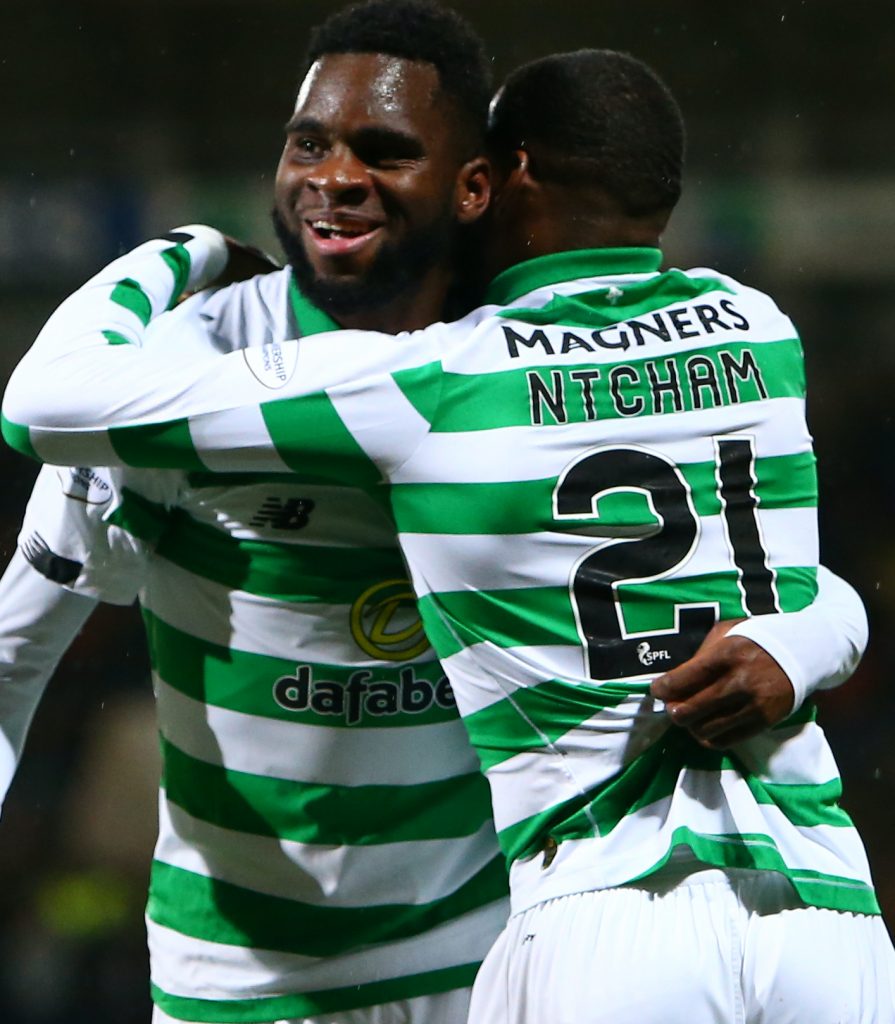 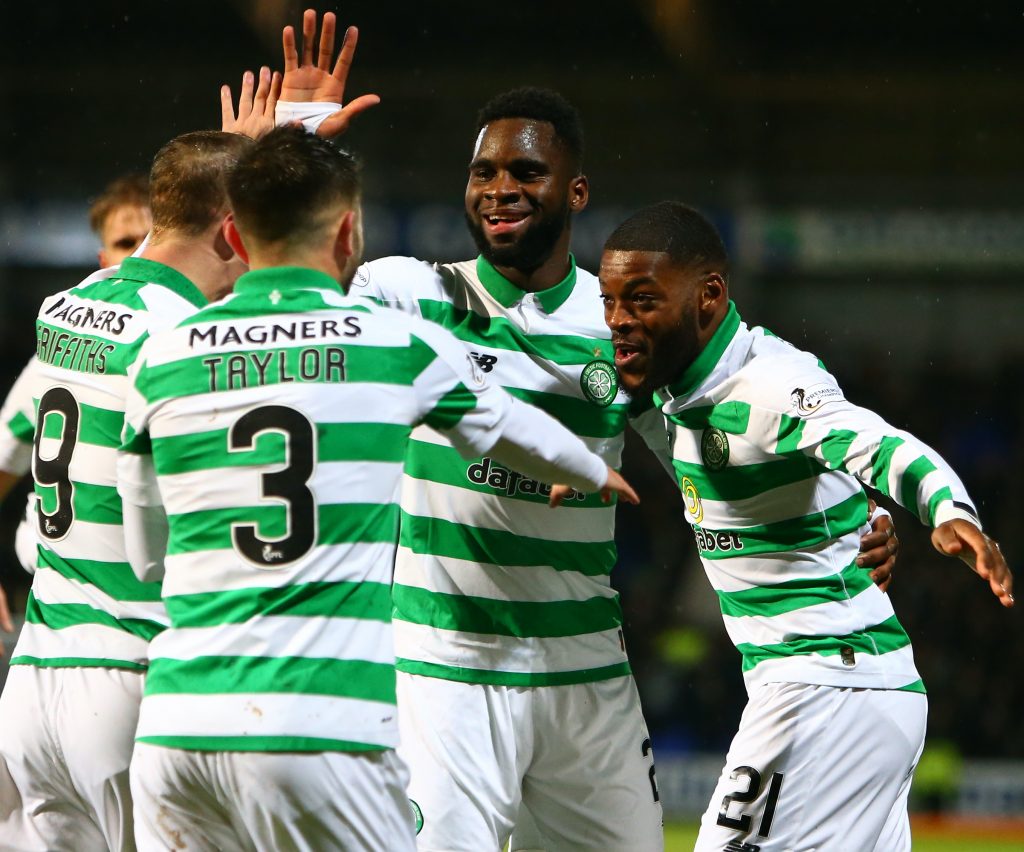 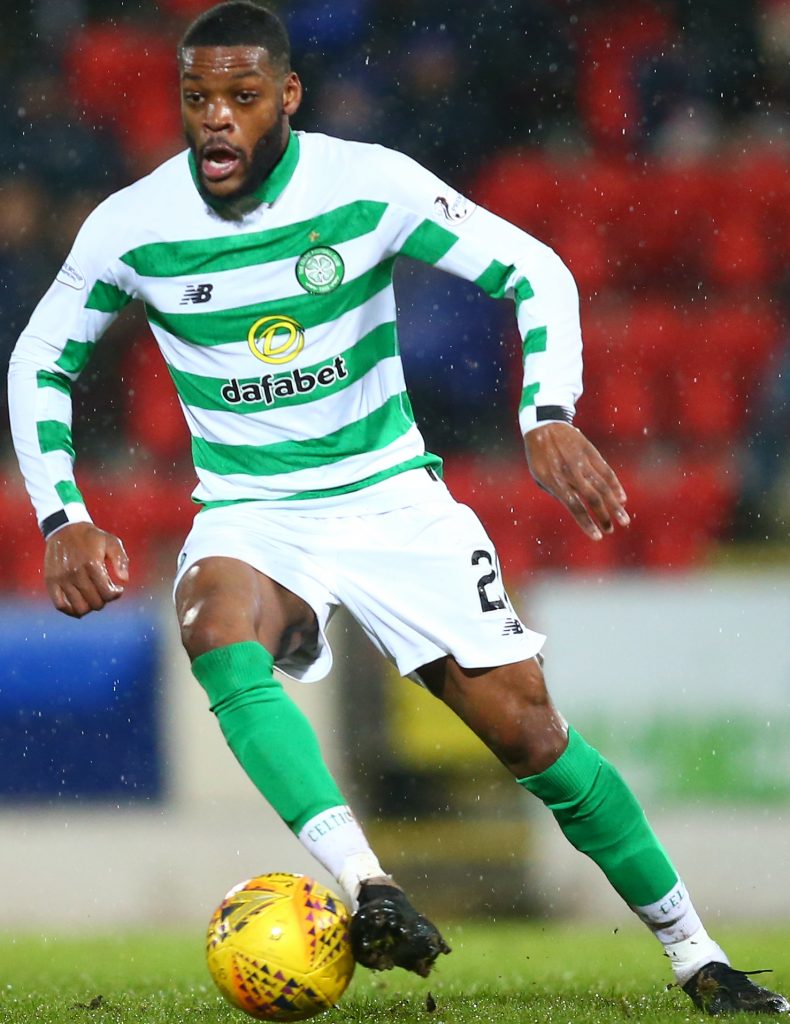 ON THE BALL…Olivier Ntcham in his normal pose as he takes control of the midfield.

TOMORROW: The best in words and pics for February.