RYAN CHRISTIE will no doubt enjoy having something to celebrate today – his 25th birthday.

It’s been a tough year so far for the Celtic playmaker who kicked off 2020 with a nonsensical three-game ban from the SFA for alleged “violent conduct” in the non-event coming-together with Alfredo Morelos at Parkhead on December 29.

Christie brought down the curtain on a miserable 2019 by missing a penalty-kick against Steven Gerrard’s side and was then taken to hospital immediately afterwards to undergo an emergency groin operation.

And then he became the first player with a Scottish club to fall foul of VAR on Thursday night when it was adjudged he had handled a left-wing corner-kick in the stalemate with FC Copenhagen in the first leg of the Europa League last-32 encounter in the Danish capital. 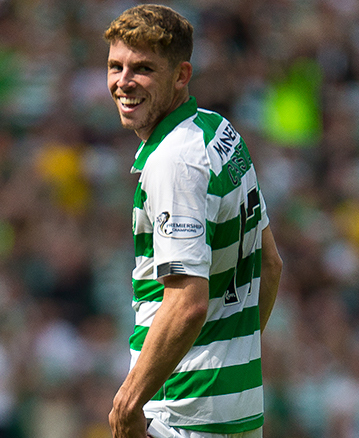 Thankfully, goalkeeper hero Fraser Forster swooped to his right to push Jens Stage’s penalty-kick onto the right-hand post and it rebounded to safety.

The game ended in a 1-1 deadlock and the Hoops have the opportunity to finish the job at Parkhead on Thursday.

Alas, Christie will be in the stand that evening – his booking against the Danes took him over the threshold and he will be banned from the confrontation.

So, with the greatest of timing to cheer up the Highlander, CQN would like to send happy birthday wishes to Ryan!