Celtic Quick News on News Now
You are at:Home»Match Report»HIBS 0 CELTIC 0: NO SPARKLE ON LEITH FROM HOOPS IN STALEMATE
By CQN Magazine on 27th February 2022 Match Report

CARELESS Celtic blew the chance to go six points ahead at the Premiership pinnacle with a dismal and disappinting stalemate at Easter Road this afternoon.

Ange Postecoglou’s side failed to sparkle in the sunshine on Leith as they toiled rather than tantalised against Shaun Maloney’s outfit.

There was little of the imagination and cohesion on display that marked their two previous league encounters against the Edinburgh club where the Hoops have been heading for victory before half-time.

In the last game at the venue in October, the visitors were 3-1 ahead after a whirlwind start and it was a similar story at Parkhead where the side were 2-0 up before the half-hour mark.

Alas, it was a vastly different story this time around as they stumbled rather than swaggered to a frustrating deadlock.

Gone was the stylish Celts who swept opponents aside with a breathtaking and swashbuckling brand of football that marked the Greek-Australian’s arrival as Neil Lennon’s long-term successor.

On the evidence of this display, the players weren’t so much not on the same wavelength as on the same planet.

Quality of the final pass was buried amid the rubble of mediocrity and far too many crosses into the box were being snuffed out by the towering Matt Macey or his defenders.

The Hoops were not firing on all cylinders throughout, but could have been ahead inside two minutes. Tom Rogic fluffed his lines when Josip Juranovic flashed in a low ball from the right.

The Australian’s first touch was clumsy and allowed keeper Macey to snatch the ball into his grateful arms.

The shotstopper, though, should have had no chance in the 14th minute after Filipe Jota had picked out Liel Abada with a raking diagonal pass. The little Israeli winger scampered onto the ball as the Hibs rearguard were eliminated with the accuracy of the movement.

Macey was in no man’s land as he raced from his goal, Abada nicked the ball wide of him and then waywardly and tamely rolled his effort wide of the upright.

ON THE BALL – BUT OFF TARGET…Liel Abada passed up a superb opportunity at Easter Road.

It turned out to be the visitors’ best chance of the first 45 minutes in which referee Kevin Clancy contrived to book three Celtic players – Cameron Carter-Vickers, Carl Starfelt and Rogic.

Carter-Vickers could have no argument with his yellow card for tugging back Sylvester Jasper on the left touchline and Starfelt was more clumsy than anything else with his challenge on Kevin Nisbet. The Scotland striker was forced to leave the field in the 23rd minute to be replaced by Christian Doidge.

Rogic also attracted the unwanted attention of the match official following a clash with Drey Wright in the middle of the park. There was little the playmaker could do as the Hibs player ran into him and the booking was absurd.

It was clear the Celt had come off worse in the collision as he limped through the remainder of the half.

There was some controlled aggression from Shaun Maloney’s side as they fiercely contested every ball and Abada and Jota were being closely watched. At he end of the contest, five of his players – Lewis Stevenson, Ryan Porteous, Rocky Bushiri, Scott Allan and Chris Cadden – for a variety of fouls. Chris Muller was lucky to escape in the second-half when he clearly caught Jota on the face, but the whistler kept his card in his pocket. Another mindboggling decision.

There was a brief chance of a breakthrough strike when Abada sent in Daizen Maeda, but Macey was swift to get down to knock the ball away from the Japanese striker who tried hard, but carried little menace.

The first-half drew to a halt with skipper Stevenson picking up a booking for a cynical challenge on Abada which sent the raider flying about 25 yards out.

Juranovic blasted his effort over the wall, but skyscraper netminder Macey comfortably touched the ball over the bar. Unfortunately, there was no time for the corner-kick to be taken.

Amazingly, Celtic have yet to score with a direct free-kick in the league this season after 30 attempts. 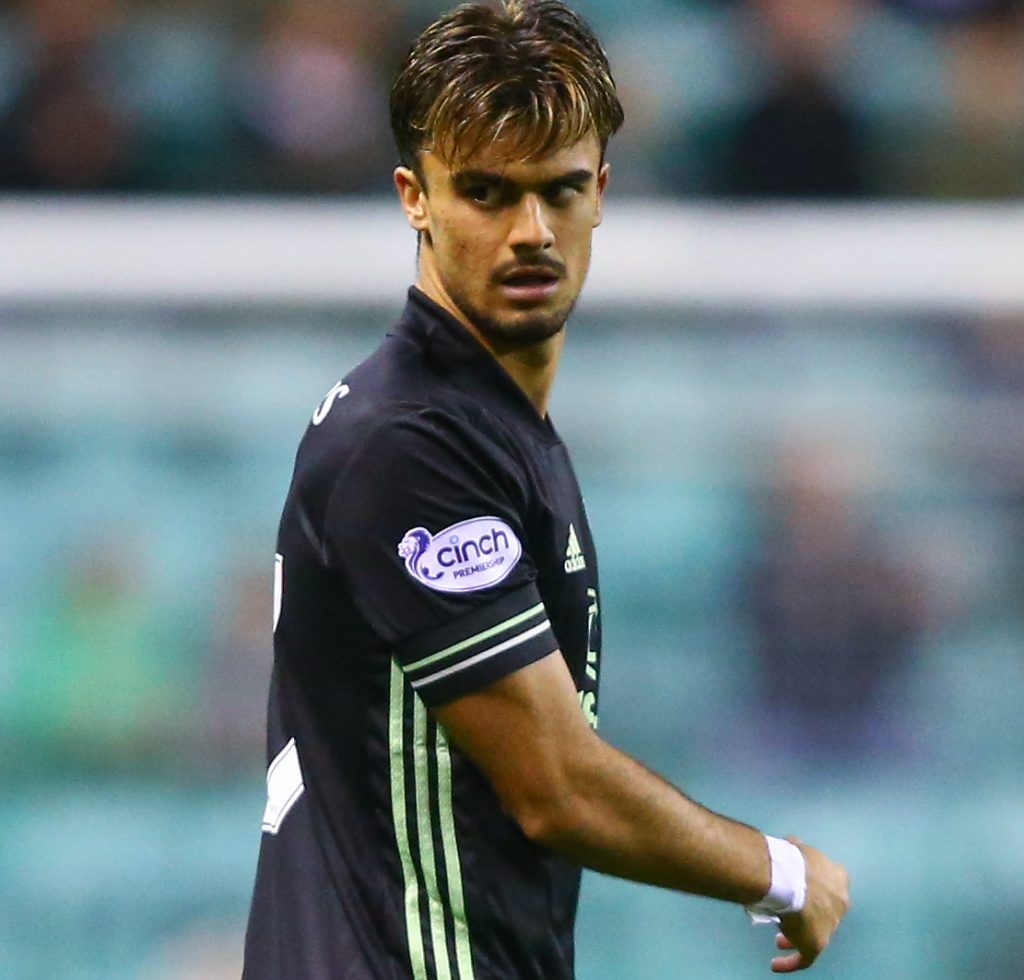 Just before the hour mark, Matt O’Riley replaced the toiling Rogic as Postecoglou attempted to add zest and vigour to his midfield.

Hatate was largely disappointing and too many moves collapsed around the Japanese midfielder and it was left to skipper Callum McGregor to try to cajole his troops to inspire them to greater heaights as two points slipped away.

There was a flurry of activity as six minutes of stoppage time ticked down. Jota, who had earlier blirzed an effort into the crowd, tried again as he cut in from the left, but once again his drive was high, wide and horrible.

When the smoke of battle cleared, Celtic were left with a solitary point for their efforts. A point won? Or two points lost?

We’ll find out at the end of the season.

However, there can be no argument the team is lacking a killer instinct and the threat provided by Kyogo Furuhashi and Giorgos Giakoumakis, who sat this one out through ilnness, was sorely missed on this occasion.

The lack of ingenuity in the final third will also be something for the manager to attempt to address before more points are allowed to slip away.