SHAMBOLIC Scotland got lost in a maze of mistakes as they collapsed 4-0 against Belgium in the friendly international at Hampden last night.

Roberto Martinez’s side showed why they took third place in the World Cup Finals in Russia in the summer with a devastating and clinical performance.

Five Celts – four from the Scots and one for the visitors – were involved at the start. Here is CQN’s look at their individual performances and our ratings out of 10. 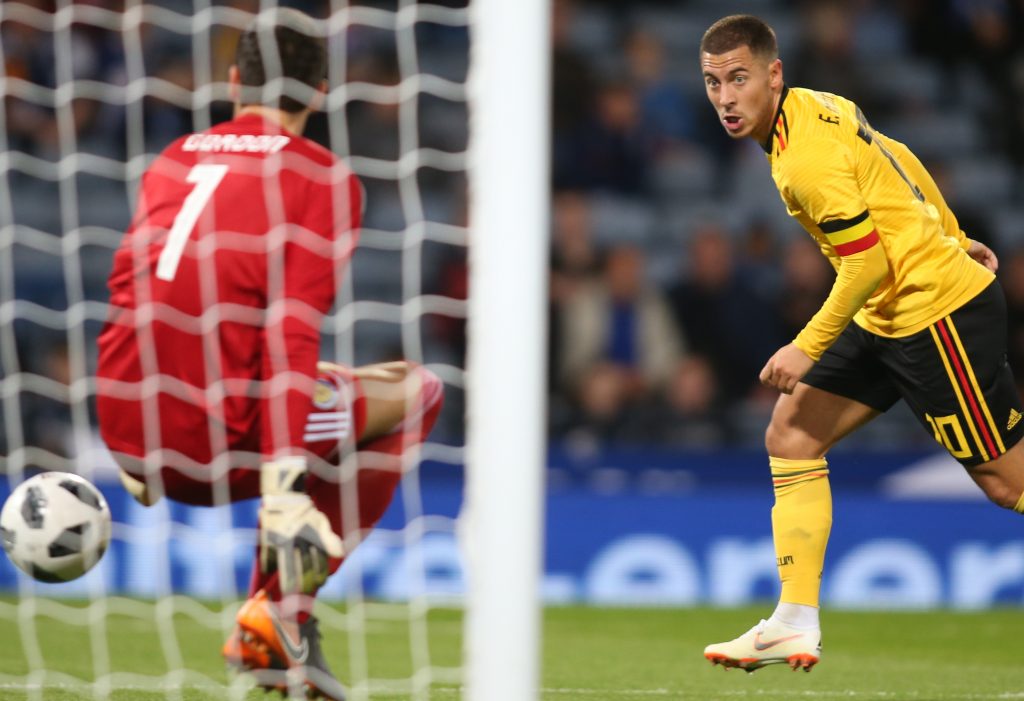 NOT THIS TIME, EDEN…Craig Gordon denies the Belgian star with a point-blank save in the first-half. Hazard got his revenge with the second goal a minute after the interval.

The keeper didn’t have a chance at any of the goals scored by Romelu Lukaku, Eden Hazard and Michy Batshuayi (2) and was given little cover from a makeshift defence.

If there was a criticism on the night it would have been his throw-out to John McGinn that led to the opening goal in the 28th minute. He took a long ball into his gloves before releasing a quick clearance to the midfielder who was on Brendan Rodgers’ radar before his £2.75million summer switch from Hibs to Aston Villa.

McGinn should have done so better, but he took a clumsy first touch that invited Mousa Dembele – no relation! – to pounce, pass to Thorgan Hazard and he set up Lukaku smack in front of goal.

Gordon would have known the Scots had to build from the back on an evening when Liegh Griffths had a lone role up front. A long ball downfield would have inevitably come straight back up the pitch. The goalie was also criticised in some quarters for going down too early at Eden Hazard’s effort a minute after the turnaround. However, the sheer velocity of the Belgian’s shot would have beaten most keepers. 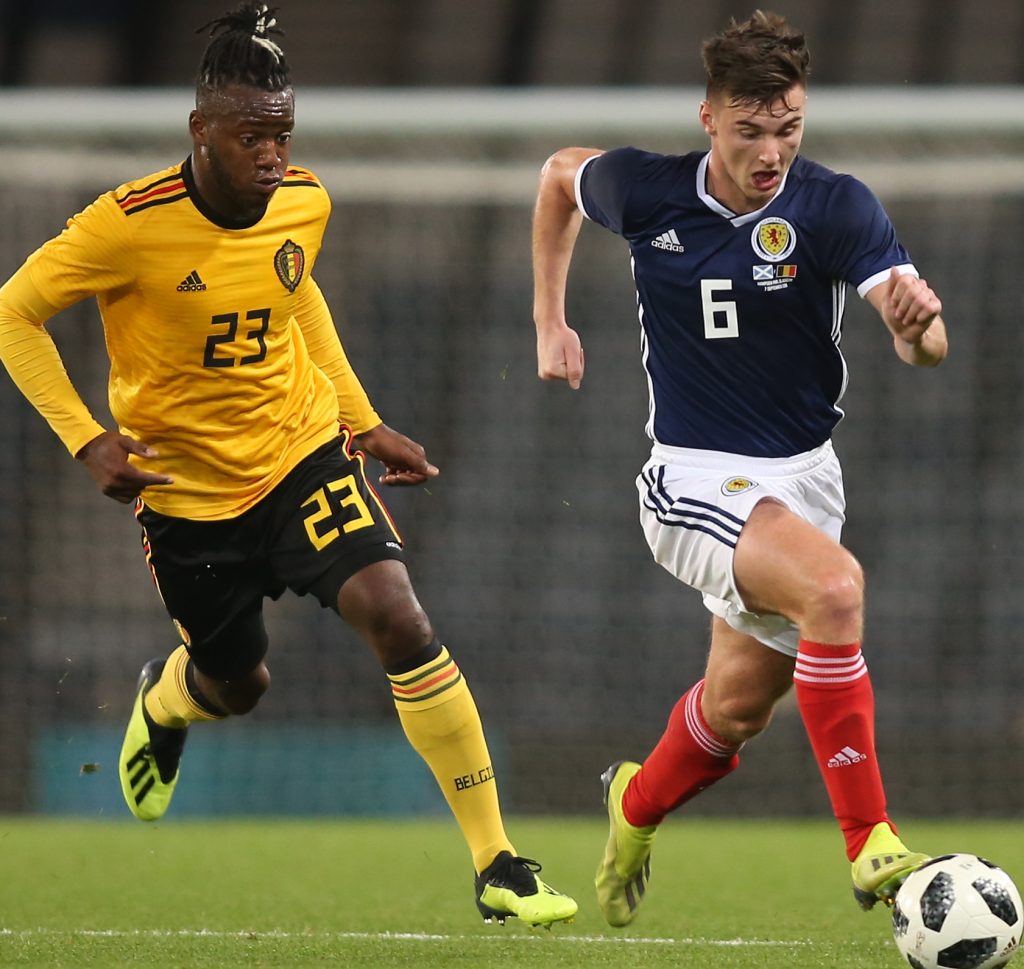 ON THE RUN…Kieran Tierney drives into some welcome space as two-goal Michy Batshuayi gives chase.

Did his best in an unusual role with Andy Robertson in the left-back position. One of the Hoops youngster’s main strengths is his ability to fire up and down the left wing, but he was denied that opportunity playing in a more central slot.

Denied the grass to power into, KT is simply not as effective for his country as he is for his club.

The Scots gaffer must try to find a way of playing KT and Robertson together. One solution would be to hand the Hoops star his usual No.3 role and play Robertson in front of him. Albania will be Scotland’s visitors in the opening game of the UEFA Nations League on Monday night and McLeish knows he can’t falter at the first hurdle and must field his strongest line-up.

MIDFIELD CRISIS…the hard-working Callum McGregor tried valiantly to conjure up openings on a night to forget.

Showed a lot of neat touches, as you would expect from a class act, but was swamped in the middle of the park by the awesome energy, invention and power of the Belgians where Spurs’ Dembele was outstanding.

In the opening moments, it looked as though he would link up well with Celtic team-mate Leigh Griffiths ahead of him, but, as the half wore on, the openings became fewer and fewer.

There looked to be little chemistry between McGregor and McGinn in the engine room. The Championship performer has the ability to run all day and night, but some of his choice-making needs to be addressed – firing long-range drives at a keeper of Thibaut Courtois’ quality is akin to a passback.

McGregor was replaced by striker Johnny Russell in the 68th minute as McLeish looked for at least a consolation goal. However, the Celt showed some clever touches up against one of the best midfields in world football. 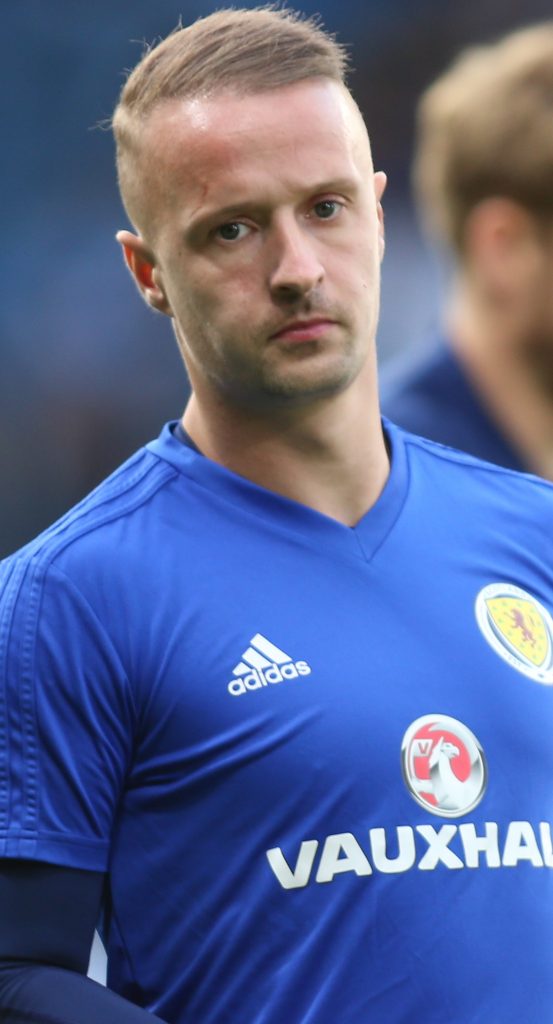 AN OFF-NIGHT…Leigh Griffiths was starved of service and was replaced at the interval after sustaining an injury.

It was Mission Impossible for the Celtic Centurian on a night when he was asked to feed off scraps. As ever, the 27-year-old frontman displayed eagerness and good timing in his runs, but he rarely put the Belgians’ back lot under any pressure.

Seemed to have problems finding the right footwear and changed his shoes THREE times while he was on the field for the first 45 minutes.

He took an injury, too, which did nothing to enhance his evening’s work in the national stadium. It was no surprise he did not reappear after the interval with Streven Naismith taking his place. 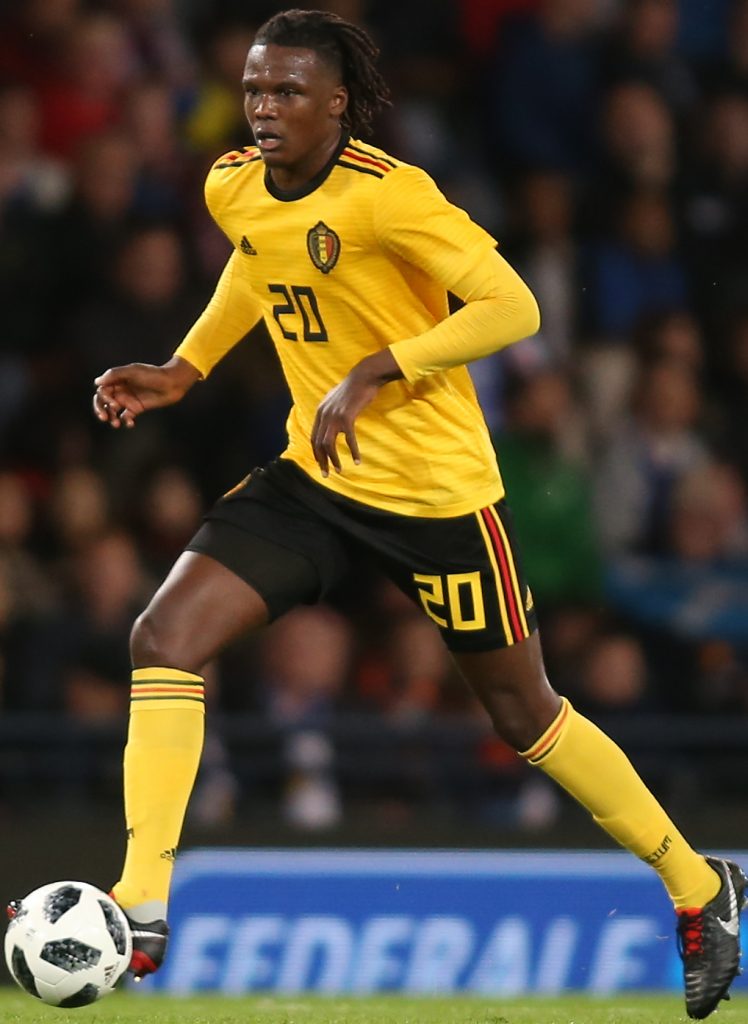 A STROLL IN THE HAMPDEN PARK…Dedryck Boyata eased his way through the encounter. Pics: Geo.

The classy Celtic defender would have expanded more energy getting out of bed in the morning than dealing with the non-existent menace from the Scots.

He strolled around on the right-hand side of the defence alongside Vincent Kompany and didn’t attempt anything too elaborate. He kept it simple, playing short balls to the likes of the Hazard brothers, Dembele, Yourri Tielemans and the impressive Dries Mertens.

Boyata, who recovered following a first-half knock, wouldn’t have been surprised to win at Hampden – he’s had plenty of experience in such happenings at club level.