NEIL LENNON is adamant the “hysteria and panic” from outside Celtic will not sidetrack him from his ambitions to add the historic tenth successive title during the club’s glorious sequence.

The manager also has the opportunity to seal the phenomenal quadruple treble – the TWELFTH consecutive domestic honour in a spectactacular four-year reign – when they meet Hearts in the delayed Scottish Cup Final at Hampden on December 20.

Despite mounting criticism and some calls for him to go, defiant Lennon has no intention of quitting the Hoops and insisted he has the backing of the club’s hierarchy, as CQN reported yesterday.

The gritty Irishman said: “Look, if things deteriorated, you might have to hold your hands up. But, at the minute, I’ve got no intentions of quitting.

Asked if he still believed he was the man to lead the club into the record books with an amazing tenth championship in succession, he told the Daily Record: “There’s no evidence to suggest that I can’t.” 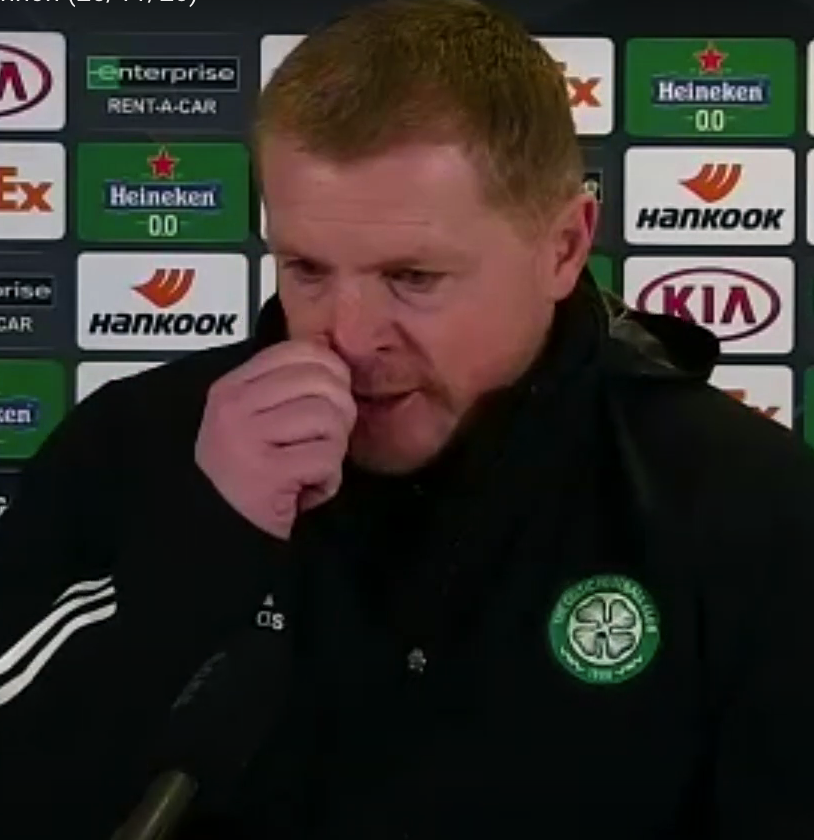 The former club captain has won 10 titles – five as a player and five as a manager – and added: “I’m actually enjoying going through this adverse period, if you want to call it that. It makes you feel stronger.

“My backroom staff are the same and the players are hopefully taking on board what we’re asking of them. They know they have a lot more to come.

“You are going to get outside opinions and voices and I can’t argue with it, I can’t disagree or agree with it.

“It’s just there and I don’t engage with it. There are always challenges as a manager that you always have to face.

“It can’t always be rose gardens. You have to come through a little bit of adversity at times.

“I have great faith in what I’m doing, what my backroom team are doing and certainly what the players will do going forward.”

Lennon’s focus is now on tonight’s Europa League Group H encounter against Sparta Prague in the Czech Republic which has a 5.55pm kick-off.

Then the attention switches to Sunday at Parkhead when the team begins the defence of the League Cup they have won over the past four seasons when they take on Ross County.