NIR BITTON admits he will be “in big trouble” with Neil Lennon if he is not fit for the Glasgow derby at Parkhead a week today.

The midfielder confounded the Celtic boss when he staged a quickfire return from an ankle injury to represent Israel against Scotland in the Euro Championship play-off semi-final on Thursday night.

Bitton, who had limped off after only 10 minutes of the 1-0 Europa League win over Sarajevo in Bosnia and missed the 2-0 victory over St Johnstone in Perth last weekend, played the entire two hours in the extra-time marathon that ended scoreless.

The versatile 28-year-old performer even netted a penalty in the spot-kick shoot-out before the Scots, with Callum McGregor on target, edged through 5-3 to face Serbia in the Final on November 12. 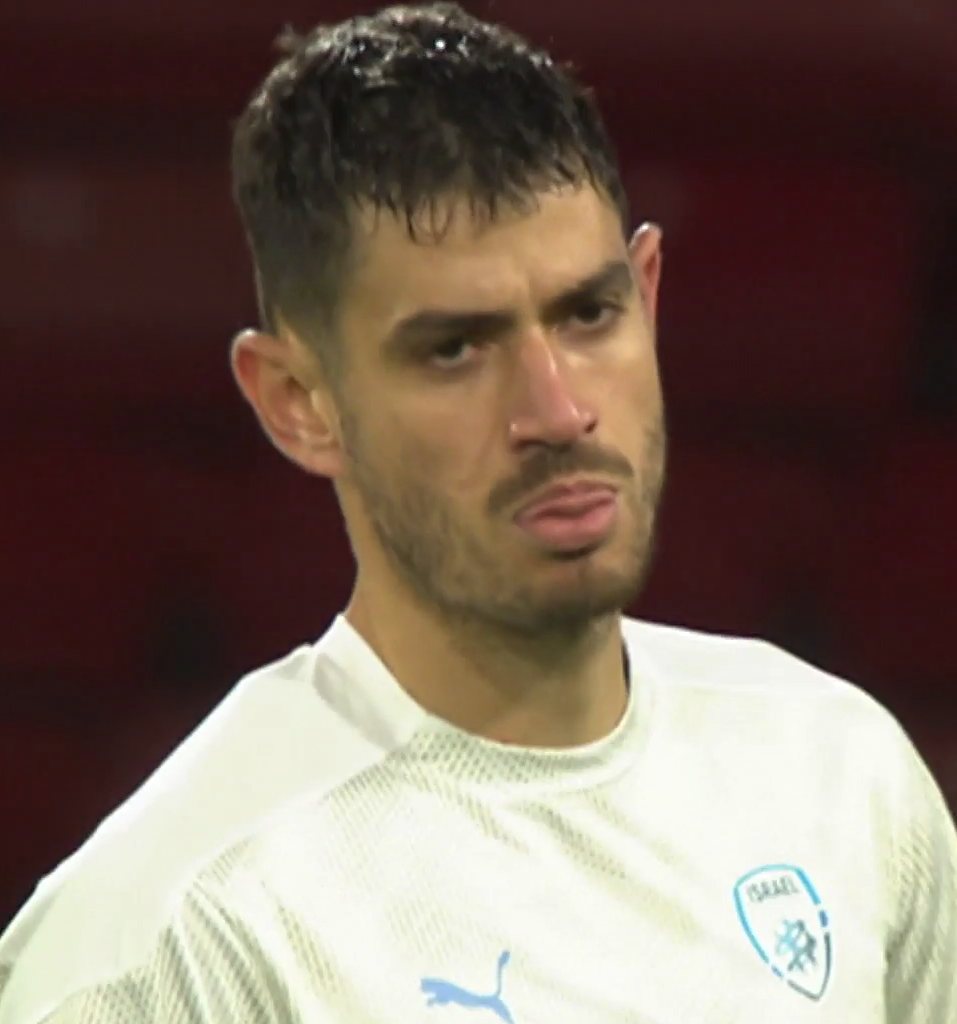 THE FACE OF DETERMINATION…Nir Bitton against Scotland at Hampden.

Bitton realises he faces a fitness fight to prove he is up to the rigours of a full-throttle clash with Steven Gerrard’s Ibrox side in next week’s 12:30pm showdown in the east end of Glasgow.

Israel coach Willi Ruttensteiner has left the player behind as the squad travelled from Glasgow to Tel Aviv for their Nations League match against Czech Republic before heading to an away tie in Slovakia on Wednesday.

Asked if he will be ready for the derby encounter, Bitton smiled and told the Daily Record: “I am in big trouble if I’m not!

“Obviously, Rangers is a big game, but I’m not thinking about Rangers right now. I gave everything to take part in the game against Scotland. That really was my target.

“I didn’t really think about the Czech Republic or Slovakia, I only thought about Scotland.

“Celtic are the club who pay my salary, but as a person, as a professional athlete, I couldn’t give up on this game. These are the games you dream of playing when you are six years old.

“Even the day after the injury, I told the medical staff at Celtic that I wanted to give myself a chance.

“I twisted my ankle very badly away in Bosnia and I didn’t believe I could make it. On the way back home on Friday I was on crutches, I was in a wheelchair and I couldn’t even walk on the foot.

“But I wasn’t going to rule myself out of the game until I knew that I couldn’t play.

“I never give up, I always try to push myself to the limit, but, to be honest, the medical staff did an unbelievable job, they treated me like their child with treatment three times a day.

“I played this game only because of them and I understand the frustration of Celtic. I was glad I  made it, but it is a bit frustrating now.”

Asked about speaking to Lennon, Bitton joked: “I blocked his number.”

He added: “I didn’t speak to him. It was between the national  team and Celtic. But for my side, I always told Celtic that I was going to give it a chance and obviously if I didn’t feel good I wouldn’t play.

“But on Tuesday, I felt okay at training, on Wednesday I felt better and on Thursday morning I told the gaffer that I wanted to play.

“With all the adrenaline around the game and around the occasion you don’t feel anything. I feel it now, though.”

Selection problems are mounting up on the Hoops gaffer as he prepares for the match that could see the nine-in-a-row champions go top of the Premiership with a game in hand.

James Forrest has already been ruled out and Lennon has also been hit by the coronavirus problems concerning Odsonne Edouard and Ryan Christie.