Celtic Quick News on News Now
You are at:Home»Latest News»‘I LOVE THE WAY WE PLAY,’ JOTA ON ANGE
By CQN Magazine on 2nd July 2022 Latest News

FILIPE JOTA revealed the attraction of continuing to play for Ange Postecoglou after sealing his £6.5million switch from Benfica.

The 23-year-old winger agreed a five-year deal following his impressive form during his loan deal which made him such a favourite with the Celtic fans.

Jota missed the start of last season before arriving at the end of the transfer window in August and made his first appearance in the 3-0 win over Ross County at Parkhead on September 11, coincidentally Cameron Carter-Vickers’ debut in which the fellow-loanee from Spurs scored the opening goal. 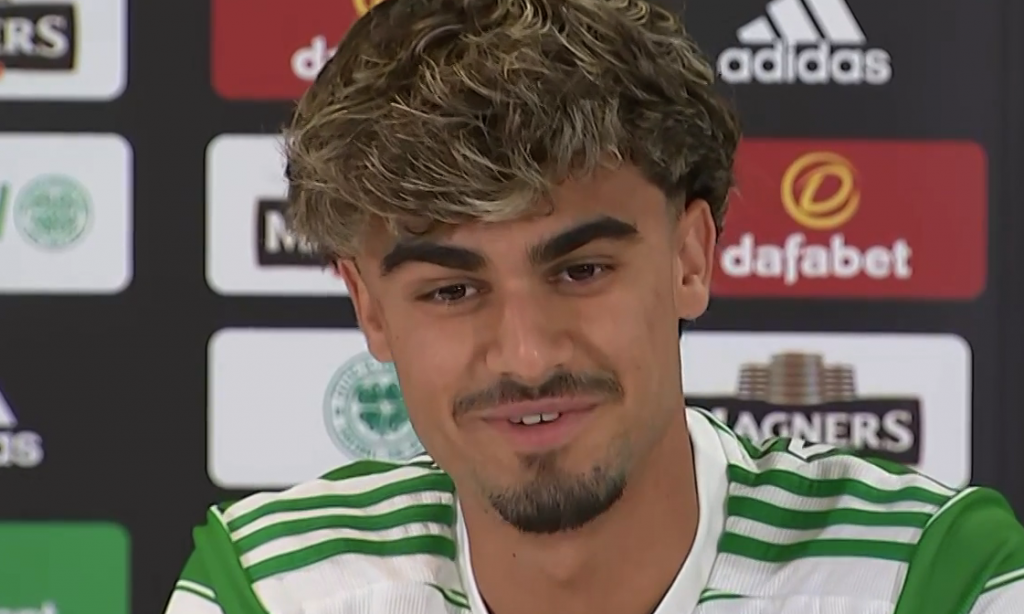 JOY BHOY…Filipe Jota shares his delight during the media conference.

The flamboyant Portuguese forward is looking forward to a proper pre-season at the Hoops and getting down to work for his manager.

Jota, speaking to the media, said: “The philosophy of Ange is something I was looking for for a long time.

“I’ve grown up with these ideas of the game. And to find a coach like Ange in this stage of my career is really important for me because I love the way we play, the intensity, the creativity, EVERYTHING!

“The way we play, it’s just tremendous it’s the right place to be to develop.