Celtic Quick News on News Now
You are at:Home»Latest News»‘I’LL NEED TO MENTION IT TO HIM,’ RALSTON IN McGRAIN ADMISSION
By CQN Magazine on 16th July 2022 Latest News

It was Brendan Rodgers who made the remarkable statement after being appointed Hoops boss in June 2016.

Departing boss Ronny Deila introduced two eager teenagers to the full-back positions, Ralston on the right and Kieran Tierney on the left, as he wound down his two-year stint in the Parkhead dug-out.

Speaking about the qualities of Ralston a few months after settling into the managerial position, Rodgers said: “When I first came in, he really impressed me as a 17-year-old. I took him away with me in pre-season and I liked what I saw. 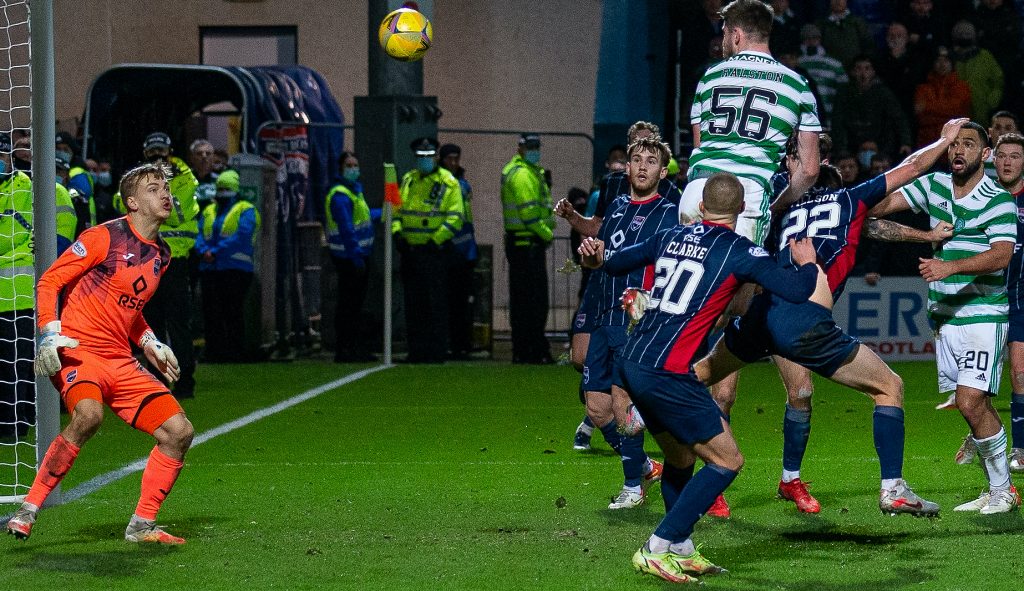 HEADMASTER…Anthony Ralston rockets in an unstoppable header for the late, late points-clincher against Ross County in Dingwall on December 15 2021.

“He’s a very honest boy – strong, aggressive and can defend but, vitally, he can pass the ball. He has good mobility and he’s quick and he looks a hardy boy and he is.”

Ralston netted his first goal for the club in a 5-0 win over Kilmarnock in a League Cup-tie in August 2017 – coincidentally Tierney also scored in the east end of Glasgow that evening – and has now hit 10 after claiming five in the title-winning campaign last time out.

Undoubtedly, the 23-year-old Scotland international’s most important counter came in Dingwall on December 15 when he rose magnificently to a delicate right-wing chip from Tom Rogic to thump in the winner in the seventh minute of stoppage time.

The defender, in fact, has now registered one strike more than the total managed by the iconic McGrain who turned out almost 700 times for the team.

Ralston said: “I hadn’t realised I’ve now scored more goals than Danny – I’ll need to mention it to him. He’ll love that! I don’t think I’ll ever reach Danny’s levels, but, at least, that’s something I can have over him. 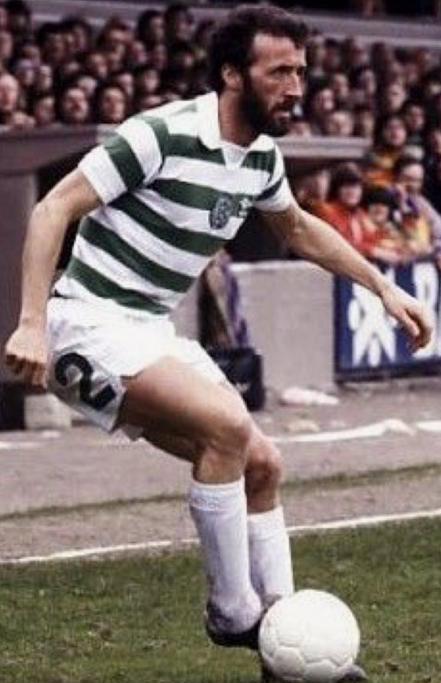 “It was nice to get compared to him, of course, but the one thing I’ve never done is get carried away over things that get said. I keep myself grounded. I’m not sure how Danny felt about being compared to me.

“I managed to get a few goals last season and a couple of big ones. There were some individual moments, but the most important is what we did as a team. There were big moments throughout the season and everyone to a man stepped up.

“That’s why we’re champions. We need to do it again and it’s about the team rather than individuals.”

Celtic have hammered in 14 goals in their three pre-season outings – Weiner Viking (7-0), Rapid Vienna (3-3) and Banik Ostrava (4-2) – and the players are aiming to give the fans in a sold-out Parkhead something to cheer in the friendly against Blackburn Rovers this afternoon when they return to the ground for the first time since the 6-0 rout of Motherwell on the last day of the season on May 14.

It’s an extraordinary contrast to just a year aga when a coupled together squad were walloped 6-2 by West Ham at the same venue. 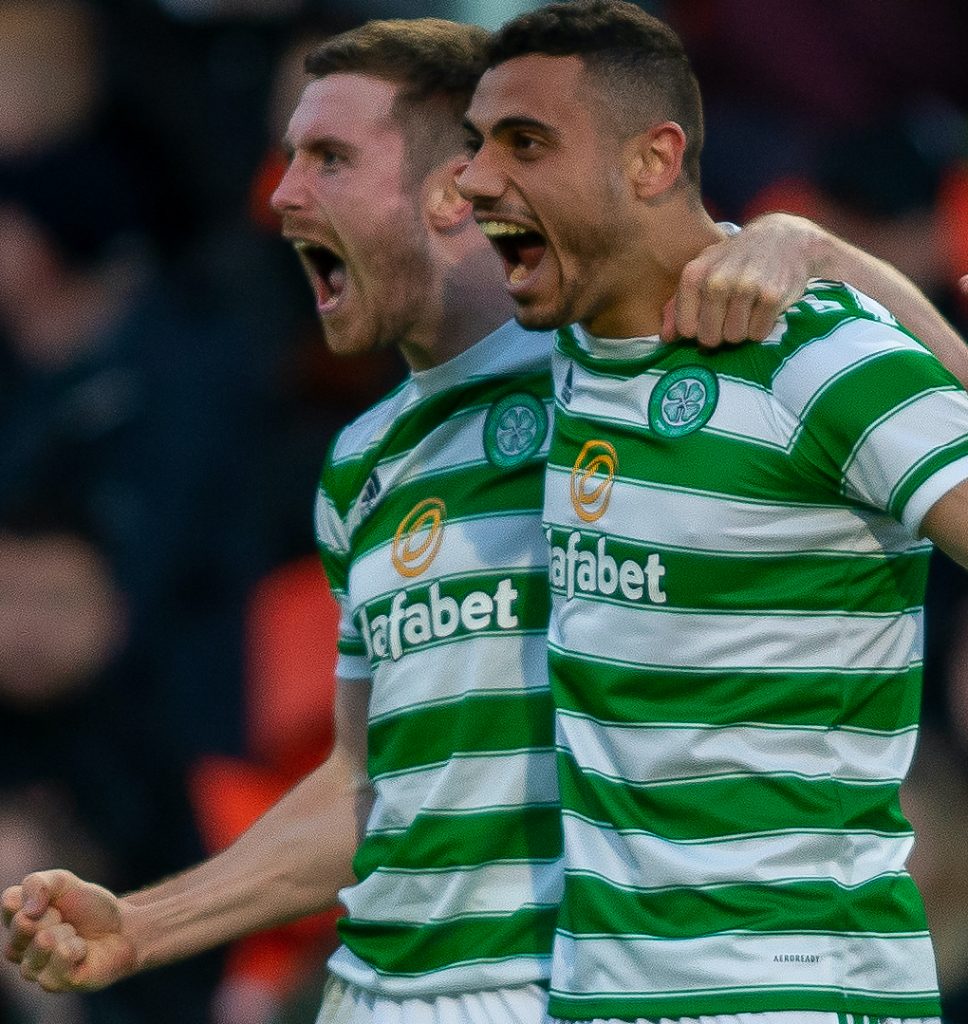 JOY BHOYS…Anthony Ralston and Giorgos Giakoumakis roar with delight after the Greek striker’s goal in the 1-1 draw with Dundee United at Tannadice on May 11 to secure the title.

Ralston, speaking to the Daily Record, added: “That game was a bit of a learning curve for us. We had a lot of young boys playing and we were getting used to a new system.

“We had to take it on the chin. The gaffer knew we’d kick on and it just shows you how things work out. We ended up winning the league.

“Pre-season is about getting game time and match fitness, as well as gelling as a team. It’s about implementing our style of play and you sometimes need a few learning curves along the way at this stage.

“It’s been good to get the boys back together and we’ve picked up where we left off last season in terms of the standards we expect to hit in training and in the matches. It’s a lot more settled and we are ready to kick on for the start of the season.

“We will up our performance again against Blackburn. The gaffer is looking for us to keep improving. We’ve started very well in pre-season and we want to continue in that way.”

* DON’T miss the unbeatable match report from Celtic v Blackburn Rovers this afternoon – only in your champion CQN.