FIVE down and two to go!

That’s the countdown towards the winter break as the curtain prepares to fall on 2019.

Celtic went into December with a target of a maximum 21 points in their quest for the club’s magical ninth successive championship. The bid kicked off in Dingwall on the first day of the month and the Hoops didn’t disappoint with a 4-1 win over Ross County.

Next up, a last-gasp goal from skipper Scott Brown was required to overcome plucky Hamilton Accies 2-1 at Parkhead in a dramatic midweek encounter. There was a break the following weekend as Neil Lennon’s men took time off the pursuit of Premiership points to pick up the first silverware of the season with a goal from Christopher Jullien claiming the Betfred League Cup at Hampden, the Hoops’ TENTH consecutive domestic trophy triumph.

On December 15, it was back to the league and a solid 2-0 victory over Hibs which was a scoreline which was repeated against Hearts at Tynecastle three days later.

Goals from French double-act Jullien and Odsonne Edouard saw off the challenge of Aberdeen in the east end of Glasgow at the weekend to re-establish a five-point advantage at the pinnacle.

Now all eyes are on the Boxing Day confrontation with St Mirren in Paisley where three points are a must before the visit of Steven Gerrard’s Ibrox outfit on Sunday.

It was a thrilling showdown against the Pittodrie side and CQN‘s master snappers were at Parkhead to capture the action. Here is the pick of the pics. 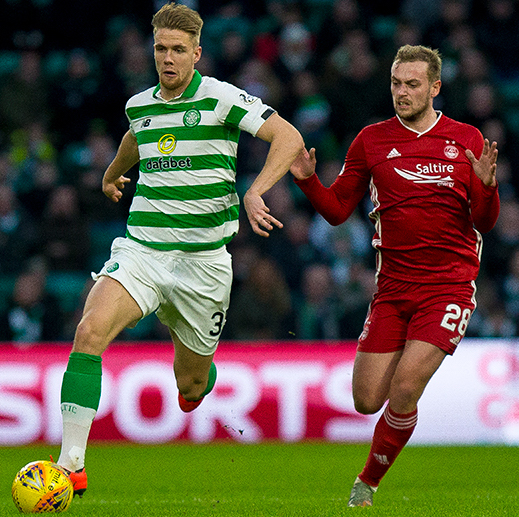 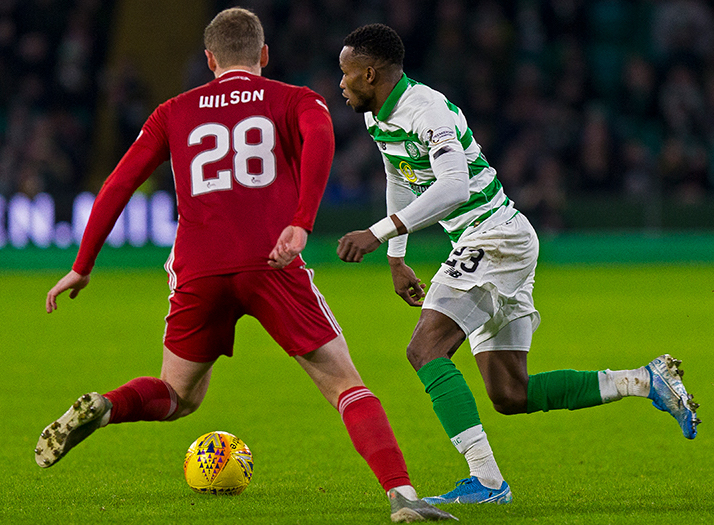 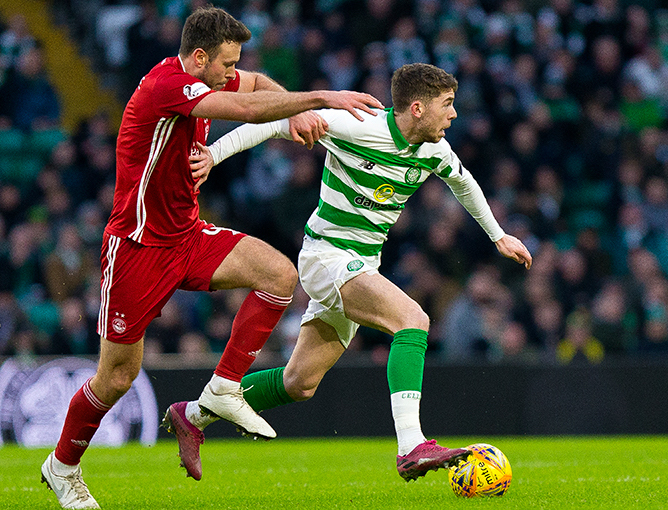 PUSH OFF…Ryan Christie tries to get away from the attentions of Andy Considine. 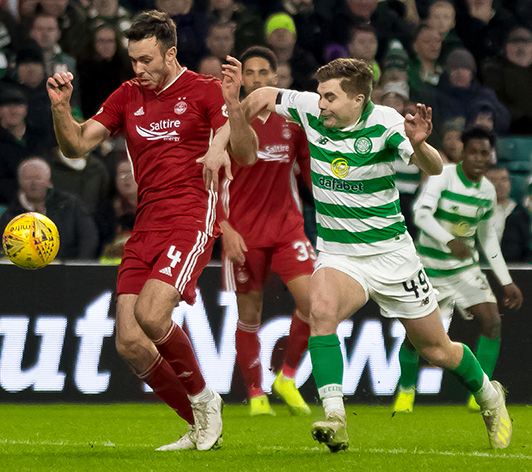 EYES ON THE PRIZE…James Forrest keeps his focus. 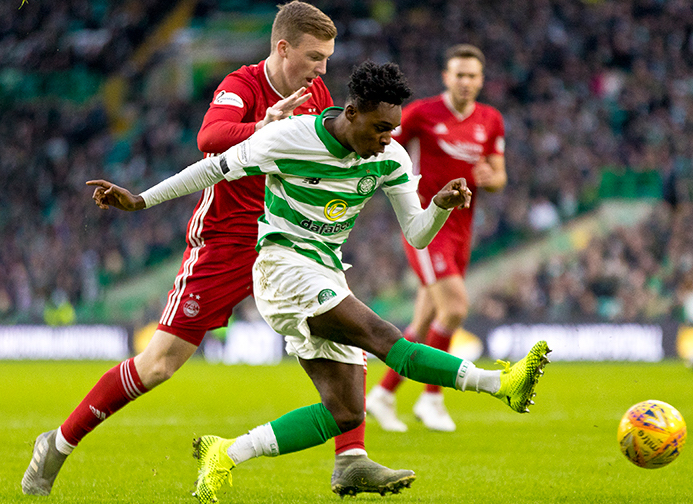 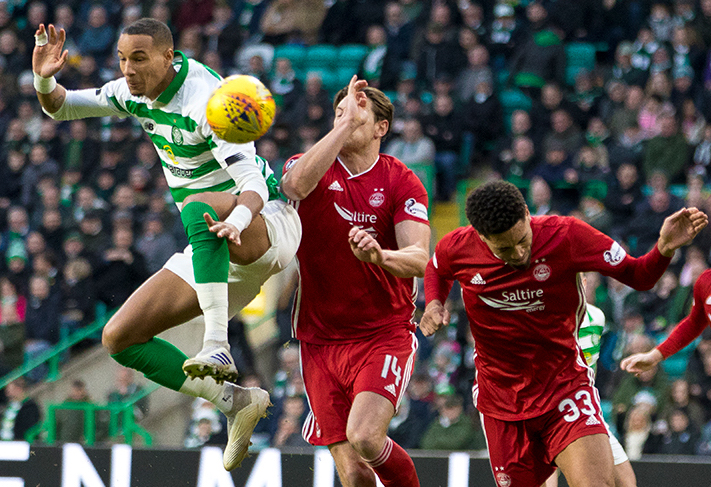 TOUCH WOOD…Christopher Jullien directs an effort onto the Dons crossbar. 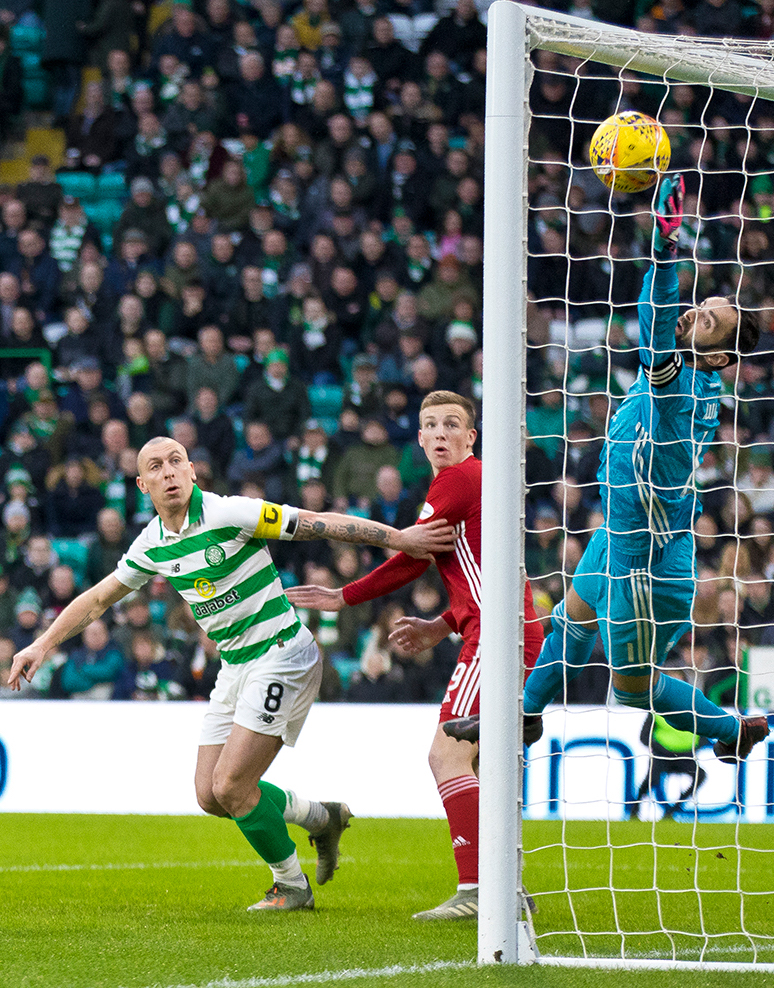 CLOSE-UP VIEW…Scott Brown watches as Jullien’s effort flies past the flailing Joe Lewis for the opening goal with Lewis Ferguson looking back in anguish. 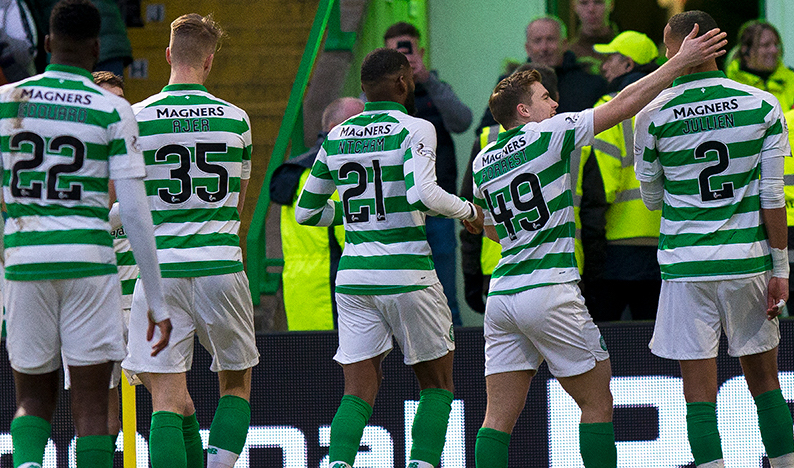 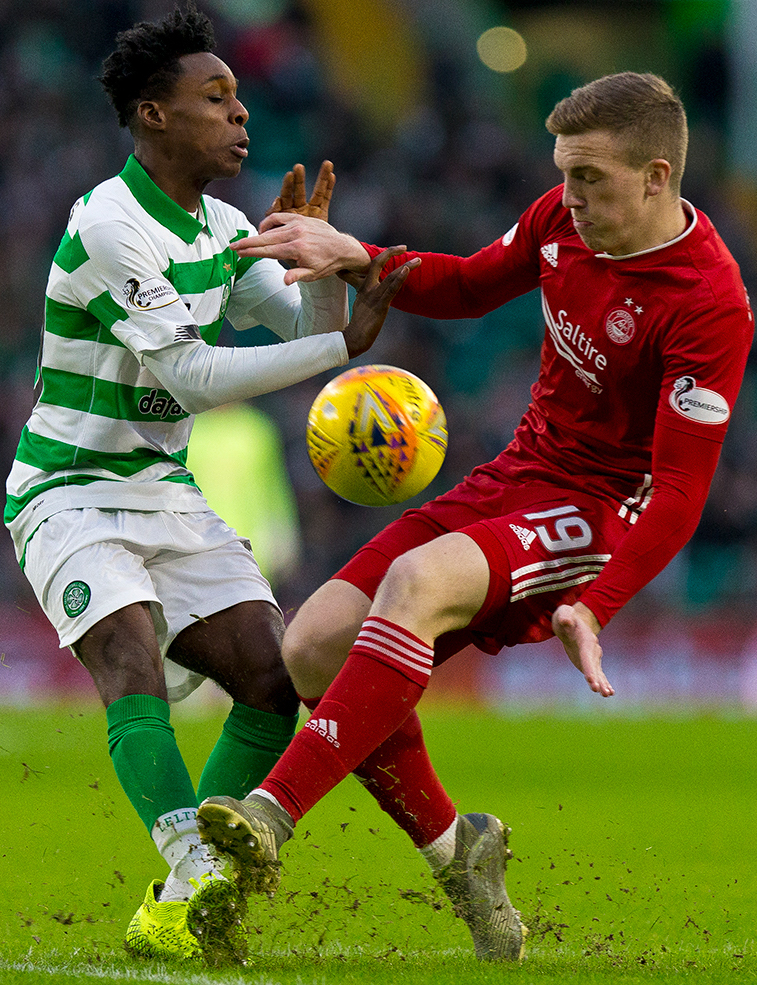 CRUNCH…Jeremie Frimpong and Dons’ Lewis Ferguson in a no-holds-barred challenge. 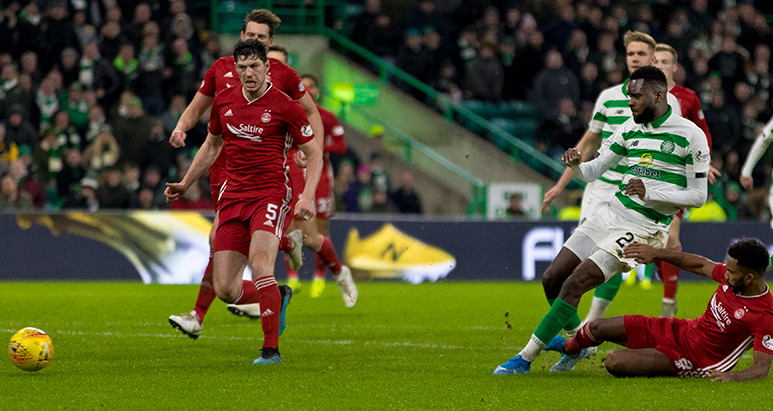 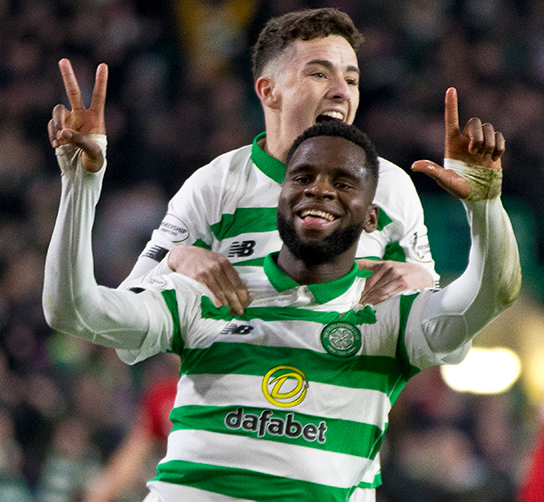 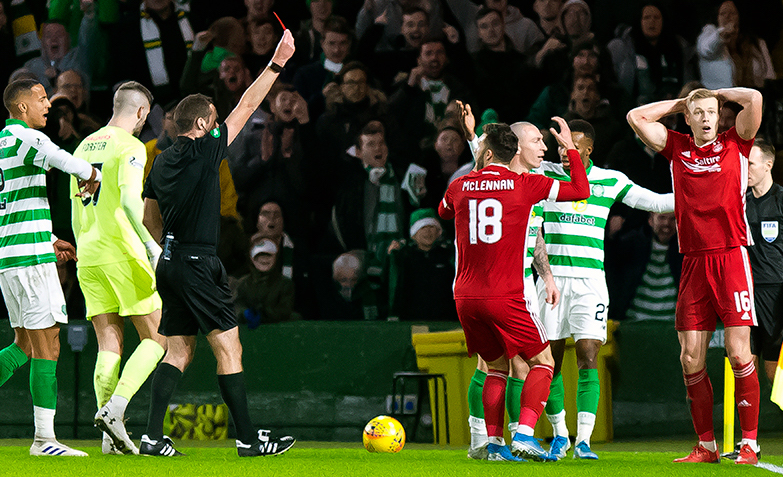 SEEING RED…Sam Cosgrove is banished by referee Euan Anderson after his reckles challenge on Kristoffer Ajer. 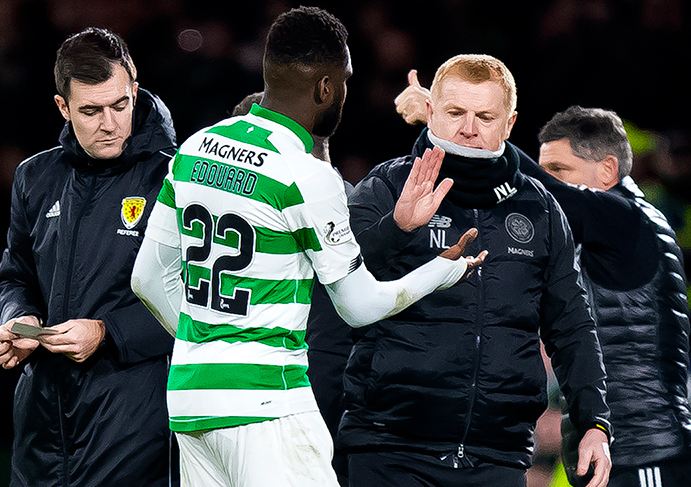 GIMME FIVE…Neil Lennon congratulates Odsonne Edouard as he is substituted. 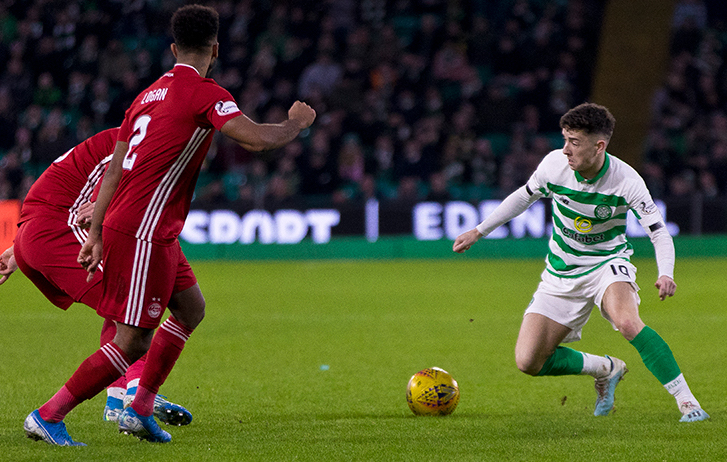 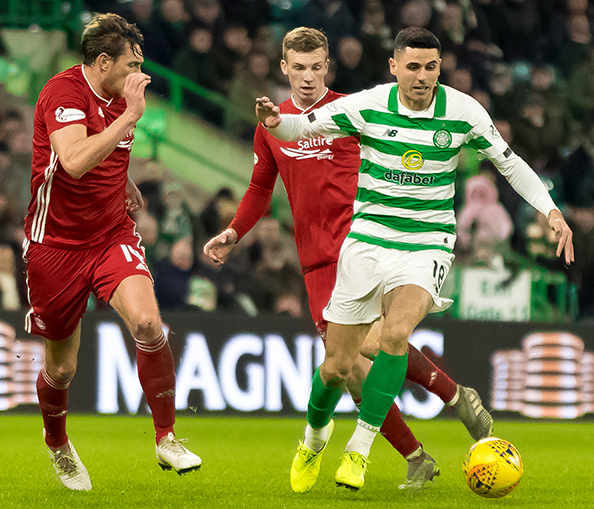 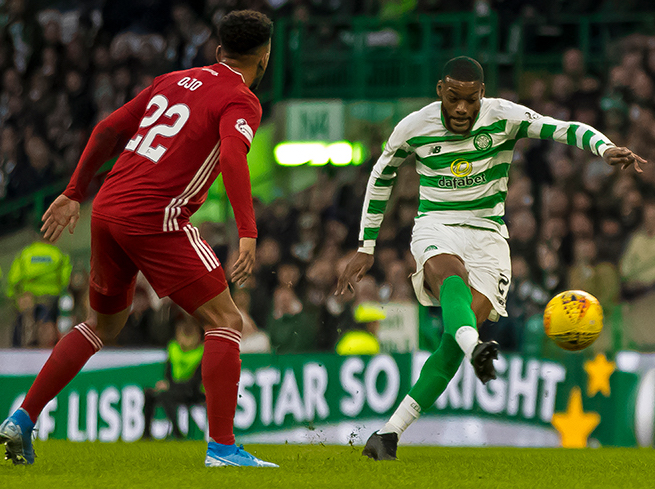 BY THE RIGHT…Olivier Ntcham thumps in an effort. 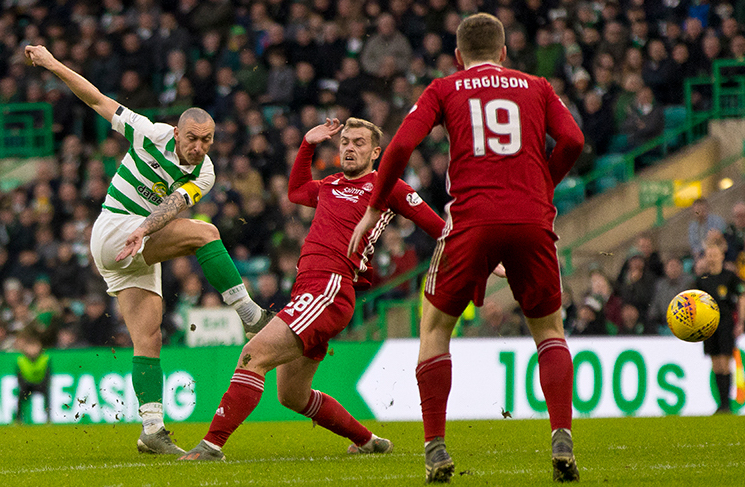 CAPTAIN’S PART…Scott Brown wallops in a right-foot effort with James Wilson too late to block the shot.