Following the 2-0 victory over Hibs at Parkhead on Sunday, Neil Lennon took his players to the capital to take on Hearts. On a difficult, skiddy surface in the midst of a downpour, the champions made no mistake as they claimed another two-goal triumph.

Jeremie Frimpong and Odsonne Edouard were the marksmen as the Easter Road outfit were downed in the east end of Glasgow at the weekend and Ryan Christie and Olivier Ntcham took over the goalscoring duties as the Hoops moved five points clear at the top of the Premiership in their quest for a glorious nine in a row.

Now they have Aberdeen, St Mirren and Steven Gerrard’s Ibrox outfit to take care of before the mid-winter break.

CQN‘s ace snappers braved the elements to capture the action. Here is the pick of the pics. 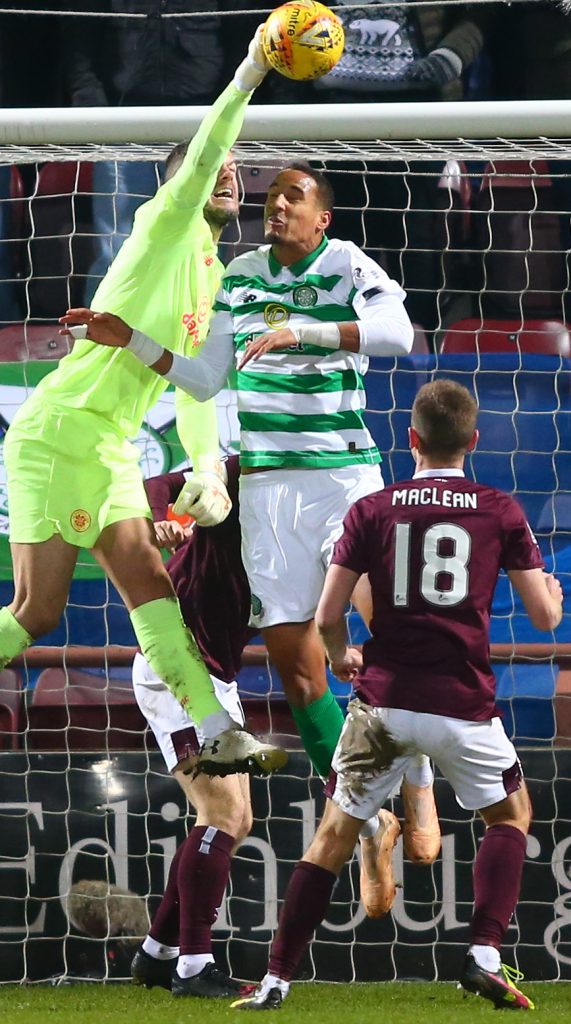 FIST IN TIME…Fraser Forster stretches to punch clear with Christopher Jullien as back-up. 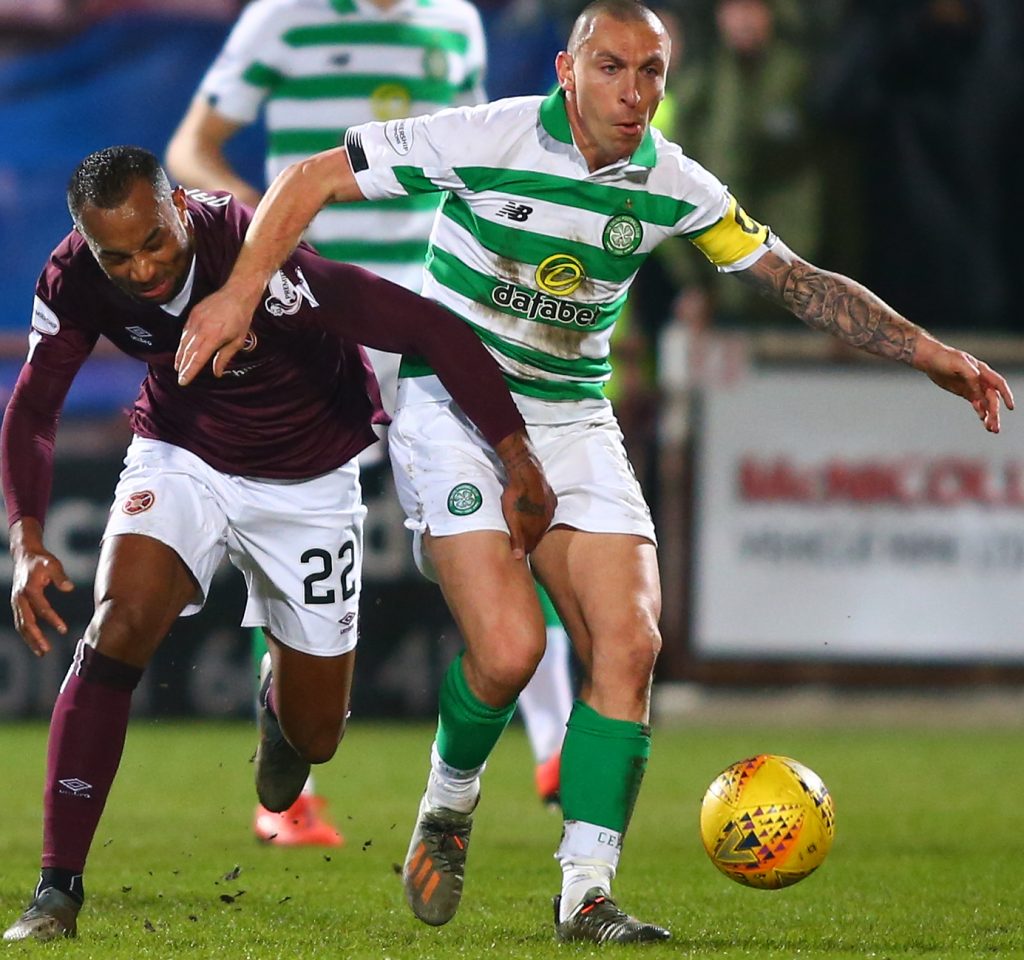 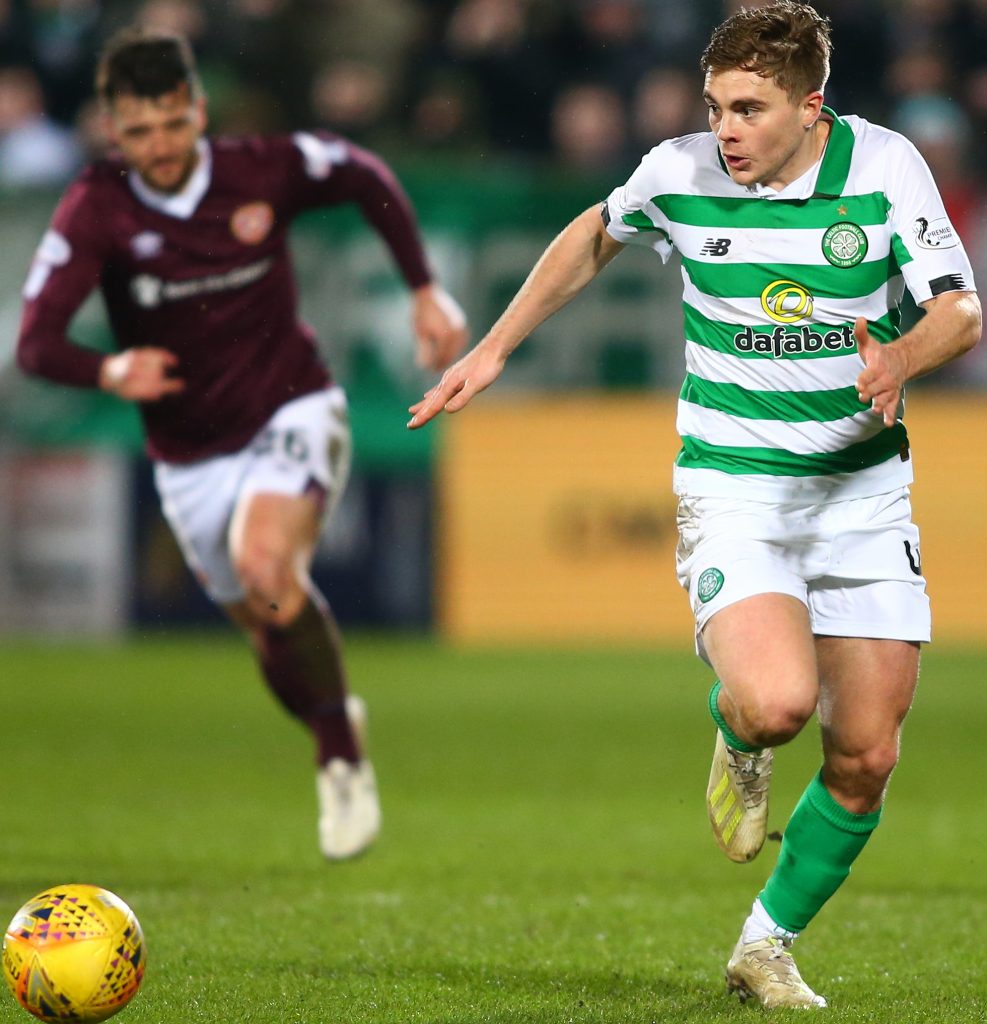 EYE ON THE PRIZE…James Forrest menaces the Hearts defence. 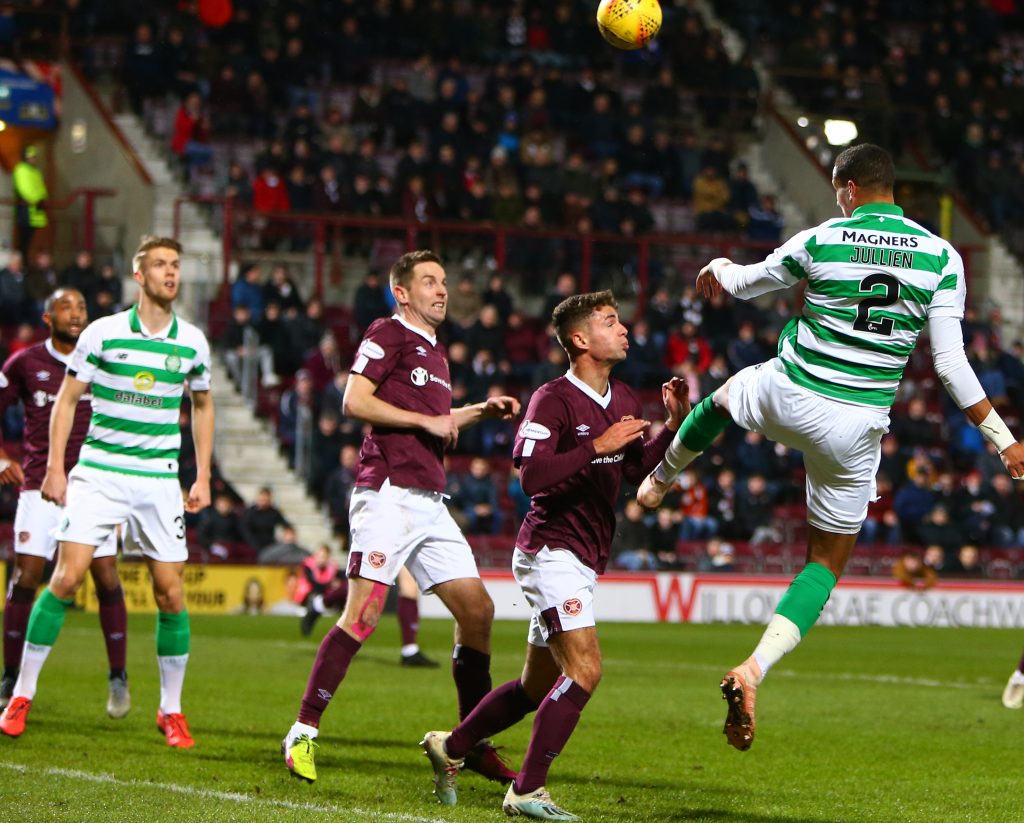 HIGH AND MIGHTY…Christopher Jullien rises to head a corner-kick towards goal with Kristoffer Ajer getting a close-up view. 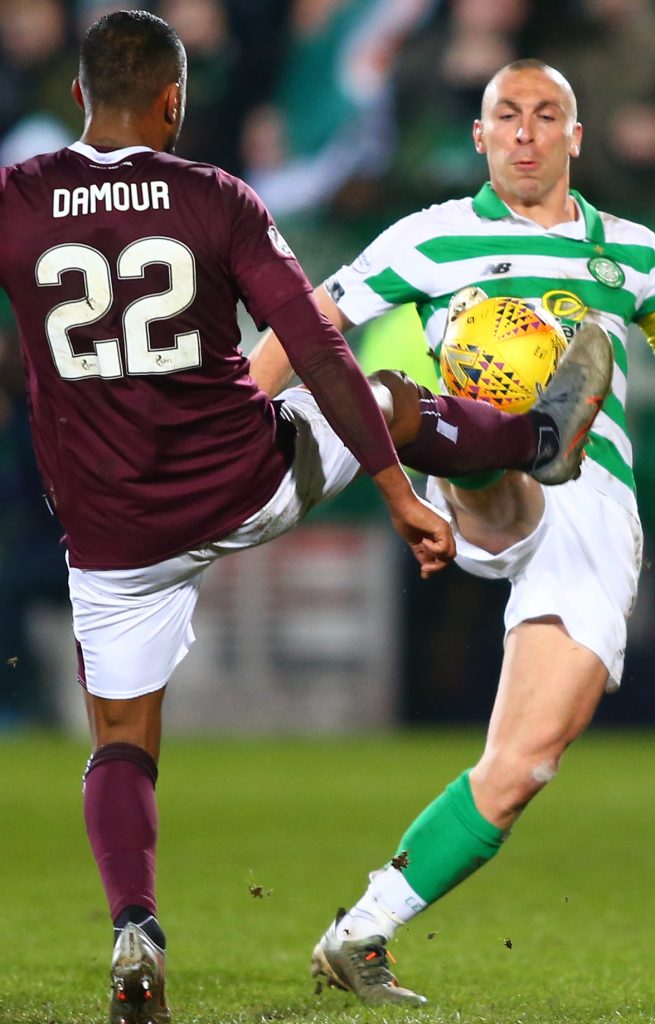 NUMBER ONE…Ryan Christie sweeps in the opening goal with a first-time left-foot shot. 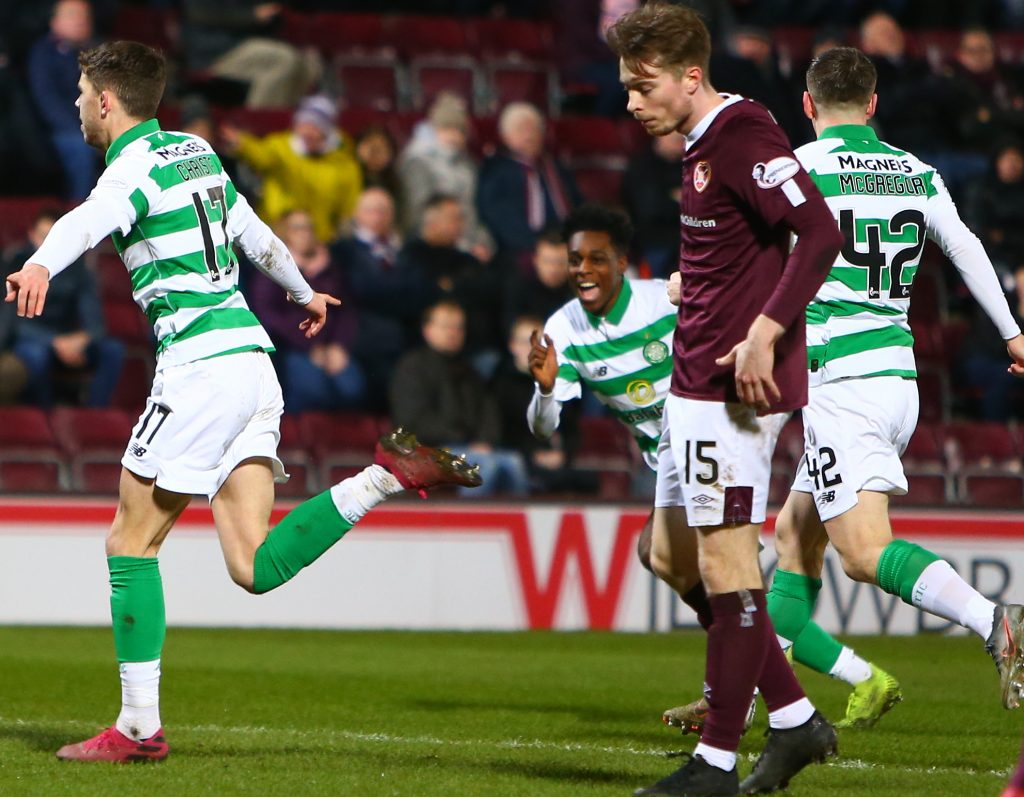 CAPITAL GAINS…Ryan Christie races away to celebrate with Jeremie Frimpong and Callum McGregor in pursuit. 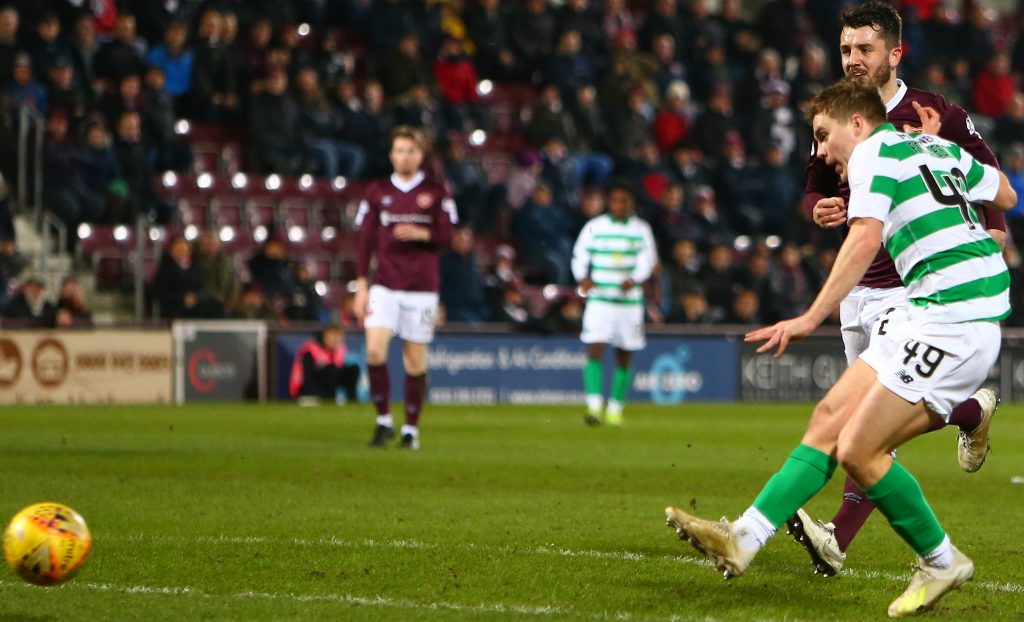 OOPS…James Forrest fires a shot wide of the target. 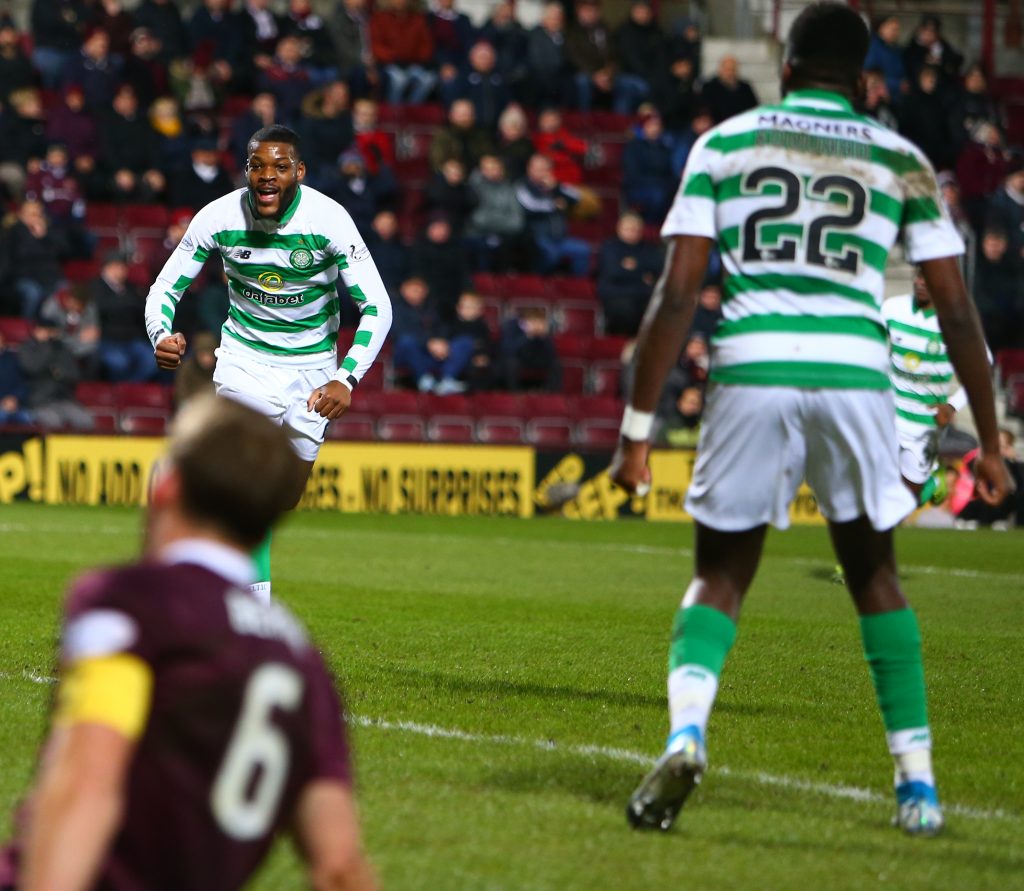 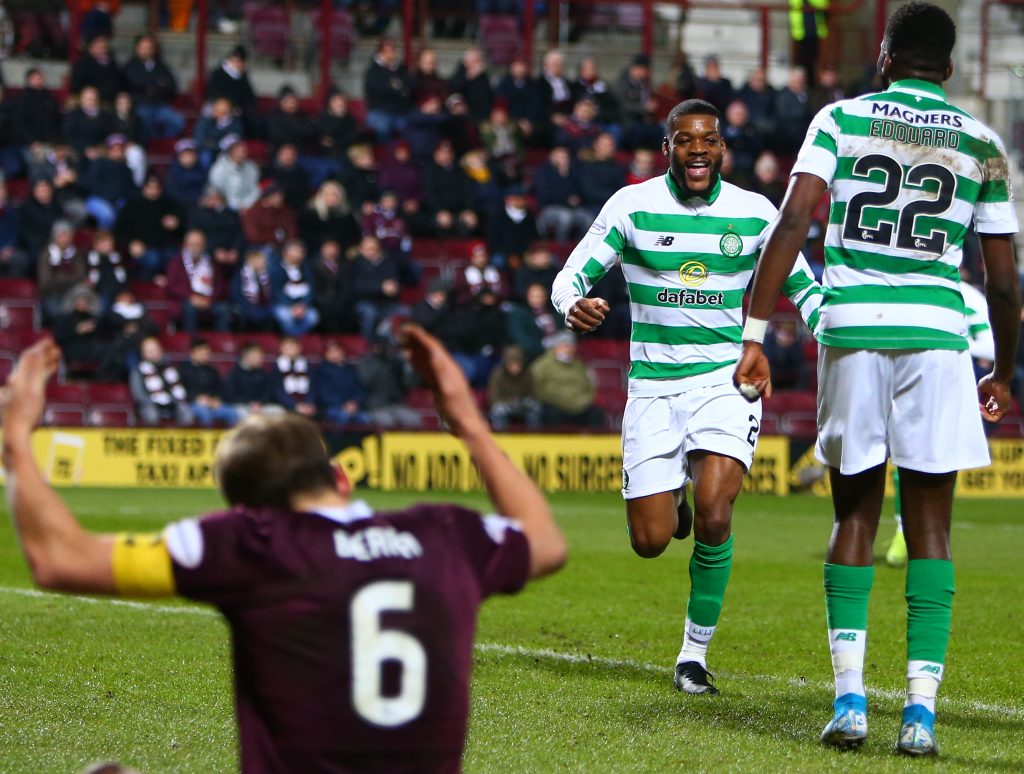 DELIGHT AND DESPAIR…Ntcham and Edouard share the joy, but Hearts skipper Christophe Berra doesn’t join in. 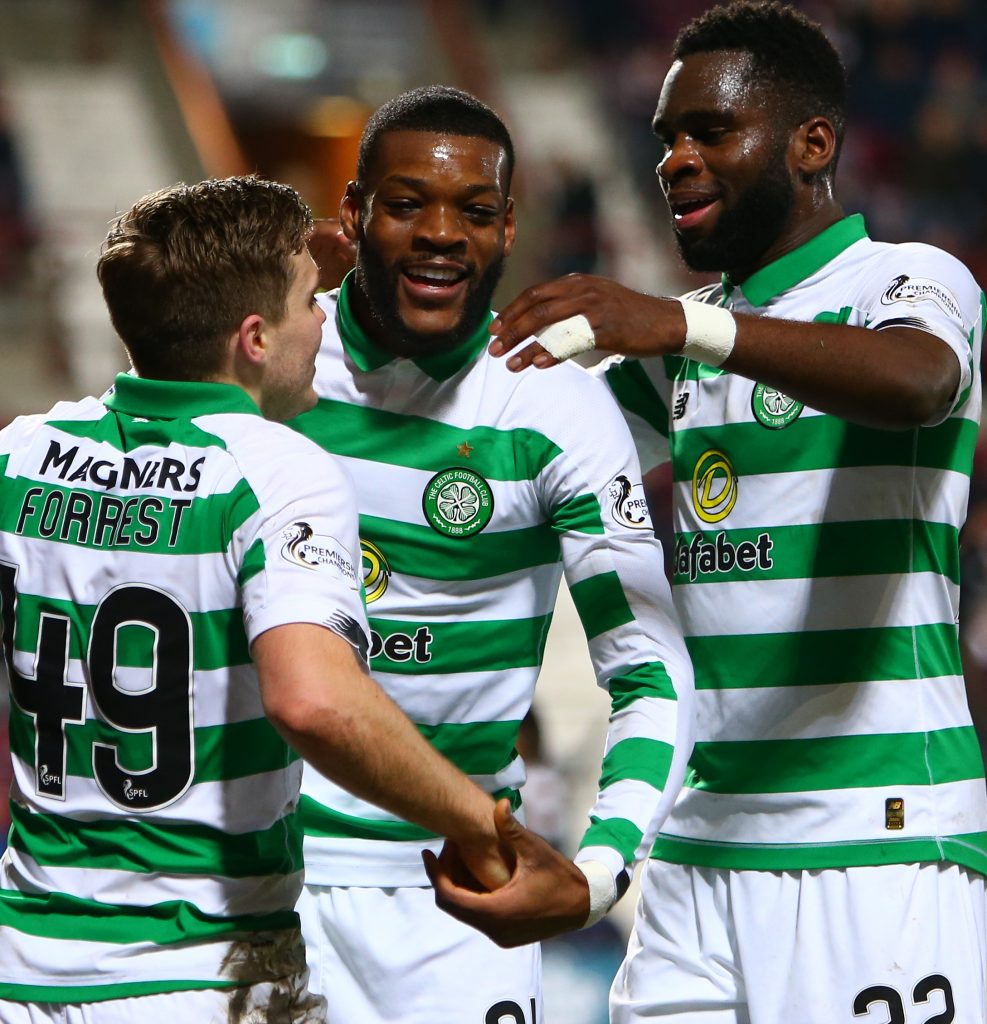 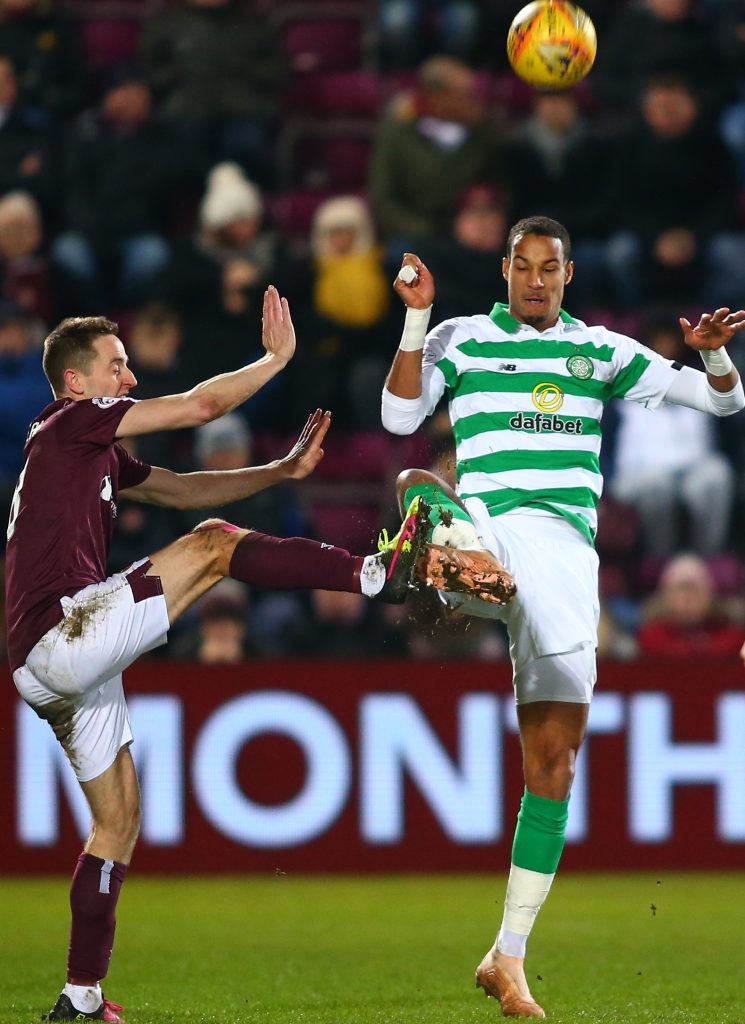 UP AND AT ‘EM…Christopher Jullien and Hearts striker Steven MacLean tussle for possession. 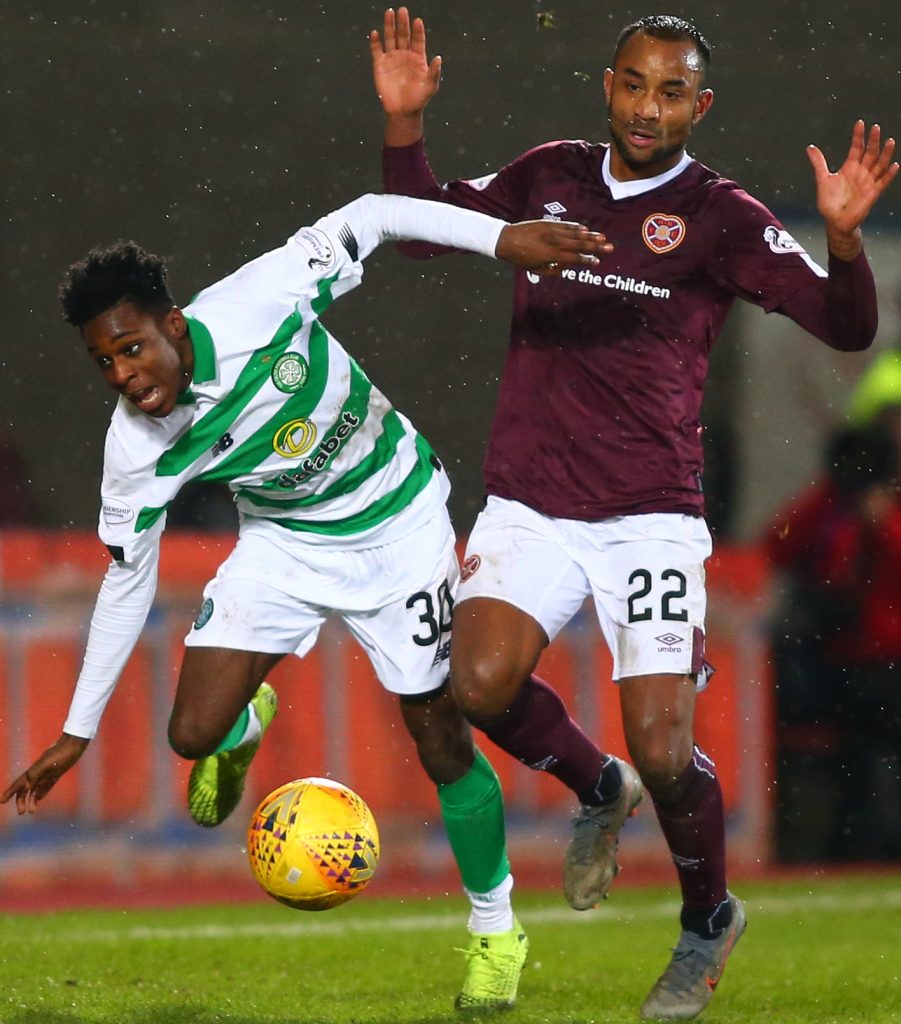 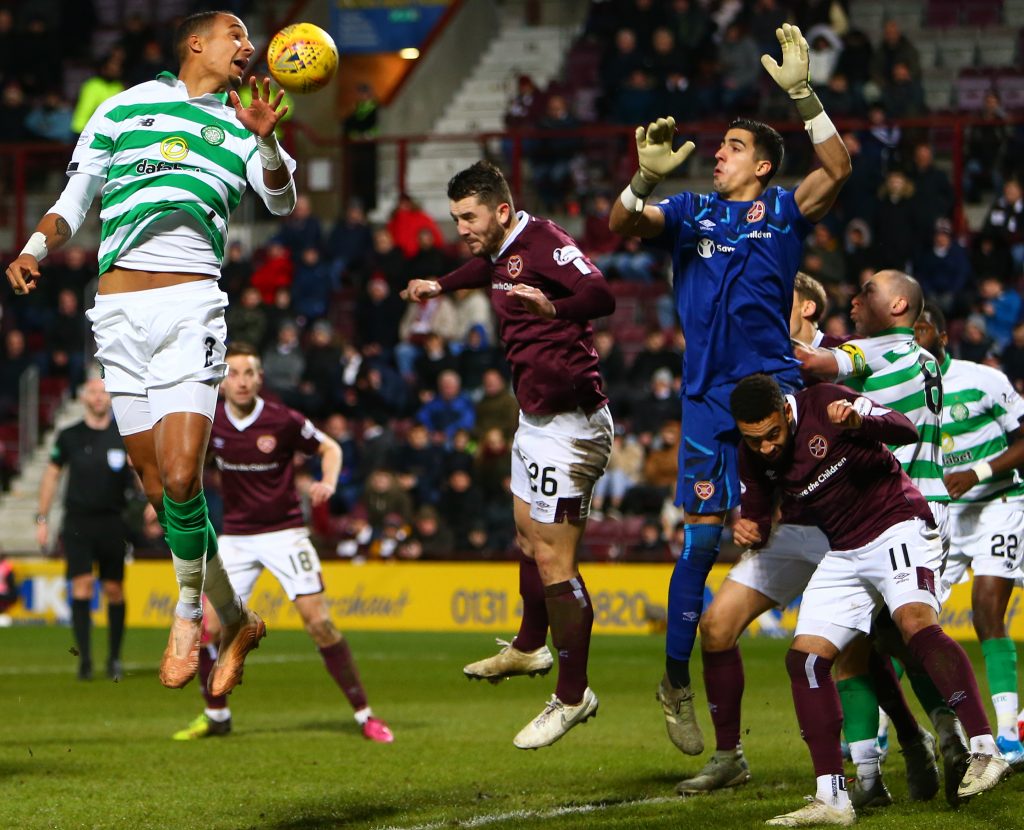 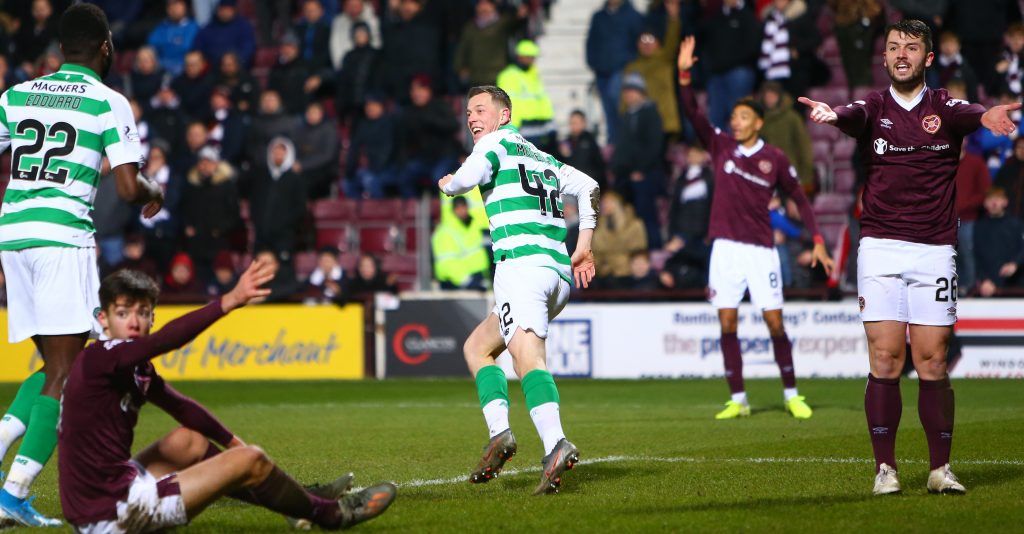 NO GOAL…Callum McGregor looks happy, but his effort was ruled out for offside. 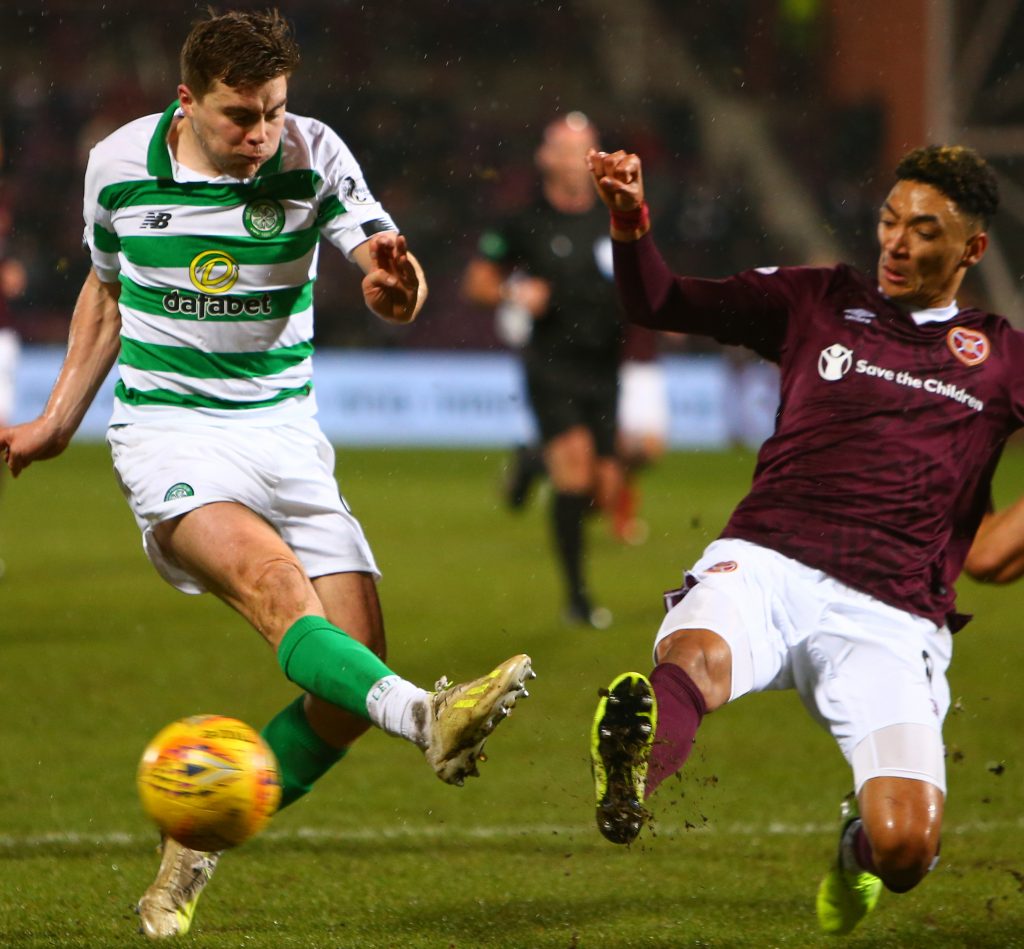 BLOCKED…James Forrest’s shot is charged down by defender Sean Clare.

IT TAKES TWO…Kristoffer Ajer gives Leigh Griffiths a lift at the end of another victory.