NEIL LENNON insists he is NOT concerned with the guessing game surrounding who is likely to be named the new full-time Celtic manager.

The Irishman, who is preparing the team for their Scottish Cup semi-final against Aberdeen at Hampden on Sunday, took over as interim manager in February after Brendan Rodgers’ sudden departure for Leicester City.

Lennon has the job of steering the champions towards their eighth successive title as well as a historic hat-trick of Scottish Cups that would ensure an unprecedented treble treble.

Lennon is now plotting for the Dons at the weekend and admits he does not know if victory will help his cause in an effort to get the post on a permanent basis. 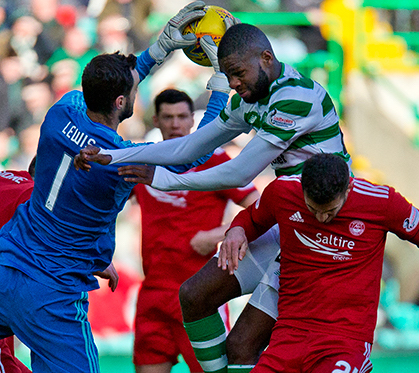 The caretaker chief, speaking to Sky Sports, said: “I’ve no idea. Everyone is speculating and it’s all conjecture. It’s all noise. All I can do is just focus on the games.

“Two weeks ago, we were playing Rangers and seemingly everything hinged on that result and now it’s the next one.

Lennon is not surprised other names have been mentioned to become Rodgers’ long-term successor.

He added: “You can’t stop it. It’s natural. The club may want to go down that road.

“They’ll make a decision. It’s their club, it’s the fans’ club and it’s important for them that going forward they’re happy with what they’re doing.”