Celtic Quick News on News Now
You are at:Home»Latest News»‘IT’S GORDON FOR ME, BUT MOUSSA MUST DO BETTER,’ INSISTS BONNER
By CQN Magazine on 12th April 2018 Latest News

CRAIG GORDON must be Brendan Rodgers’ No.1 choice to play in the Scottish Cup semi-final at Hampden on Sunday.

That’s the verdict of Hoops goalkeeping great Pat Bonner as his old team prepare to take on Sevco Rangers for the second successive season for the right to face Aberdeen or Motherwell in the Cup Final on May 19.

Goals from Callum McGregor and Scott Sinclair propelled Brendan Rodgers’ Invincibles to a 2-0 win a year ago on their way to beating the Dons 2-1 to wrap up a silverware clean sweep.

Gordon was in goal on both occasions and the 35-year-old Scotland international keeper made his first team return in the goalless draw against Dundee last week after being out for two months with a knee injury. The game marked his 200th appearance for the champions and also his 100th shut-out.

There has been a suggestion that on-loan Scott Bain should keep the gloves after his impressive debut display in the 3-2 victory at Ibrox last month.

But Bonner gave his support to Gordon when he said: “Craig, no question. He’s fit, he’s raring to go and he produced some excellent saves in the Dundee game. I watched him in the warm down, a little training session after the previous game against the Ross County and Craig went through a routine there that told me he was ready.

“He’s the best goalkeeper of the three, I’ve no doubt. He’s got experience, produces big saves when it matters and is good enough on the ball, all of those things, and he’s got that experience about him, so, for me, he goes straight into the team. 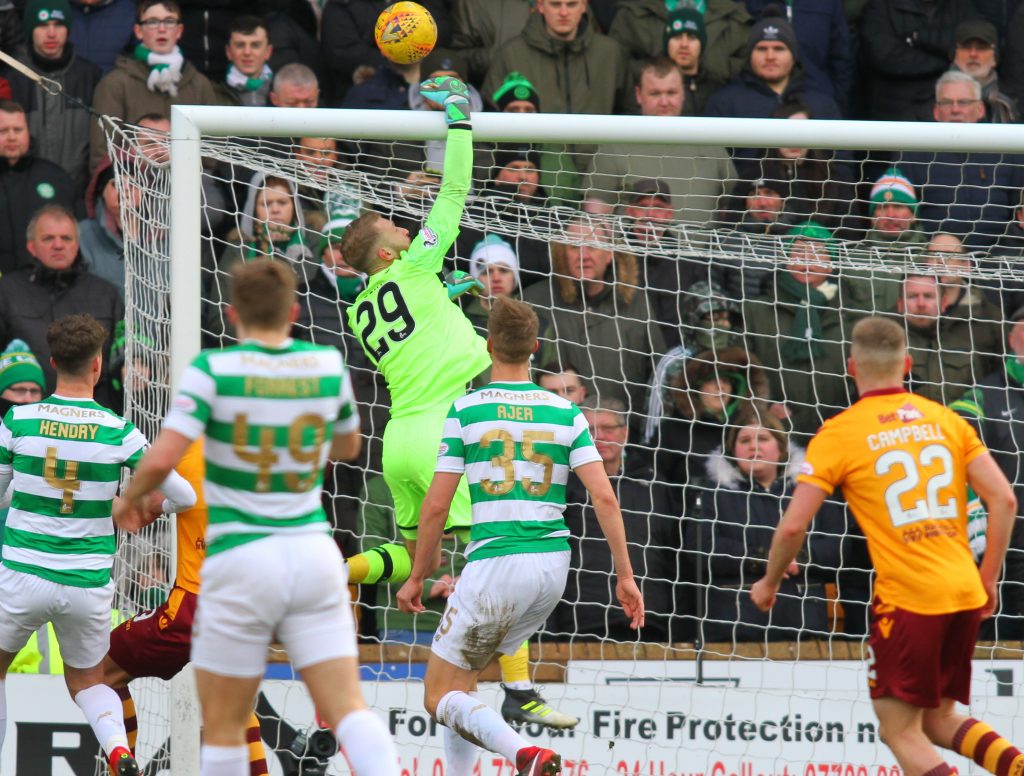 “Scott Bain has been nice and calm. I don’t think he’s been over-tested. He’ll be delighted to have had that opportunity. I don’t think he would have expected that when he came. If they are going to sign him, he’d be a good signing.

“At 26, he’s the perfect age. He’s not the biggest in stature, but he moves well, is good enough with the ball at his feet and he makes saves.

“Craig is 35, with dodgy knees, so what they need to be looking at is who is going to step in to be the No 1 in the future. If you get another two years out of Craig, that would be fantastic but I think they’ll need to be looking at who’s next. Scott, at the moment, fits that profile. I’m not so sure about Dorus de Vries, to be honest.”

Bonner also looked at the Hoops frontline and admitted he was amazed no striker has so far gone into double figures in the Premiership scoring chart.

Leigh Griffiths, who has claimed nine strikes, has suffered an injury-hit campaign, but the Republic of Ireland legend reckons it’s time Moussa Dembele to show his qualities. 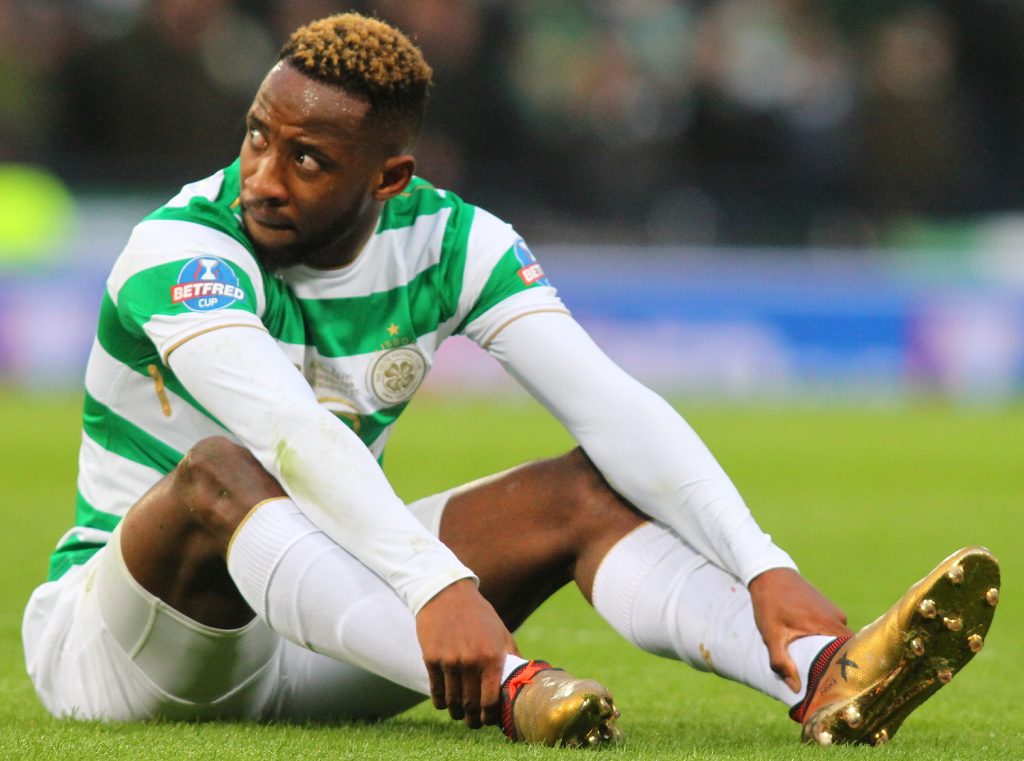 The French Under-21 frontman thumped in 32 goal in his debut campaign at Parkhead following his move from Fulham with 17 coming in the league. This time around, he has netted eight – the same amount as Scott Sinclair – in the Premiership on his way to a tally of 14.

Bonner said: “Celtic have more firepower in their team and can score goals from all positions, which is proved by the fact their top scorer in the league this season has only nine goals.

“I find that statistic hard to believe, especially since they’ll win the title by a handsome margin again. I don’t think that’s happened before in a championship -winning Celtic team. When I played, Charlie Nicholas and Frank McGarvey had a competition between them to see who would be the first to hit 30.

“Keepers and defenders at Celtic, the guys who break up the play and stop the other team scoring, are never the ones fans talk about in the future.

“It’s the creative players who get the plaudits, but you need to perform every week to be elevated to that status, scoring against the wee teams and the medium teams as well as in the big games.

“If you do that for three or four years, you’ll be recognised as a brilliant striker and that’s what some of the current players must think about. 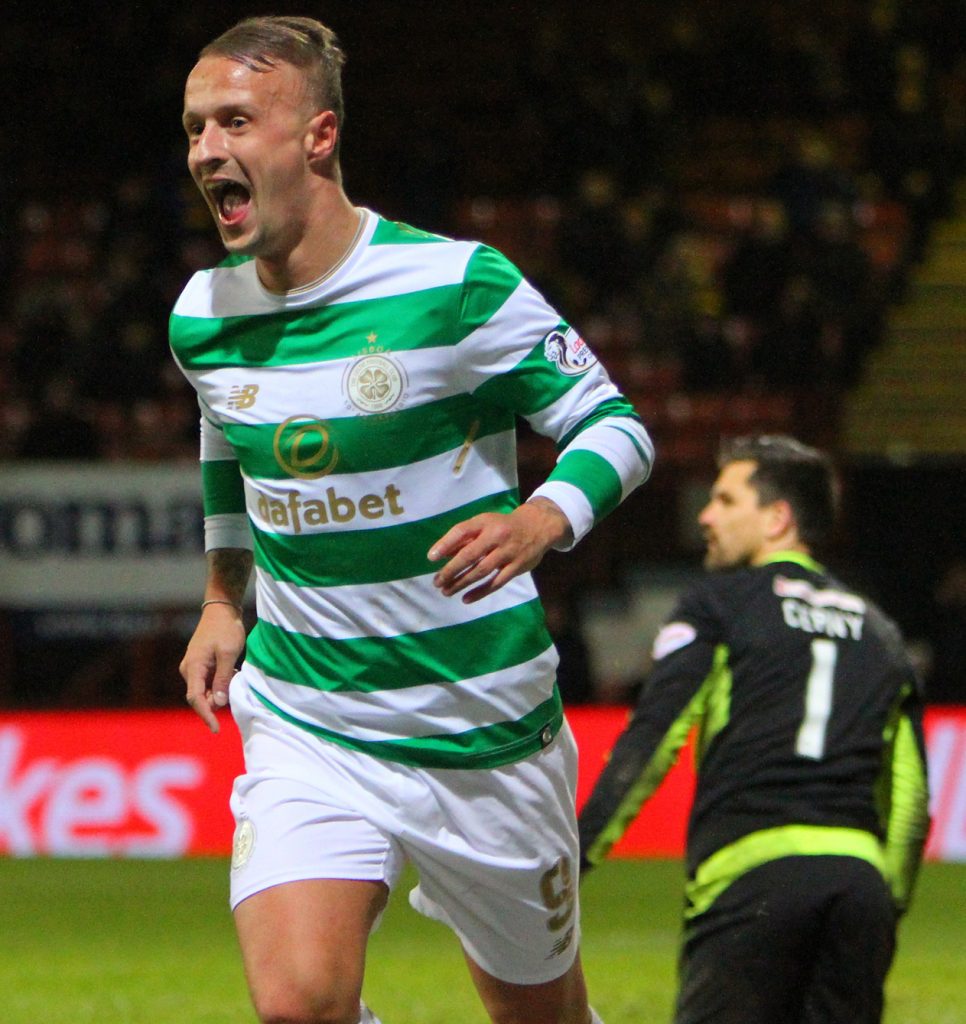 MATCHWINNER…Leigh Griffiths turns away after scoring the decisive goal against Partick Thistle at Firhill in January.

“You recall goalscorers such as Stevie Chalmers, Kenny Dalglish, Henrik Larsson, Charlie and Frank and the men who created the chances such as Jimmy Johnstone, Tommy Burns and Paul McStay.

“Danny McGrain was a creative right-back, just as Kieran Tierney is on the opposite flank nowadays. They’re the ones supporters remember, not the holding midfielders or the centre-halves or goalkeepers.

“To play as a striker for Celtic you have to be good all the time and that’s what Dembele and Griffiths should be thinking about: ‘How am I going to be remembered as a proper striker for this fantastic club?’

“They need to be consistently effective. Dembele, in particular, is a young man with brilliant attributes. For me, though, he has to do it more often.

“I’ve no doubt he’ll go out on Sunday and he’ll show his quality again, but I want to see him doing that on a regular basis.”