CELTIC’s on loan striker Odsonne Edouard had his best experience in a Celtic shirt on Tuesday night in the 3-1 win over Hearts. Sure he previously grabbed a hat-trick against Motherwell at the start of December but there was something a little more profound on Tuesday night, when he starred alongside Moussa Dembele and the two together looked absolutely sensational.

Now Brendan Rodgers is backing on-loan Paris Saint-Germain striker Odsonne Edouard to make a real impact in the second half of the campaign.

The French yougster has been performing in the shadow of Moussa Dembele and Leigh Griffiths, but showed exciting qualities in Celtic’s emphatic 3-1 win over Hearts during the week. 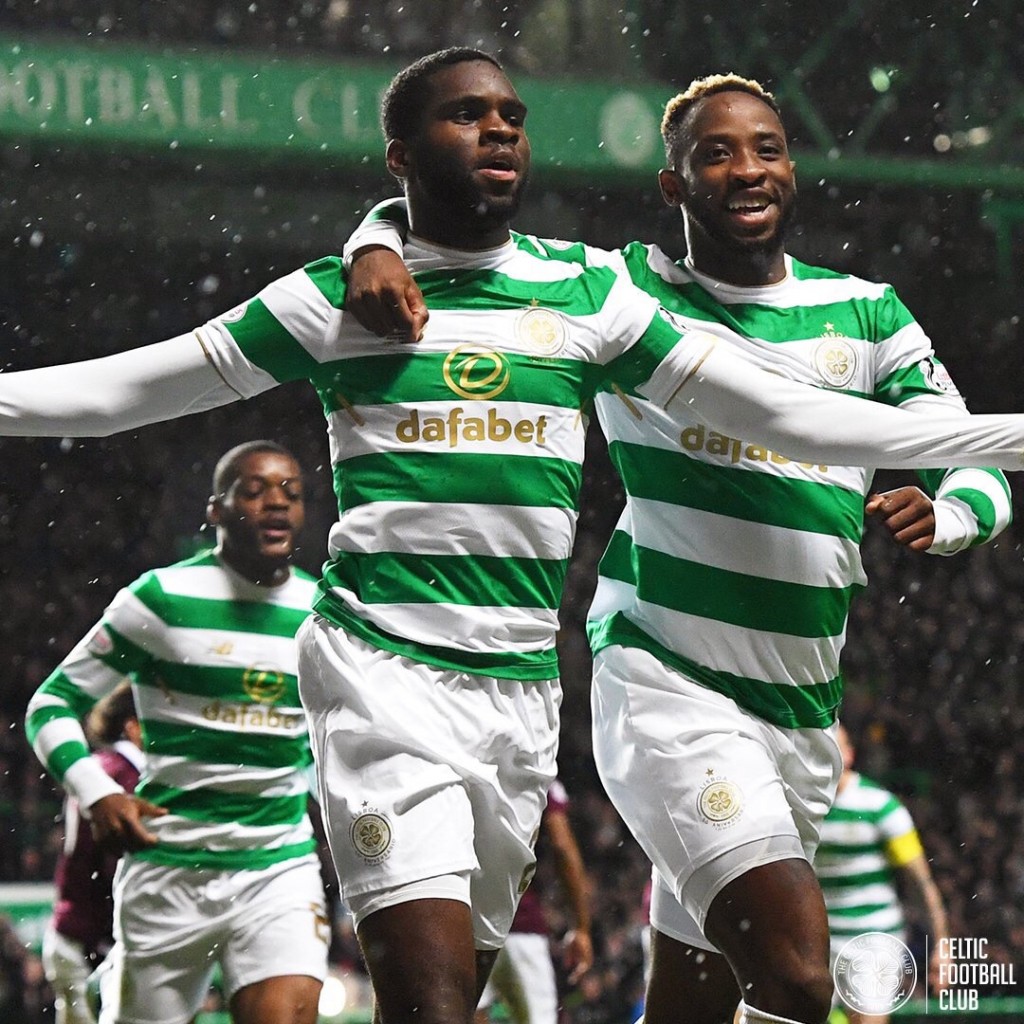 Rodgers has the option to make the deal permanent in the summer with the European giants looking for something in the region of £8million for the 19-year-old prospect.

The Hoops boss said: “Odsonne has come in here and he doesn’t have people behind him trying to piece together a load of propaganda about how good he is and how he’s linked to other clubs. People can then just pick up on he’s a young player.

“This is a boy from PSG who is their top goalscorer through all their levels of football and this includes when Moussa was there and all other players.

“He’s gone into international football and broken all types of records. He’s been brought in here because I think he can go into the team and play at any time.

“If you look at his goals to games ratio since he’s been here, he probably should have had three goals the other night.

“So, he’s an exceptional talent. I’ve never had any doubt about him.

“It was difficult for him when he first came in, but he played in a role just off the side the other night and he can do that because we’ve worked on it in training and we’ve seen how clever and bright he is, how fast he is.

“He’s got goals in him, his first goal the other night was absolutely brilliant, running at that speed to then lift it with that power, it was an outstanding finish.

“Odsonne was disappointed he didn’t score his one-on-one with the keeper and there was another one that came back to him. But his talent is there and what’s pleasing for me is the graft he puts in.”

If you had asked some supporters before Tuesday night if they thought Celtic should take up the option to sign the player in the summer, you probably would have had a majority saying no. That has changed and it will be exciting to see him play today.