Celtic Quick News on News Now
You are at:Home»Latest News»JIM McCALLIOG: THE ONE WHO GOT AWAY…TWICE!
By CQN Magazine on 23rd July 2021 Latest News

JIM McCALLIOG is in Scottish football folklore as the man who thumped in Scotland’s winner in the 3-2 triumph over the-then world champions England at Wembley on April 15 1967.

The Sheffield Wednesday midfielder making his debut at the age of 20 on the same day Celtic veteran keeper Ronnie Simpson was also taking his international bow – at 36.

McCalliog teamed up with three others Hoops stars – Tommy Gemmell, Willie Wallace and Bobby Lennox – that unforgettable day in London when Sir Alf Ramsey’s men were well and truly humbled on their way to their first defeat in 20 games. 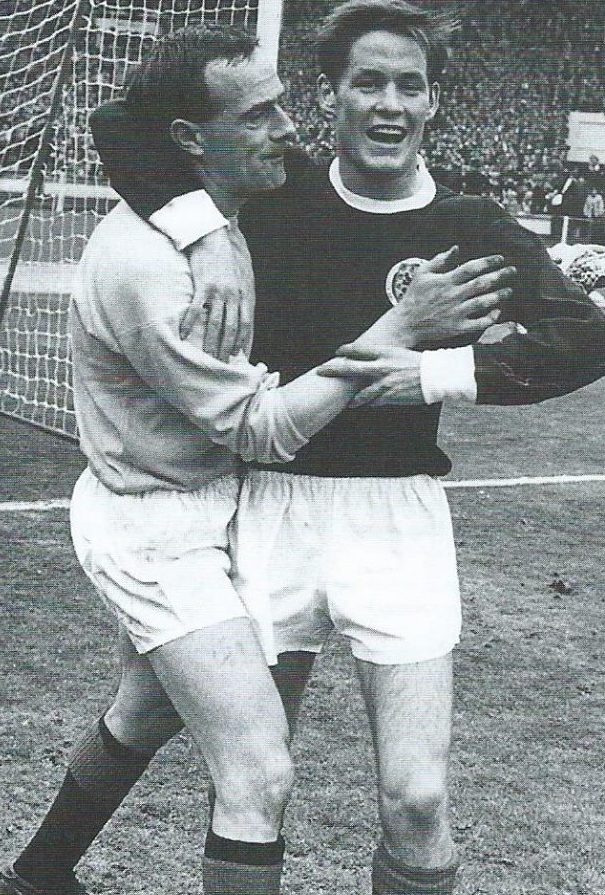 WEMBLEY WONDERS…Ronnie Simpson and Jim McCalliog celebrate their memorable Scotland international debuts in the 3-2 win over England in April 1967.

Simpson, Gemmell, Wallace and Lennox – who scored the Scots’ second goal to add to Denis Law’s opener against Gordon Banks – all had something else to celebrate the following month when, of course, Jock Stein’s all-conquering line-up became the first UK side to win the European Cup when they overcame Inter Milan 2-1 in Lisbon on the gloriously sunny evening of May 25.

Glasgow-born McCalliog would have been forgiven for wondering if he should have been in the Portuguese capital on that memorable occasion.

The player came so close to joining the Parkhead club on two occasions, but somehow managed to slip the net both times.

Author Alex Gordon, whose fifteenth Celtic book, ’50 Flags Plus One’ celebrating the club’s 51 untainted titles is on sale now, has been co-writing McCalliog’s official autobiography, ‘Wembley Wins, Wembley Woes’, which will be published later this year.

Alex told CQN: “I can’t give away too many secrets – I’ll let Jim make those revelations in his life story – but it is accurate to point out he could have been a Celtic player, once when he was emerging as a schoolboy of great promise and another time when he quit Leeds United as a fifteen year old. He had been at Elland Road as an amateur, but, for reasons which are made obvious in the book, he decided to come back to Glasgow in September 1963. 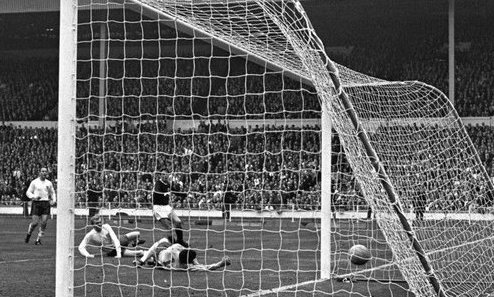 “Sean Fallon, Celtic assistant manager to Jimmy McGrory at the time, was on the scene, but he was just beaten to Jim by Tommy Docherty who was the Chelsea team boss at the time.

“The persuasive tongue of The Doc, who, like Jim, was born and brought up in the Gorbals, lured him back across the border and the rest, as they say, is history.

“Before that, though, Jim, who attended Holyrood school which had produced Paddy Crerand, Charlie Gallagher and Mike Jackson a few years earlier, had a meeting at Parkhead with Jimmy McGrory.

“What happened that day takes a bit of explaining – which is again in Jim’s memoirs – but one of the hottest schoolboy prospects in the country was missed by Celtic.”

McCalliog, now 74, became the most expensive teenager in British football when he left Stamford Bridge for Sheffield Wednesday in a £37,500 deal in October 1965 and his playing career also took him to Wolves, Manchester United, Southampton, where he won an FA Cup medal, and in the States where he played for a season with Chicago Sting.

* JIM McCALLIOG is the guest speaker at the CQN Open in Aberdour this evening. He will have some very interesting tales to tell!