CHRISTOPHER JULLIEN has admitted he “can’t wait” to get back into action after his 13-game lay-off.

The towering French centre-half has been missing with a back injury since the 5-0 Premiership victory over Ross County in Dingwall on September 12.

Jullien has reassured the fans he is getting closer to his comeback and posted a video highlighting his progress during his attempts to attain peak fitness.

Captioning the footage of himself lifting weights and working out, the £7million defender said: “First part of the rehab is done, thanks Aimery, we’ve put a hell of a [lot of]work. 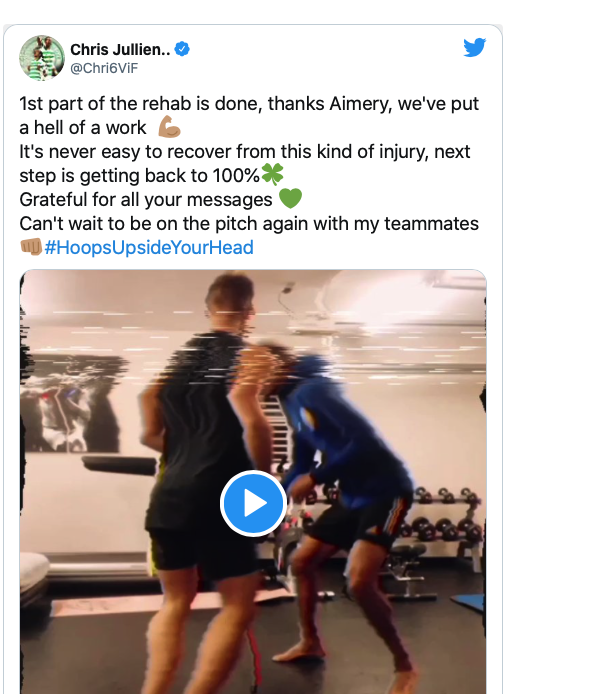 “It’s never easy to recover from this kind of injury, next step is getting back to 100%. Grateful for all your messages.

“Can’t wait to be on the pitch again with my teammates.”

Neil Lennon has seen the middle of his rearguard struggle in the absence of Jullien with 14 goals shipped in the last seven games with only one shut-out – the 2-0 triumph over Aberdeen in the delayed Scottish Cup semi-final at Hampden at the start of this month.

The former Toulouse ace is likely to be in the Hoops squad for the clash with Hibs at Easter Road tomorrow afternoon, but is unlikely to start the game.