Fifty years on the opening verse of that stirring, but barely remembered 1967 anthem never ceases to fill me with burning pride and a reservoir of wonderful memories that will never dry up.

For many of my generation, winning the European Cup in the Portuguese Capital against Inter Milan remains one of the greatest experiences of their lives.It never leaves you. 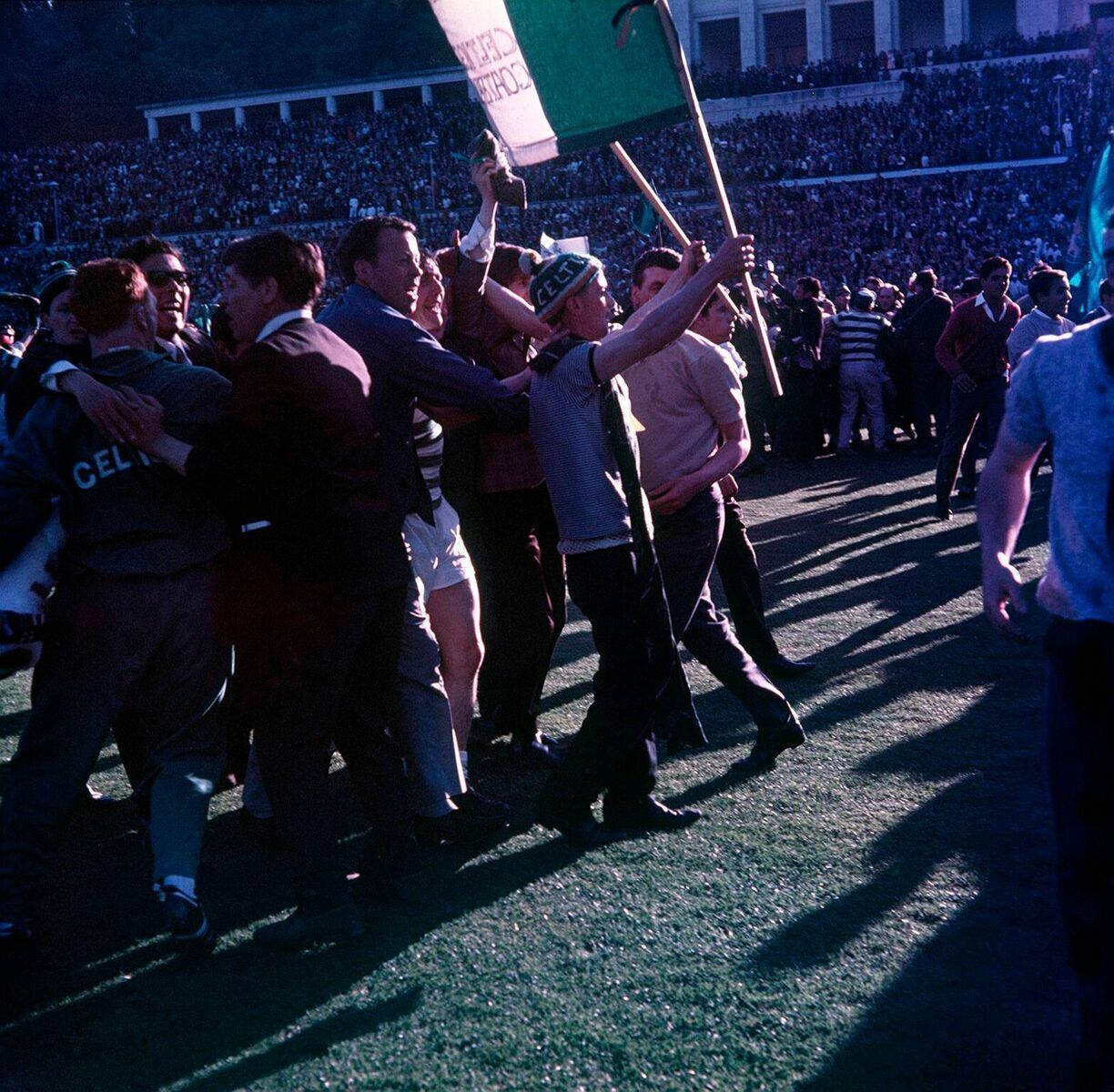 The historic events of May 25th 1967 defined our club, Celtic, as one of the major influences on the European game, ensured the late Jock Stein’s status as a legendary tactician and manager and established the Lisbon Lions as one of the greatest teams ever to grace a football pitch.

But that buccaneering Celtic eleven didn’t simply win a famous football victory in the sunlit Estadio Nacional. They wrote themselves and the football club they so proudly represented into the annals of the game’s wider history.

They won the hearts and minds of the global football public with the way their glorious attacking style swept aside the sterile defensive blanket Helenio Herrera’s hugely-successful robots had imposed on the European game.

I could fill this tribute with a gloriously long list of the records Celtic smashed during that incomparable 1966/67 campaign from winning all five competitions they entered to becoming the first British, as well as first non-Latin club to be crowned European Champions.

And don’t forget this magnificent feat was achieved with eleven players and a manager who were not only Scottish but were all born within 30 miles of Glasgow.

It’s extremely doubtful if any successful football team will ever again possess the sense of community and local identity that Celtic’s 1967 Band of Brothers overflowed with.

But just as important as the impressive statistics behind the club’s momentous achievement was the swashbuckling style and eye-catching panache that was so much part of the Lions’ DNA.

Before the 2-1, going on 10-1 victory in Lisbon, Stein pledged: “We don’t just want to win this cup.We want to win playing good football, to make neutrals glad we’ve won it, glad to remember how we did it.” 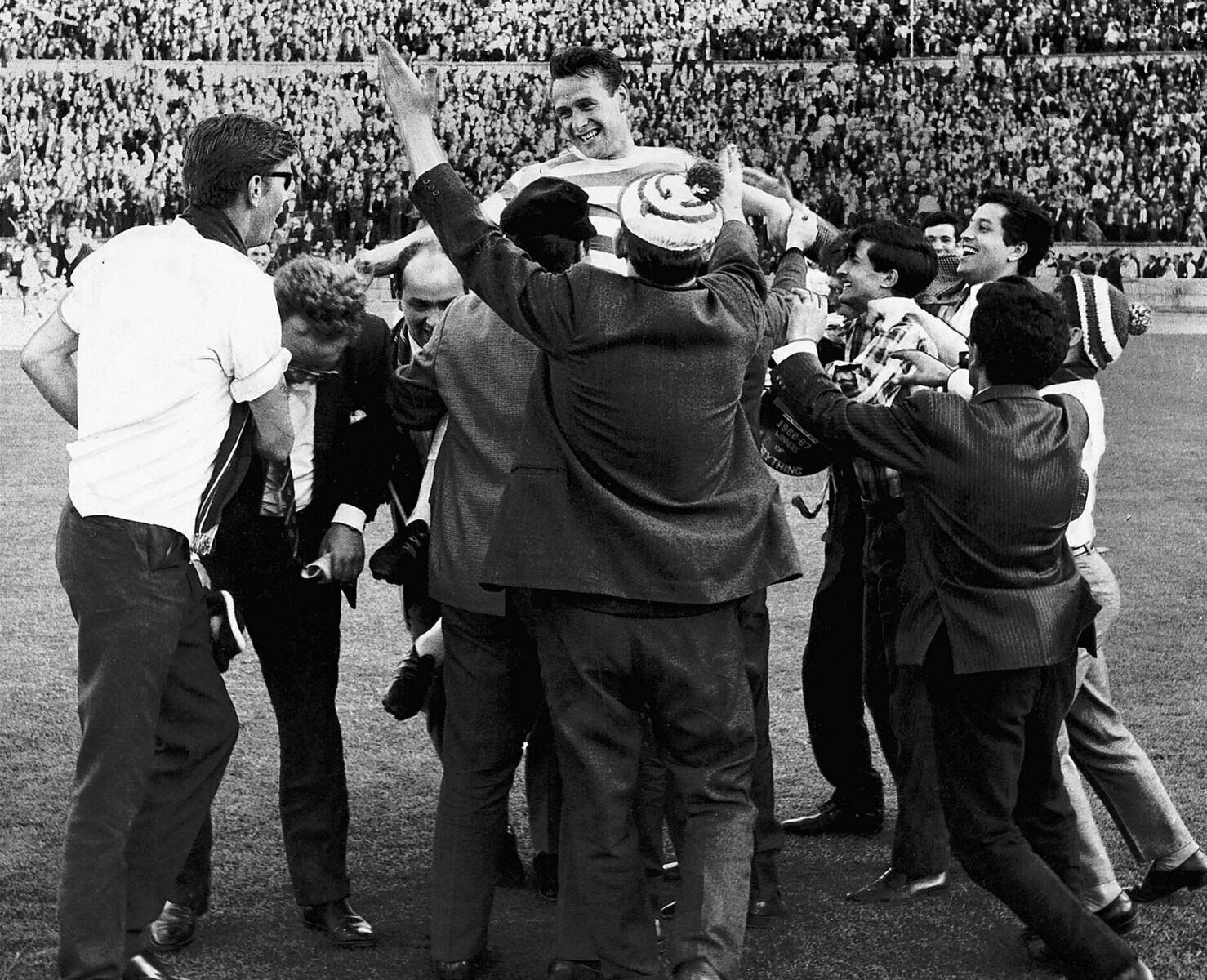 FORTY TWO attempts on goal – that’s an effort every 128 seconds were testament to the fact Stein was as good as his word and then some more as they produced the most captivating attacking show I’ve ever seen.

How Celtic managed just the two goals from Tommy Gemmell and Stevie Chalmers never ceases to amaze me, no matter how many times I watch the DVD of the game.

My only personal disappointment from the best year of my footballing life was not making it to Lisbon with the 12,000 travelling Celtic fans- regarded as the biggest ever travelling support for a European final at the time.

In 1967 I was still a teenager & earned less than £4-a-week (Celtic stars when Stein arrived at Paradise in 1965 made not much more than £40-a-week) and simply couldn’t afford the expense.In fact I’d never been on a plane and my longest journey had been on the Derry boat heading to my mother’s county of Donegal in Ireland.

My most powerful pre-match memories of May 25th, 1967, were going to chapel early on the morning of the match to pray for a Celtic victory with a green and white silk scarf furtively tucked below my jacket.I believe it may have been the feast of Corpus Christi and a mass was scheduled for sometime during the game.

Needless to say, the European Cup Final won over my religious obligations that day. But first I had to put in a long shift at work and it required a scary 100mph pillion ride on a motor bike to get home for the 5.30 kick-off. It was my first time on the back of a motor bike and also my last.

No sooner had I sat down with the family in front of our tiny 17-inch black and white telly than Sandro Mazzola scored for Inter from the penalty spot. The McNally household was thrown into abject despair and the language was very different to that which had been offered up at St Edwards earlier that morning.

But belief grew as a tidal wave of Celtic attacks wore down Inter and Tommy Gemmell’s thunderbolt equaliser 18 minutes into the second half was a massive relief as Inter keeper Sarti was having a blinder.

But nothing compared to the explosion of joy which erupted when Chalmers diverted a Bobby Murdoch shot past Sarti five minutes later with a replay looming and the nerves frazzled and frayed.

Before the winner I was so overcome with tension that I’d locked myself in the toilet, unable to watch. Eventually my father lured me out with the reassurance: “We are fecking murdering them!”

In the uncontrollable delirium after the Chalmers goal several bottles of Newcastle Brown Ale were knocked off a coffee table and my late mother’s brand-new carpet was stained by alcohol and buckets of tears from the joyful, whooping throng.She didn’t care and neither did we.

Later that night I’m reliably informed two of my pals from my local boozer were required to guide me home from a mighty session (that saw The Fat Ox in Whitley Bay rock to chorus after chorus of The Celtic Song) as we were off to Hawick the next morning for a weekend away.

Now the Borders is far from natural Celtic territory, but in what could easily have become a naïve act of ill-judged celebration I decided to march down the main street in Hawick waving a large Irish tricolour & chanting “Celtic, Champions of Europe!” 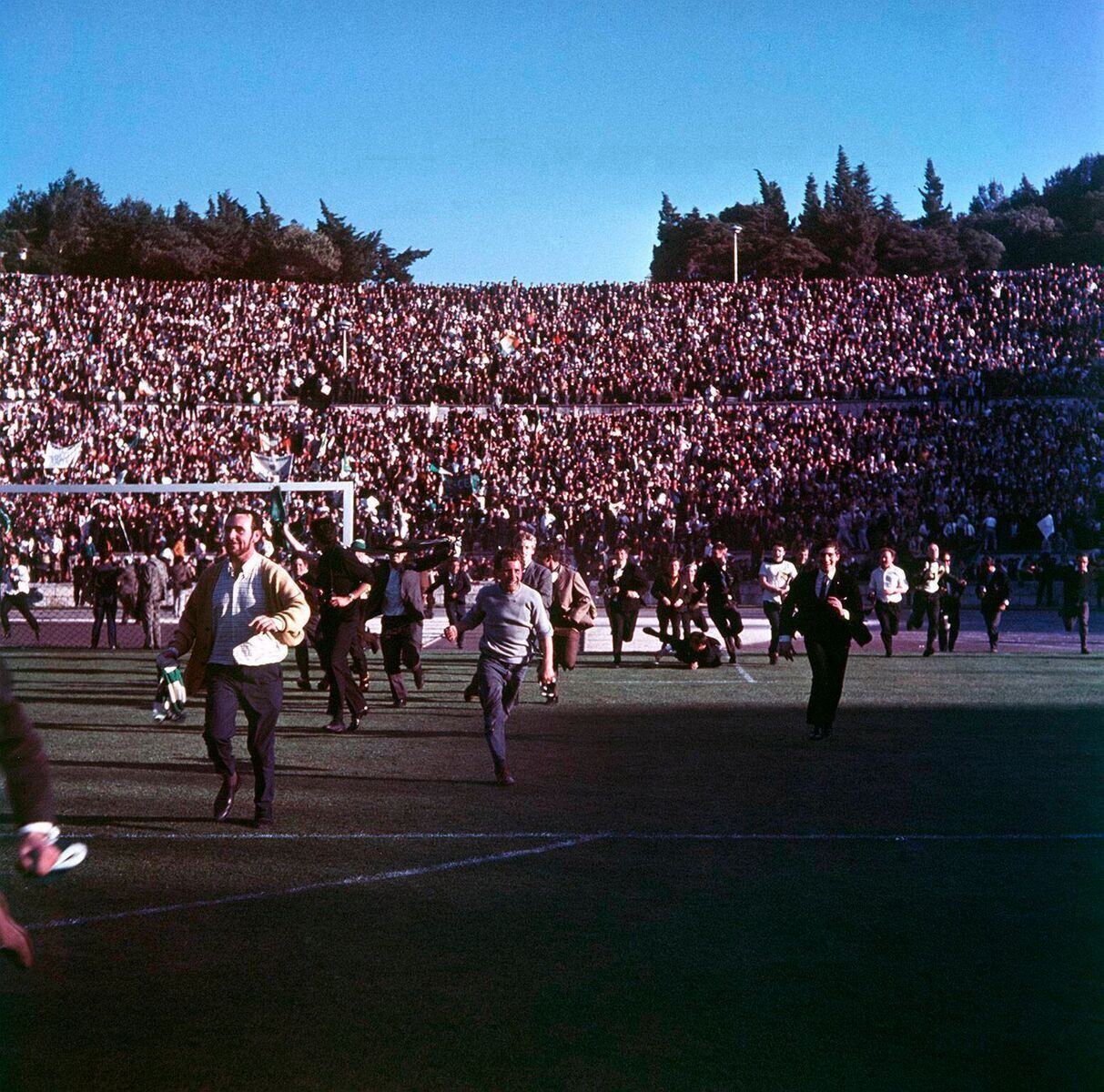 Fortunately, I was escorted by a gang of Geordie lads, who thankfully aided my absent sense of self-preservation although they couldn’t understand why some of the locals were less than enthusiastic about my antics.

Eventually we ended up in a little Hawick boozer called Jock Reid’s and found a more welcoming mixed crowd of both Celtic and Rangers fans and had a fabulous night of song, banter, camaraderie and whisky galore.

A wonderful weekend was capped when a Hawick Celtic fan invited us back to his house for an impromptu late night meal and asked me to pretend to his young son that I’d just returned from the glorious win in Lisbon.

I duly obliged with a drink-fuelled tale of my imaginary Lisbon experience and (so I’m told) presented the delighted young Hoops fan with the tricolour that had caused such consternation in the streets of Hawick earlier in that unforgettable day.

Next morning I awoke with the mother of all hangovers in a ragged tent on the banks of the river Teviot, moaning that someone had stolen my tricolour and, yes,you’ve guessed it, all my money.I never did learn.

But I knew back then that supporting Celtic couldn’t ever get better than the wonderful season and magical triumph Big Jock and the Lions delivered in 1967.

It has been one of life’s great privileges to have been around to see at least some of the outstanding feats of the peerless Stein side and to have enjoyed their incredible talents.

Some of the Lions have gone now, some are fading, but their collective effort and spirit will never die.

Whatever the future brings nothing will ever eclipse the fact that Celtic grew out of a poor Irish immigrant community to claim European football’s greatest prize and produce both Scottish football’s finest-ever team performance as well as the nation’s outstanding football achievement.

The legendary Bill Shankly may have declared Stein was immortal in the winning dressing room on May 25th 1967. But every single member of his Celtic squad who helped make the Lisbon adventure possible deserves the same status.